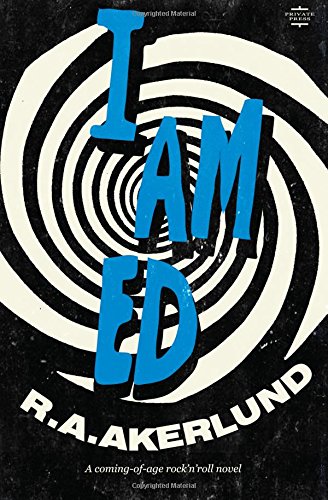 In Ed Henderson’s case, adolescence is harder than most. He finds himself orphaned at sixteen with three younger brothers to care for; Ed sacrifices his dreams of leaving home in order to keep the family from being taken into care. Music remains his comfort and passion, and so when grief threatens to overwhelm the family, Ed decides to teach his brothers to play instruments. Under his guidance, the brothers form a band, along with Ed’s friend Matt. Ed’s new girlfriend, Veronica who escapes her abusive father to become a surrogate mother to the little group, also joins them.

Success comes a little too easy, and in a short time ‘the Henderson’s have found an agent and achieved more than most. The Kilburn boys have, to all appearances, made good. Their Mothers death has improved their doomed lives, which puts a dark cloud over their overnight fame. With wealth and fame however come new problems. Steve, second-oldest sibling and star-singer, develops a heroin habit, and Ed’s love for Veronica is shaken by her affair with Matt and her unplanned pregnancy is making Ed unsure their future together. Focusing on Steve, Ed manages to rescue his younger brother from addiction, once again putting the needs of ‘the Brothers’ before his own happiness. It is not long, however, before the cracks start to show. Ed is drinking heavily and, after leaving Veronica for another woman, he flings himself into the cocaine-fuelled party lifestyle of the early nineties and a spiral of self-destructive hedonism.

Now it is the brothers’ turn to take care of a broken Ed. Steve, now a vegan yogic teetotaler, and sensible Ben, who has managed to achieve a law degree alongside rock-stardom, send Ed to detox with a group of rehabilitating new age ‘monks’. At last, Ed has the space to grieve his early losses, and acknowledge the weight of the responsibility, which he has carried for so many years. For the first time, Ed can think about who he is, and what he really cares about – music, his brothers, and his son. Just as Ed is ready to return to reality, he discovers that Ben and Veronica are in love. Devastated, Ed calls Ben, who instantly drives over to speak to him and en route, is involved in a fatal car-crash. Again, The Henderson’s have been cursed with death.

The novel ends with Ed sitting with his eight-year old son on the beach facing, once again, the anguish of loss and the burden of responsibility, with nothing but his guitar to hold on to.