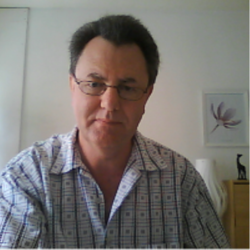 Philip was born in Birmingham, UK, in 1957, and emigrated to Australia — among the wave of ₤10 immigrants — in 1966. The family settled in Adelaide in South Australia.

After finishing school, Philip embarked on an ambitious degree in science and mathematics. This was not a great success! After a brief, inevitable stint in the retail industry, Philip began training to become an Anglican Priest. He completed a B.Th. and served for a while in a parish, before returning to full time study to complete a doctorate.

After some years, Philip left the Church and worked for a while in several community positions. However, after a while his ambitions returned him to the field of science, this time the biological sciences. He completed a second undergraduate degree, and subsequently a second doctorate.

Following this, at the ripe old age of 52, Philip became a post-doctoral research assistant at the University of Lausanne, Switzerland.

Always keen on writing, Philip finally completed his first novel in 2012, and is continuing to write in his spare time. His interesting and diverse life has provided him with some very fascinating experiences from which to draw upon in his writing.

Philip has two grown up children, both living in Melbourne, Victoria. He has recently (August 2012) become a proud grandfather for the first time. 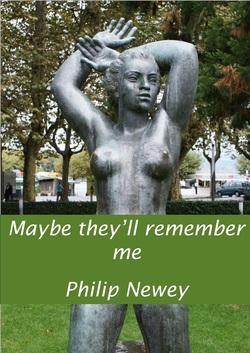 During and after the Second World War, Harold a young sailor in the British Merchant Navy serving on the Queen Mary, falls in love with the wild, impetuous Kate. But Kate's dreams to become an actress and a singer, and her growing success, prevent her from making a life with Harold. So Harold meets and marries Maggie…


Fifty years later, Gregory, the middle-aged son of Harold and Maggie, hears the tumultuous story of his parents' lives from the now elderly Kate, living in present day Switzerland. What he learns turns his life upside down.


This is a moving and confronting love story, set mainly against the background of wartime and postwar Britain. Who we are, who we choose to become; the decisions we make and their consequences. This is the stuff of life with which the story confronts the reader.