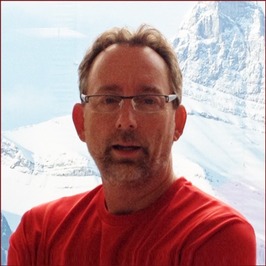 I was born in Glen Cove, Long Island, attended Warren Township High-School in Gurnee, Illinois and later graduated from Illinois State University with a BS in Theatre and Speech. I moved to Los Angeles and wrote several treatments and screenplays with my friend Patrick Read Johnson. One was optioned by 20th Century Fox under the name “Fortress”. In the mid to late eighties, I penned several plays that were produced by small theatre companies, including a full blown musical using my original score. Though my main focus was a business career and family, I was always writing secretly and in my precious spare time. More short stories, screen plays and stage plays were written and sat on a hard drive somewhere. . . many years passed.

In 2007, following a request by my two kids to read them a bedtime story, I decided to make one up on the spot, and “Skull Eye Island” was born. My wife urged me to create it as a novel. She is right about most things, so I did what I was told.

I wanted to create a story that would be exciting for children and young adults, and one that was easy to read aloud. I also wanted to keep the adults interested so that children could see their parents enjoying the story and see that reading is fun. That’s how we create future readers, by setting an example.

The heroes in Skull Eye Island and Castle of Fire succeed using courage, intelligence and determination. They have it within themselves to do something great. No need to wait for a magical event or some super-powered relative to grant a bizarre power – People can succeed and excel with what we have inside ourselves.

I live in Arizona, with my wife and two children.