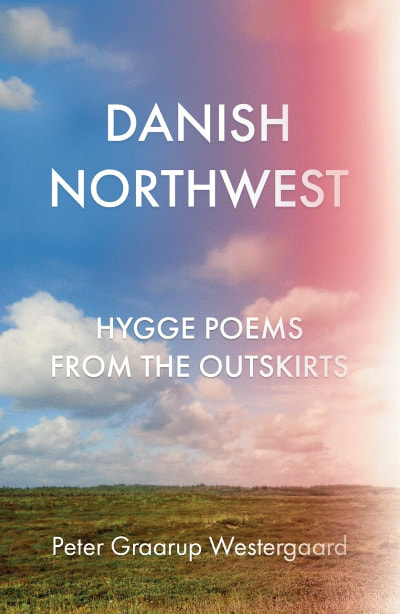 Danish Northwest is a poetry collection that shows “hygge” in its various aspects as practiced or rendered on the outskirts of Denmark, more precisely in the northwestern region of Jutland called Thy. The poems were originally published in Danish and in a dialect called “thybomål”. As with any translation, the English version can be considered in a sense a new collection of poems given the adjustments and additions needed to capture the essence of the original. New poems have also been added. This new rendering has been achieved through a collaboration between Peter Graarup Westergaard and the Irish poet Mary-Jane Holmes.

The tone that emerges in the description of the region of Thy is both serious and amusing. Through comic observations and story, the poems offer insight pertaining to growing up and living in Thy. The collection is also a piece of Danish history told through the eyes of a somewhat fictional narrator, who takes both the outsider's and the insider’s position while depicting historical events that have shaped Danish society during the 20th and 21st centuries.

The fact that Danish Northwest exists in the English language is fitting. The poems are greatly inspired by English literature, and Irish poetry, poets such as William Butler Yeats, Seamus Heaney and Paul Muldoon, among others. That is not to say that these poems are not rooted in Danish soil, on the contrary, Danish Northwest is greatly influenced by Danish folk culture, as well as serving as an intertextual correspondence with significant Danish authors as Jens Peter Jacobsen, Johannes V. Jensen, Steen Steensen Blicher and Knud Sørensen. Danish Northwest depicts a piece of Denmark described through the combined lenses of both Danish and English poetic traditions.

Interestingly, the Danish dialect “thybomål” has structural and grammatical similarities with the English language, and in that sense, by re-creating the poems in English, they transform and move toward the tone of their attendant or secondary language.
​
This poetry collection deals with current political themes in Denmark and the EU: Regional country life versus the modern welfare state, globalism/nationalism/regionalism, Christianity versus atheism, gender issues and immigration. Danish Northwest strives towards being political poetry, but without any obvious agenda, except perhaps the observation that the centre cannot be cohesive because of the obvious reason: we are at the periphery.