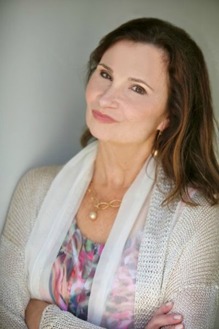 Peggy Hattendorf is a native Californian who is married with two grown children and four grandchildren. Her husband’s career moves afforded them opportunities to live in New York, the San Francisco Bay Area, Austin Texas and San Diego before they finally returned after a sixteen year absence to the Los Angeles area. Her passions are family, travel, exercise, writing, reading and entertaining.

Peggy’s earlier careers helped cultivate and enrich her interest in writing. Starting her professional career in the human services field, she held senior executive positions in a number of name recognized non-profit agencies. Responsibilities included composing technical and operational handbooks for staff, service volunteers and board members. She remains active in this field serving on several non-profit and not-for-profit boards.

Her management expertise guided her to her second career in the travel industry. This spanned more than twenty five years and encompassed owning a number of travel management companies highlighted by the co-founding of a nationwide marketing consortium for travel agencies and independent contractors. She wrote daily supplier updates and general travel news stories, along with a bi-weekly column of personal travel choices and industry updates, distributed electronically to the 5,000 members.

She maintains an ambitious travel schedule and consults in the travel industry. In addition, she holds the position of Travel Editor for Hers Magazine based in Atlanta. She writes travel feature articles for the magazine and a column on the website called “Travel-Hers” for all things travel.

Her background with upscale and luxury travel and products, served as cornerstones in the character development and storyline of her first novel - “Son of my Father – A Family Dynasty.” She is currently working on the second book in this series.

Son of My Father - A Family Dynasty