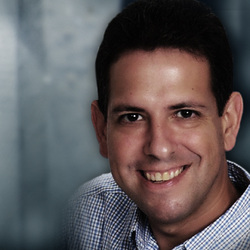 Pedro L. Alvarez is a Cuban-born writer who immigrated with his parents to the United States at the age of 8. He grew up in West New York, New Jersey, where he first discovered the joys of reading and writing short stories. His first book, "Dragon Fire," was published in January, 2012. 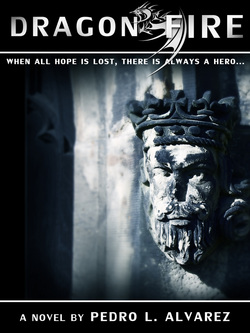 In a land where kings and magic rule, a farmer’s son and a princess who dreams of becoming a knight are born under the same moon; together they take a stand and forever change the course of their world.

When Delcan is born, he is brought back from the brink of death by a wizard who proclaims him to be the prophecies come to life – the commoner who would unseat the tyrannical king, Orsak. At the age of nineteen, searching for a way to break free from the mundane life of farming, Delcan becomes a champion in the tournament that will make him a squire in the service of the King.

When Delcan discovers his father's secret past as a knight himself, his life as a squire suddenly becomes complicated. When he falls in love with Princess Aria, the leader of a secluded rebel force bent on overthrowing the King, it turns deadly.

Dragon Fire is a coming-of-age tale set in a world where the young have no hope and the old no longer believe in magic.