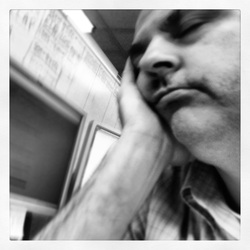 Growing up in Missouri, Paul Philip Carter loved throwing rocks at water spiders. The usually still and stagnant creek channel by his childhood home harbored pools of fetid water perfect for the low-profile leaping insects. Breeding water spiders was not the only crop of this fertile valley where Paul spent his childhood. Paul's imagination bloomed here as well and he places the foundation for his love of writing and storytelling in these early childhood memories.

“I told so many stories as a kid my mom always said I’d either be a lawyer or a writer.”

Thankfully law school did not appeal to Paul. Instead he pursued a career in technology, and while getting married and raising a family he worked in telecommunications and for a secretive government agency with a three letter acronym for its name.

Finally, nearing his forties, a decision was made and the first pages of the dystopian fantasy The Plotters of Cantaera were born. Having fed as a kid on a steady diet of sci-fi as well as fantasy, the storytelling could not be stopped at the Plotters. Romy Malloy was born, and the world of multi-dimensional science fiction and Erectile Dysfunction would never be the same. Soon, Culver Bishop will grace us with her presence and teach us more about near-earth orbiting research facilities and nano-technology.

Paul now spends his days writing, including self publishing his works. Stop Sucking And Start Writing - Hey WHOA there fella! You CAN be a writer! is the culmination of advice Paul actually uses and is available as an e-Book for any and all writers to use to find inspiration.

Paul lives in the Midwest with his wife and kids and a dog named Oliver.

The Plotters of Cantaera Book One: Enemies 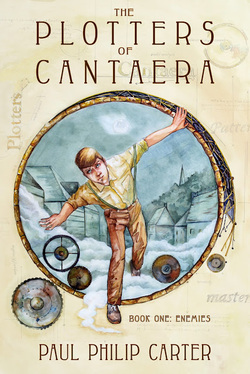 It is a popular tale, one that is passed down through the ages, often repeated, and eventually believed to be true.

An epic story of a young man born to fulfill prophecy.

Guided by fates and controlled by powers he cannot perceive.

Destined to sacrifice his life for the greater good of his world.

But this is not THAT tale...

William knows that prophecy is not the future, and fate is not the master and creator of true reality.

The only reality William desires is to preserve his home and the love of his family.

But the only way he can secure that reality is to make the people of Cantaera understand that what they believe is real... the history that they think they know... the mythology that guides their futures... is all just a fabrication.

Reality is just a contrivance of the Plotters. 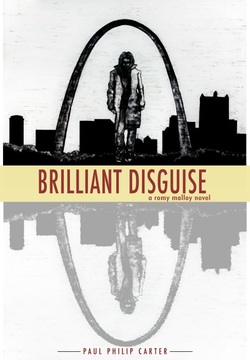 Dr. Romy Malloy has finally found a man worth dating.

That is, until she discovers he is from another dimension stranded here with less than twenty-four hours to live unless she helps him fight off assassins and find the portal to return to his home dimension.

Romy's just a girl trying to make a living running a sleep-study/erectile dysfunction clinic in downtown St. Louis Missouri. Now, if she ever hopes to have a real date again, she'll have to trust in the help from a mysterious cop, her Ozzy Osbourne-loving friend, this weird guy from another dimension, and an over-sized dog left with her by her pig of an ex-boyfriend.