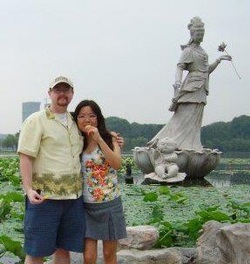 Paul Densmore has often described himself as a health conscious Bukowski, a straight Oscar Wilde and slightly less of a curmudgeon than Harlan Ellison. And as these are the only terms which he uses to describe himself, anything else is merely speculation. However, it is generally held that he graduated with a BFA in Sequential Art from the Savannah College of Art and Design. Some have even claimed that he lived several years in South Korea and China, teaching English and dodging adulthood. There are rumors, flying around, that he now lives in Louisiana with his wife, Yuan and their daughter, Toni Li. These wild guesses should be taken with a grain of salt, but the first three descriptions should be taken as gospel truth.

The Cinderella of Chimes 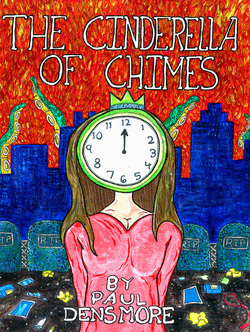 Being a hard-boiled romance set in Suicide City! The City is about to fall in the Ocean. Everyone knew it was coming, but it still took them all by surprise. The mass exodus left nothing but garbage, corpses, empty buildings and the weak or infirm. The perfect place for a suicide party! Jack and Jane move to the City in order to live fully and die quickly, hopefully in that order. Along the way, they meet up with Doc, a widower who has chosen to be with his late wife. The three of them form a friendship and an agreement to see the end together. However, the death of the City is bringing about breaks in the walls of reality, not to mention numerous breaks in the story's third wall. Pitted against all of this is a cast of characters including: Tickle the elf, the Psychotic/Cannibalistic Marching Band, the Eldritch One, the Master, the Boss and even the Reader (you). In and out of dimensions and levels of reality, these 'doomed' souls find love, courage and even a will to live. But, in Suicide City, can anyone have a happily ever after? A hilarious, unique and powerful tale. A soon-to-be cult classic, sure to stick with the reader long after the book has been put down.