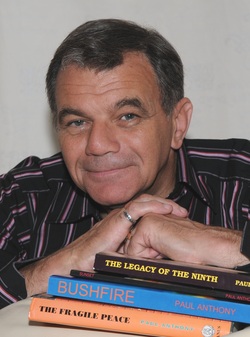 PAUL ANTHONY has written a number of fictional novels and a collection of poetry which appear in Print, Amazon Kindle, Apple ipad, and PDF download format. In the past he has been published by a Vanity House and a Traditional Publishing House. He is currently an independent self publishing author with a store front on the 'Lulu' website. He has written both television and film scripts either on his own, or with the award winning screenwriter, Nick Gordon. Paul Anthony is the pseudonym of a man born in Southport, Lancashire.

The son of a soldier, he settled in Carlisle before joining the Police as a Cadet. Joining Cumbria police at the age of 19, he served throughout Cumbria. As a detective, he served in Cumbria CID, the Regional Crime Squad in Manchester, the Special Branch, and other national agencies in the UK. He is the holder of an Honours Degree in Economics and Social Sciences, a Diploma in Management and a Diploma in Office Management. The Chairman of a Registered Charity, 'Champ's Camp', he is also a supporter of the Dyslexia Foundation UK who recently selected 'The Fragile Peace' to be the first book in their audio library. He is a keen promoter of 'United Artistes Casting Agency' which works to provide job opportunities for ex military and police in the acting field, often providing both 'extras' and people with 'specific' military skills required by film and television production companies.

When not writing, Paul Anthony enjoys reading a wide range of works, reviewing same, and playing guitar badly. He also enjoys running, kettlebells, athletics, keeping fit, dining out and dining in, keeping Koi carp, and following politics, economics and social sciences. He is married and has three adult children and five grandchildren. 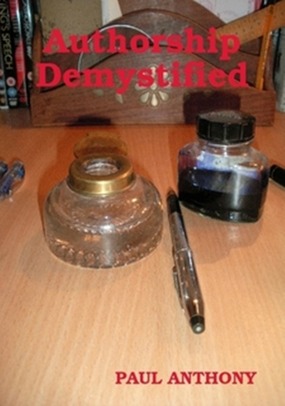 'Writing is a very personal journey but the destination is much more public if you want to be published. Commitment, imagination and determination are the lifeblood of authors. It is what drives them to succeed and describes the stuff of dreams. Somewhere between the first tap of the keyboard and that final full stop lies a thousand unspoken questions about what one might do with the finished work, and whether you will succeed if you are ever published. In the beginning planning is a crucial element since research, mind wrestling, plotting and crafting, are key components of that piece of work you are determined to complete...

Welcome to the wonderful world of writing. All one needs to do now is demystify the route ahead. Let me tell you my story, share my experience, and attempt to signal the various ways forward that you might choose. Authorship Demystified discusses and suggests ways to help and guide new and emerging authors, unpublished writers, and established authors seeking new grounds, fresh challenges, and a sustainable readership. Indeed, I try to take new writers on a journey to a prolonged authorship by beginning with an author’s first book and ending with a writer’s first screenplay. On route, the suggestion is made that the era of writers looking for a traditional publishing house with which to publish is in a downward spiral of decline.

Essentially, there is a discussion on the subtle evolution of self-publishing authors to that of independent publishers.

In 2014 I‘ll be celebrating twenty years as a semi-professional writer and I have decided to share that experience with my friends, fellow authors and aspiring writers. 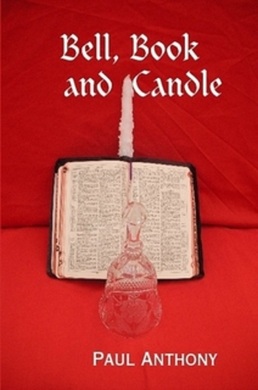 From an ancient Silk Road in the Spin Ghar mountain range and the red-bricked chocolate box skyscrapers of one of the oldest civilisations known to mankind, the travellers begin their journey. Fourteen hundred years of struggle and anguish arrive in the unspoilt backwaters of Cumbria’s Lakeland Fells and erupt in a bloody, deadly climax.

A simple bell, book and candle adorn the altar of a village church yet the parishioners are unaware of the gathering storm clouds that herald the arrival of the ‘Eternal One.’

Will the Cumbrian detective, Boyd, work out why it has taken since the seventh century for the problem to arrive in his back yard? It’s not until a child is kidnapped that Boyd realises he needs to separate out good from bad; normal from extreme, and the innocence of youth from the guilt of maturity. Boyd is fighting the biggest dog in the pack and the Shimmering Dawn is about to unleash its terrifying dogs of war.

Crammed with intrigue and drizzled with Machiavellian conspiracy, the plot dissects the culture and very existence of the Middle East as it gradually and passionately boils over into a turbo charged thriller of acrimonious conflict and religious aura when the history of yesteryear explodes with the reality of today. 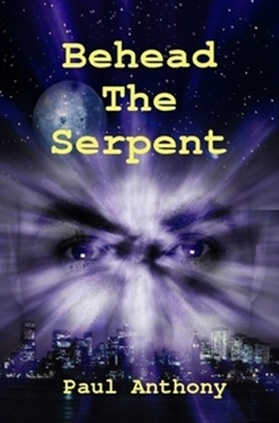 Compromising photographs discovered in a vacant office in central London are not immediately connected to a ferocious attack on Davies King. But when the campaign against the chief of detectives and his closest friends turns to blackmail, it becomes personal.

A series of horrendous bomb attacks and brutal shootings convince Davies to discharge himself from hospital and confront the two ‘most wanted’ criminals in the United Kingdom. Disillusioned with a temporary chief constable, and anxious to relieve a stressed out bomb disposal officer, the chess playing detective joins forces with British Intelligence to challenge the megalomaniacs who are holding the nation to ransom.

Her Majesty’s Government announce a Tier One threat level as the lights across the south of England are extinguished and parts of Europe and North America face the reality of the first stages of society’s breakdown - Dystopia.

It’s a simple question for the obstinate detective to answer. Does the country pay the ransom or do the lights go out?

It’s not rocket science, but who makes the decision, and why? 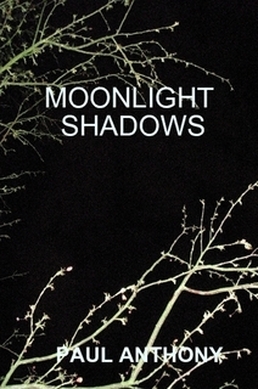 When Conor is betrayed, he spends the night hidden in the bracken surrounded by security forces hunting him down. As moonlight shadows flicker, he realises who is responsible. With his unit destroyed, Conor sets out for revenge.

But dark unspoken forces are at work and the track goes cold.

A decade later, Pegasus, a discredited British Intelligence Agent, produces a mysterious piece of computer software and demands reinstatement. The enigmatic software, carried in a memory stick, threatens to destabilise the world’s economy should it fall into the wrong hands.

Assured of peace, desperate to be home to be near her loved ones, Pegasus returns only to find herself plunged into a world where he who holds the software holds the future of the world in their hands.

A breathtaking international chase involving terrorists, spies and criminals ensues with greed, corruption, dishonesty and mistrust, uncovered in the most powerful of places as the need to secure an enigmatic memory stick dominates proceedings, twists, and conspires to destroy the human relationships that so many take for granted. Only Davies King, a chess playing, barfly of a detective, and his trusty team, seem capable of bringing sanity to the lawless corruption threatening the very fabric of a cyberspace driven society.

But all the men and women of power can be trusted with such responsibilities, can’t they? Or is one of their number a traitor to his country, a traitor to his calling..... A traitor of the worst kind. And there’s only one traitor.... Isn’t there?

Paul Anthony builds tension into every page. His characters are so real you will feel as if you know them, and believe me, some you will never want to know... A cracking read...  Pauline Livingstone, Editor and Book Critic. 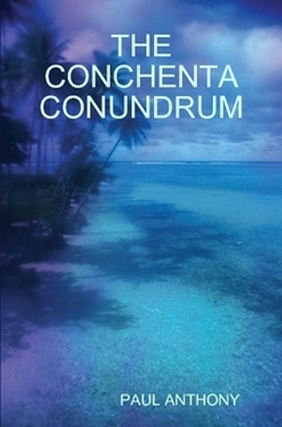 Two beautiful and mysterious women are murdered in the same week. The local police chief believes both killings are the work of one man and instructs his officers to bring about a swift conclusion to the investigation. Davies King, the hardnosed, chess playing detective, reckons the game is much more complex and refuses to accept an apparent checkmate. With the odds stacking up against him, Davies tries to shuffle all the pieces and capture the guilty party before an innocent man is wrongly arrested. But the clock is counting down, there'’s a bomb explosion imminent, and he's running out of time....
With enigmatic characters that are credible and authentic it doesn’t take long to become engrossed in a well crafted and gripping plot. Paul Anthony's mesmerizing conspiracy carries the reader all the way and skilfully builds to an exhilarating and explosive finale.

THE LEGACY OF THE NINTH 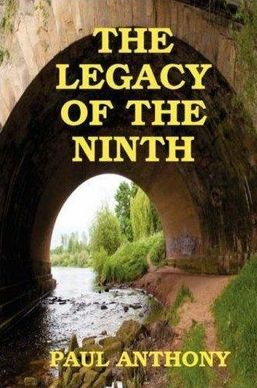 Packed with action, stacked with intrigue, and sprinkled with ingenious conspiracy, The Legacy of the Ninth is a whirlwind thriller of bitter conflict and religious mystique, echoing through the centuries of time from the desert wastes of the Roman Empire to the luscious green valley of the River Eden and the land of the Lakes. Behold, the noble Domitian: a valiant Roman Centurion who witnesses an appalling act of mass suicide in the Negev desert, and Hussein who plunders a Jewish artefact from its rightful owner.

Centuries later, Boyd, the detective, tries to find out why events in Masada are now so closely linked with nearby Hadrian's Wall. Indeed, against all the odds, Boyd realises that the links are so strong that prospects of peace in the Middle East are in danger of collapsing...Things can't get any worse, can they? 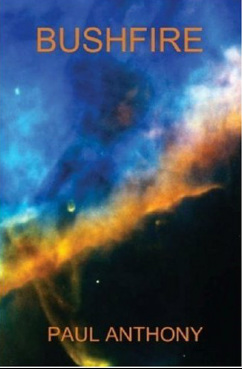 A terrifying thriller of greed and deceit.

The action spans the oceans; from Northern Ireland, to Portugal, from Colombia to the British Isles, and is set against the inferno of a raging drugs culture. Cumbrian undercover detective, Boyd, working with two Portuguese investigators, a determined female British Intelligence officer, an American drug-busting legend, and the covert power of the State, battle against globally organised crime syndicates unaware that some amongst them have different plans... 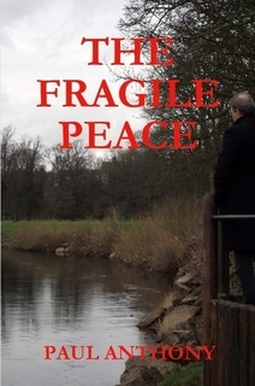 A thriller of violent prejudices and divided loyalties. About the province where no-one talks, this story tells it like it is. This Ulster novel reaches to the very roots of sectarian life and death. Written by a member of the security forces, it penetrates behind the media-screen to reveal a human landscape that is unknown, yet startlingly believable. It is a world where sworn enemies may exchange confidences over a game of snooker; where a kneecapping operation turns into a deadly vendetta fuelled by sexual jealousy and where the fate of the United Kingdom could rest in the hands of one punch drunk bruiser with a dangerous addiction. Everything is here, from the glamour of hi-tech intelligence work to the despairing pub-talk of men locked in the past. Trace the origins of these relentless tit-for-tat killings, often starting in childhood and see how the lives of vastly different people may by mysteriously linked forever against the fatally beautiful backdrop of Northern Ireland.