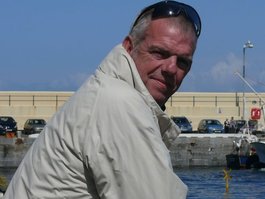 I was born in 1961 in Rhodesia (now called Zimbabwe) to English parents. My father worked for Caltex Oils and my mother for the Rhodesian Government. I spent the majority of my early days at various boarding schools in Rhodesia, before returning to the UK in 1975, where I attended school in Marlborough. Since then I have lived in many different places throughout the world - at present I live in the sunny province of Almeria in southern Spain.

My favourite passions are, amongst many others, writing and motorcycles, specifically racing motorcycles. I love to go to the nearest track and have at it for the day, as you'll see in some of my photos.

When I was young, I was brought up on books - there wasn't much TV in those days in Africa - and I still think about all the books I read back then: Enid Blyton, Swallows and Amazons, Wilbur Smith, James Herriot, and many, many others. I loved reading, and devoured everything I could get my hands on.

I read quickly and can easily finish an 80,000 word novel in two days, if it engrosses me. That same ability to speed-read causes me quite a few problems with editing my own work...

I served for 24 years in the British Army and experienced lots of different and interesting things during that time. I had a good time whilst I served, and I gave of my best. Since leaving the forces I have had the opportunity to visit many amazing countries. Amongst others I have been to Afghanistan, Yemen, Pakistan and quite a few countries in Africa, too.

I spent the majority of last year in Libya - it was a big year for the people of that country and I was fortunate enough to witness some major events unfolding whilst I was there. Being there when the rebels burst into Gadaffi's compound was quite something else, believe you me!

I've been writing novels for almost six years - to read more about me and my writing adventure, please visit my website.
http://www.crazywritingrice.co.uk 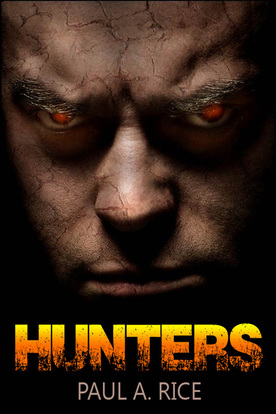 Some are born and some have been chosen. Born or chosen, it matters not – once a Hunter, always a Hunter. Pure of soul, clear of eye, and brave to the point of insanity, to be a Hunter is their destiny.

They live to fight an invisible evil, one lying scattered amongst everything mankind knows. The Darkness must be destroyed, and there is no price the Hunters will not pay to achieve their goal.

Kenneth Robinson sees himself as a normal guy, simply working hard and trying to make the best of his life. Unfortunately, he managed to acquire a certain set of skills during the course of that life. Those same skills just so happen to be very desirable when it comes to dispensing with the Darkness and its evil hosts.

Ken is about to take a ride through insanity, a mind-melting trip to the far side of reality. In order to survive he will need to call upon the experiences from a life filled with adventure, with danger, and with blood.

However, nothing is ever certain in the life of a Hunter, least of all life itself.

Only those chosen to be Hunters may render battle unto the Darkness.

Ken has been chosen – this is his story. 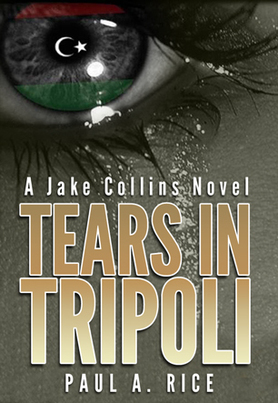 Providing security for international media teams is old-hat for Jake Collins. He’s been there and he’s done that. However, his latest little jaunt, one that sees him travelling right into the heart of Libya, soon turns out to be a trip with a difference.

The day after Jake arrives in Libya, the rebel assault upon the heart of Tripoli begins. The destruction of Colonel Gadaffi’s compound, a giant, walled village in the heart of the troubled city, is the Rebels' only goal, and they will not be stopped.

Jake soon finds himself in the thick of the fighting, racing through the war-torn streets of Tripoli with a camera crew under his wing. It’s never easy trying to stay alive in a world ripped apart by revolution and madness, especially when some people in his crew seem absolutely determined to get themselves killed.

Finding himself surrounded by death and love, sadness and joy, it seems to JC that there are enough tears in Tripoli for a man to drown in. Jake Collins doesn’t do tears, and he’s not that keen on drowning, either.

After providing security for an international news team in Tripoli, where they had travelled to film during the fall of Colonel Gadaffi’s regime in August 2011, I headed for New York to visit the family of a client who was tragically abducted and murdered whilst she was filming on the war torn streets of the Libyan capital. Andi had become quite a favourite of mine and we’d started to develop a bit of a thing for each other. She liked me and I liked her, very much.

Then she was killed, her horrible death hitting me hard.

Reaching New York, I was stunned to discover that Andi had a son, a young boy named Harley, who was now being cared for in New York by Andi’s twin sister, Bryony. This woman is the absolute image of her dead sister, and during our time spent together in the Big Apple, I began to develop some deep feelings for her.

Having given Andi’s family a large amount of money, with which to help raise young Harley, and deciding that it’s far too early to get carried away with a new love affair, I head for home, to Italy, where I had plans on putting my feet up for a while.

However, as is always the case in my crazy life, things didn’t quite go to plan. My ideas of taking a break are quickly thwarted by the sight of someone I know, someone rather nasty from my past, a man who just happened to be meandering around JFK airport as I sat waiting for my flight to Italy…