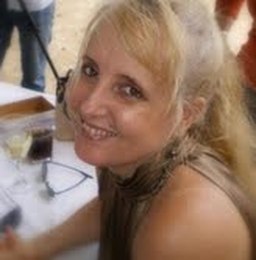 On any given day you can usually find me sitting at my desk in front of my laptop pounding away at the keys writing another chapter in the Paradox series. That would be a run of the mill kinda day for me!
A packet of Cruskits and a water bottle, that is now at room temperature, is sitting on the desk beside me. There is also a mass of USB cables, notepads, bills to be paid, bills to be filed a bunch of pens and a printer that is forever running out of ink. Sound familiar.

On most days I have to remind myself to eat and drink. I Should be thinner!!!

I am sure my housemates are very thankful that I still manage (usually at some ungodly hour) to bathe, brush my hair and clean my teeth.
I don't know about you. But I am usually mortified when visitors just pop around uninvited, only to find me sitting at my desk and still in my PJ's. I don't even want to broach the hair situation! Did I remember to put last nights dishes away???
Born in Brisbane Qld Australia. Grew up in Darwin in the NT. Now living in Cairns Qld.

PS: If you are thinking about popping a round for a coffee, that might be nice. But please give me a quick call first so I can brush my hair and smear a bit of colour across my lips.

Paradox - The Angels Are Here (Book 1 in the Paradox Series) 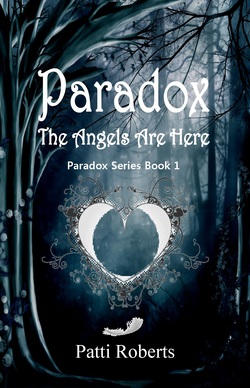 Paradox Series: Spanning over centuries to the present day, this is a story about love, loss and betrayal. The horrifying discovery that nothing is as it seems. When there is nowhere left to run & letting go is your only choice. Nine hundred years ago, under the complete cover of darkness, the Grigorian army rose silently from their underground lair and attacked the Bulguardian Royal Palace. The bloody and violent battle between the two most legendary houses raged on. All but destroying the majestic Royal City of Altair. It was not the first war that Juliette had endured between good and evil. And it most certainly would not be her last. Today, A little girl's world is turned upside down by a visitor,the Angel of Death. She finds herself trapped in a nightmare, consumed by her paralyzing loss and overwhelming grief. The haunting visions and untimely deaths of others are a constant reminder that life and death are only a heartbeat away. She eventually befriends the unusual little girl who moves in next door with captivating violet eyes and a profound knowledge of things that far exceeds her tender years. A saga crossing over two worlds. Two souls being drawn precariously together over the centuries. When your destiny has been written in blood, and you are left with one burning question. Is your Guardian Angel from Heaven or Hell?

I wasn’t supposed to read this book until I finished two others I had in front of it. After a peak inside I was sucked in and finished the book in one evening. It was a little hard to follow at times, but the author did an amazing job with the characters.

I will be reading the next in the series. I want to know more about these interesting characters and original view on angels. I’m very curious what the future holds for Grace.

I rarely give five stars, but the fact that I couldn’t sleep until I finished it deserves it.

Paradox - The Progeny Of Innocence (Book 2 in the Paradox series) 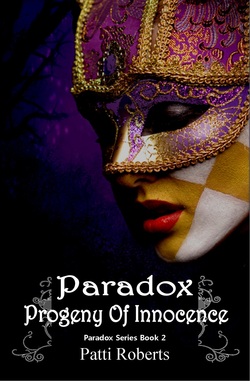 As a teenager, Grace wants the one thing that most girls her age dream about - a boyfriend. So when the charismatic Damon Draco takes an interest in Grace, it doesn’t take long before she falls for his alluring charm.

When angelic new comer Riley Rivers, who is a member of the elite ‘In Crowd’ - a small group of students who are just too beautiful, turns up in her class one day Grace starts to question the feelings she has for Damon.

Then, when three of Grace’s school friends are gruesomely murdered, and their parents are killed in a fatal car accident that same weekend, some start to wonder if it really was a coincidence, or a contrived plan to wipe out an entire family. And if so, why, and by whom? And more importantly, will evil strike again?

You can bet your soul on it!