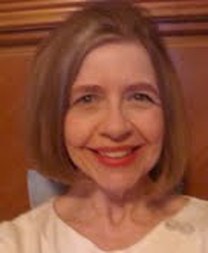 Her publications are extensive, with over 20 peer-reviewed articles in scholarly journals, several textbooks, and a research book on her major interest area of sarcasm, published by Edwin Mellen Press. In addition to publications, she served for eight years as editor of the Louisiana Communication Journal. Her research focuses primarily on deception, sarcasm, and vocal cues.

Dr. Rockwell is presently living in Aurora, Illinois, with her husband Milt, also a retired educator. The couple has two adult children. SOUNDS OF MURDER is her first novel. 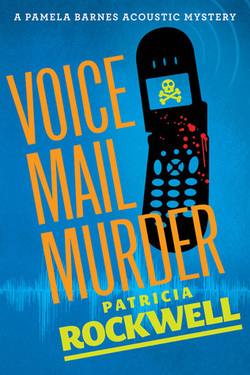 Cosy Mystery
Sex! Knives! Voice Mail Messages! Who stabbed the philandering football coach in the back? Was it one of the three women who left romantic voice mail messages on the cell phone found next to his body in the motel room? The police don't have a clue. None of the coach's family, friends, or colleagues recognize the voices of the unidentified women--and probable mistresses. Who could they be? This sounds like a case for Pamela Barnes, local Psychology professor, acoustics expert, and sometimes amateur sleuth. Can she identify the three women (and potential murder suspects) from just the sound of their voices on the voice mail? Who are these mystery women and how did the popular coach manage to conduct affairs with all of them unbeknownst to everyone around him? And how did he keep his trio of lovers from finding out about each other-or did he? It's a tangled romantic web that ultimately led to murder and Pamela Barnes is determined to figure it out. 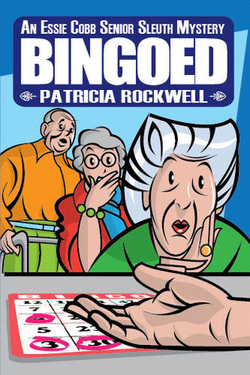 Why would spry senior Bob Weiderley suddenly faint and fall into a coma after winning a game of Bingo? After all, he was the most physically fit of all the men at the Happy Haven Assisted Living Facility (although there weren’t many men at HH because women outnumbered them four to one). It was just very suspicious. That’s why Essie Cobb and her friends and fellow residents--Opal, Marjorie, and Fay--decided to investigate. Was it possible that someone was out to get the friendly old gentleman? Maybe it was Violet, Happy Haven’s director, trying to cover up her shady past. Or Sue, the activities director, whose behavior was unusual to say the least. Maybe it was one of the three women who sat at Bob’s regular table in the dining room. Or the mysterious man who had recently sent Bob a startling letter. Essie Cobb is determined to find out—and she’s not going to let her age (90) or her various age-related infirmities hold her back. Welcome to Happy Haven. If you thought most elderly residents of assisted living facilities spent their days watching television and sitting in the sun, you haven’t met Essie Cobb, senior sleuth, and her three mystery-solving buddies. These four elderly ladies have insatiable curiosity, unending concern for their fellow man (especially their fellow ‘man’), and energy and determination that some might find unusual for women in their 80’s and 90’s. They may not be able to get around as fast as youngsters in their 60’s, or navigate that Interstate—Internet (or whatever that computer thing is), but they can solve a mystery. And they’re starting with this one. 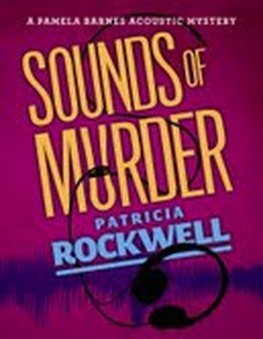 When Psychology Professor Pamela Barnes discovers her department's star researcher, Charlotte Clark, strangled to death in the computer lab, she's determined to find the killer. Will an audio recording of the murder allow Pamela to use her expertise in acoustics to identify the killer? Or will Pamela’s aggressive attempts to solve the crime lead to a face-to-face confrontation with a subtle and wily murderer?

SOUNDS OF MURDER introduces a different type of amateur sleuth—one who solves crimes using sound waves. Patricia Rockwell’s novel takes you behind the walls of academia and into the intriguing world of university politics and high-stakes research—a world Rockwell knows well from her over forty years of college teaching and research. Here’s a unique cozy mystery--full of excitement, humor, and romance.

Print and NOOK at Barnes & Noble.com 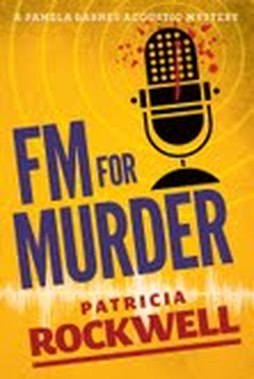 Who shot the disk jockey while he was on air? No one saw the killer, but many heard the murder on the radio.  Local police are mystified and ask Psychology professor and acoustics expert Pamela Barnes to assist them in investigating the crime. Can she determine who shot the deejay just by listening to the radio station’s audio recording of the killing?  And how does this crime connect to the impending death of a wealthy carpet manufacturer hundreds of miles away?  And the driven behavior of his conscientious son who hides a very important secret?  Unknown to Pamela, another thread of this strange mystery is about to unravel. Will she be able to solve it before another victim is claimed?  In FM FOR MURDER, the second in Patricia Rockwell's acoustic mystery series, we follow feisty amateur sleuth Pamela Barnes who doesn’t let academic duties prevent her from fighting crime. And Pamela fights crime with the tools she knows best—sound waves.