The Moonstone, Book I of Wolfmoon Trilogy 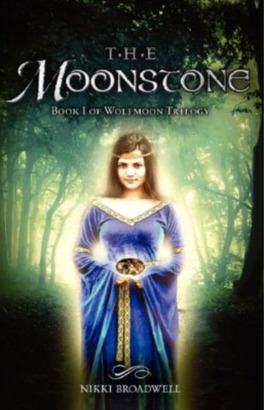 Finna’s mother is dead. So why is this woman standing on her stoop claiming to be just that? Catriona arrives bearing a gift—a luminous moonstone that holds the secrets to Finna’s heritage. What heritage? Catriona insists that the two of them must journey to the castle of the Celtic moon goddess, Arianrhod.

The story Catriona weaves is preposterous. A parallel reality, known as the ‘Otherworld’, exists next to this one. “The moonstone will show the way,” Catriona intones cryptically.

Newly pregnant Finna is naturally skeptical, but Catriona is uncannily persuasive, convincing her despite her misgivings.
What a trip through this alternate reality really means, and the secrets Catriona reveals about their family and the baby Finna carries, have Finna questioning everything she has ever known. With her life and that of her unborn child in jeopardy, Finna must find a way to survive. 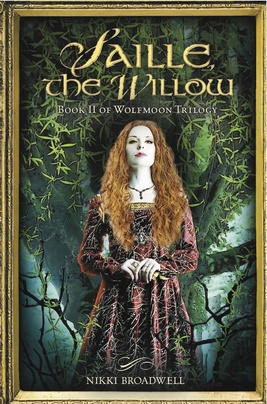 When Maeve Lewin finds herself in a strange part of town and submits to having a Tarot card reading, she’s left with an uneasy feeling. She cannot remember what the dark-eyed gypsy told her. Outside the odd little shop a crow watches her from his perch atop a telephone pole, his gaze intelligent and possibly malevolent. But it is the next day when a shipment of paintings arrives at the gallery where she works that her carefully constructed world begins to unravel. She feels drawn to the unusual portraits and landscapes for the upcoming show as though a thread of energy binds her to them. Aside from the strangely familiar faces of the figures, a moonstone seems to be the focal point in each one, radiating light into the backgrounds of dark trees.

So begins a sequence of events that lead Maeve inexorably toward a fate she doesn’t understand.

The secrets she must discover and the journey she undertakes will turn her safe and predictable life upside down. 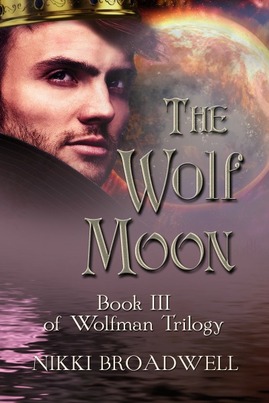 It is close to the winter solstice when Maeve Lewin's simple trip to Scotland to re-unite with her mother throws her headlong into a dangerous world. A prophecy written centuries before seems to describe her as 'the one', and despite Maeve's insistence that this couldn't possibly be true her mother and grandmother both agree that it is. What Maeve doesn't know is that her boyfriend, Harold, is part of her destiny, mentioned in the ancient text as 'the one of noble birth who will stand by her side." But Harold's only plan is to join Maeve in Scotland for the New Year before the two of them fly home to the States. The night of the winter solstice brings Maeve face to face with a terrifying reality, but it's Harold's arrival that forces her to come to terms with the truth. He seems to have lived in this parallel world before and his part in future events has been sealed as surely as hers. With dark forces hunting her relentlessly and confronted with a fate she didn't choose, Maeve must come to terms with her future and somehow find the strength to fulfill the perilous task set before her. 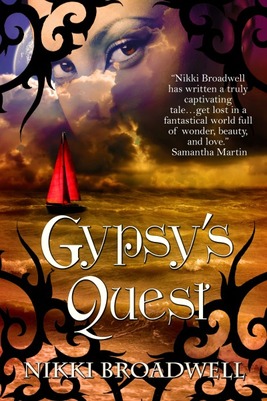 Gertrude wakes up in a strange medieval world without any memory of the recent past. And as if that isn't enough, she discovers that she's pregnant with no memory of the father. But it is when her baby is kidnapped that Gertrude comes unglued.

With the help of a magical boat and a sailor who she knew in the distant past, she searches for her child in worlds that should only exist in myth. 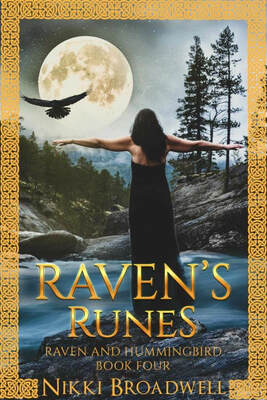 All the realms, including Earth, are poised on the edge of darkness. Kat cannot seem to get a foothold against the witch who threatens everything she loves. As the light is snuffed out, Kat wonders: Is this Ragnarok? It has all the earmarks, including the dragon Jormungand who stretches across the sky. Waiting…

In the meantime, Bran has sought out the wizard, Myrddin, who has taken on the task of helping the former god. Bran doesn’t know what he wants, and in his confusion, he wanders without purpose. Is having the power of a god important enough to go through hell to reclaim it? Myrddin’s advice leaves him reeling as he staggers into a future he could never have predicted.

The weavers of fate have a say in what’s coming, and what they foresee is not what anyone wants to hear. How can Kat stop a future that has already been foretold?