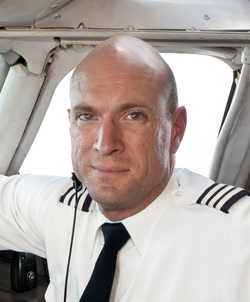 Nathan Carriker began flying at age eight, not long after learning he was the nephew of a B-24 flight engineer killed in action in 1944 and becoming obsessed with his story. That story, and many others close to his heart, inspired him to write his 2011 novel, A Silver Ring.

Licensed on his 17th birthday and an airline pilot at age 20, Nathan's now in his second decade with a major American airline. He lives for flying, his wife and family, a few "pet" vehicles, music, drink, cigars, and a well-turned double entendre. 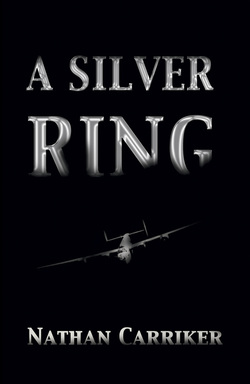 Every soul has a Mission—but every life has its Fate.

If the Army had just let Wes Hutchinson be a pilot, maybe things would have been different. He’d get to marry his English love, Melody. They might have had a son he could teach to fly. Perhaps after the war Wes could have even squared things up with his sister’s suitor, small town miscreant Frank Lawton. Their children could have been playmates; it would have been so perfect.

But the day after Melody gives him a special gift and tries to tell him she’s pregnant, combat gives Wes his life’s wish. Left at the controls of his crew’s ravaged bomber –with enemy fighters diving in for the kill—for his last harrowing minutes on Earth, he’s a pilot.

Mired in a fog of shame and heartbreak, Melody carries Wes’ photo, his child, and the gift he left behind to his family in America. But by the time she reaches them, grief—and  now-hometown-hero Frank Lawton—have taken their toll.  We can only fight so hard, so long.

Forty years later, war orphan Justin Prator can't explain the talent for flying he and his son Paul share, until he’s contacted by his birth mother, a kindly old woman with a stubborn English accent. The same day, Paul falls in love with an oddly familiar firebrand. Before they wed, Paul’s “new” grandmother presents him with their family’s lost icon—a silver ring—and pulls a smoldering tinderbox from the emotional rubble of World War Two.

Download a Kindle or ePub sample of A Silver Ring