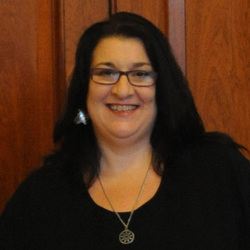 Morgan Gallagher is in her late 40s, and should know better, about spending her writing life with vampires. However, she has no choice, as they refuse to go away and leave her alone.
Morgan has been writing since she was 12 years old, and turned her hand to many things, in order to earn her bread. As a mature student, she earned a first class honours degree in Film & English Studies from UEA, studied at Masters level in Film & Television at Warwick University, and undertaken research into teaching creativity as part of a Masters in Media Education at the British Film Institute. As part of her undergraduate degree, she took several units in creative writing at UEA, gaining 97% for one assignment, a department record. She is also a fully qualified Drama Teacher.

Currently caring full time for her severely disabled husband and raising her six year old son, she spends much of her time in volunteer and charity work, helping support mothers and babies in trouble, particularly those in need of breastfeeding support and advocacy. She has been involved in campaigns to stop child detention at Yarl’s Wood Detention Centre and campaigns for babies’ human rights. Her lactavist writings are well known and widely circulated and she talks at conferences and events, on both breastfeeding and Film & Television.

Severely dyslexic, none of this is easy. Why does she write? “I don’t have a choice. It just is. You may as well ask, why do I breathe?” 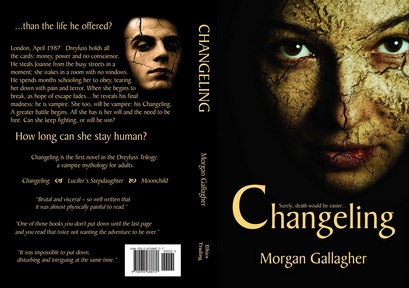 “London, April 1987. Joanne, an up and coming PA, goes for a night out and wakes up in a nightmare. Locked in a closed cell room, she is being kept by a raving madman: Dreyfuss.

Dreyfuss spends months, slowly schooling Joanne to obey him, and making sure she will never escape. As the horror or her confinement slowly wears away all sense of hope and rebellion... Dreyfuss considers revealing his true nature to her: that of vampire. Dreyfuss has finally taken a human as his Changeling, and he is determined to break her completely, then rebuild her in his image. He wants an eternal companion and mate, worthy of him but under his complete control. He slowly turns her, with violence and with blood, tearing her mind with his games. Joanne resists, but Dreyfuss holds all the cards. He has power, money and no conscience. Jo has only her will, and the drive to be free. Who will win?” 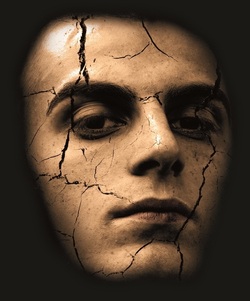 Cadiz, February 1991   Having spent months searching for Kin, Helene has found nothing and no one.  One afternoon she glances out of a cafe window and finds a young vampire gazing back at her.  Marron is everything Dreyfuss was not: weak, destitute, female.  They travel on together until the ghosts of their past lives strangle the friendship: they part in temper.  Helene carries on searching for answers, using Marron’s knowledge to find others.  In Paris, Lucifer’s Stepdaughter welcomes her into the Vampire Caverns with open arms, but intrigue and artifice are everywhere.  It is clear to her that none trust Dreyfuss’s Changeling. She leaves and seeks out the Lord of the Rivers; who supplies her with answers, but none are to her liking.  She must find her own future, as do they all.  She settles to wait out the process begun in London, the outcome just as unsure as it has always been.  The call goes out, the vampire world put on alert: Dreyfuss is in Paris and wants his Changeling back.  Under the rules of the Kin, she must return, but to what?  Why Paris?

Turin, July 1994  In the aftermath of the Moonchild ceremony, Helene is disappeared and the vampire world in flux.  No one knows quite what happened and exactly what the cost was. The dead have been buried and rumour and panic sweep through the communities.  Confusion reigns and the shadows whisper that she is gone: nothing will stop the rise of the raging covens in the New World.  Paul Jordan holds Vincenze to him closely. He has lost too many, too often, and he fears the darkness will swallow them all.   They live their lives in hope that she is alive, that all is not lost.  One summer’s evening they return to their parked car and find an invitation.  They have only a few hours to get to Geneva to meet the one who issued it...