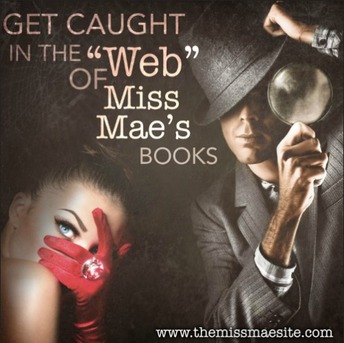 Miss Mae is all about romantic mysteries. “Said the Spider to the Fly”, “When the Bough Breaks”, “Dove Island”, “It’s Elementary, My Dear Winifred” and “See No Evil, My Pretty Lady” are award winning best sellers. Her latest, “Catch Me If You Can”, and the novellas “Miss Penelope’s Letters”, and “Through a Glass Darkly” have already received top rated five-star reviews. Tantalizing trailers, and more information, is readily available at her website: http://www.themissmaesite.com/p/welcome-readers.html

She's also writing an "Ahoy, Mischaps!" series with the first titled, "Ahoy, Gum Drop!" followed by "Ahoy, Out There!" The third is titled "Ahoy, Mummy Mia!" and will be published in 2017.

Also embarking into audio, she's proud to announce "Catch Me If You Can", produced by award winning Roger Rittner. Utilizing five of Hollywood's best actors/voice actors, and enhanced with full music score and sound effects, the listener will be immersed into the thrills and chills of this intriguing murder mystery.

Sold via full 6-CD library sets or as instant downloads, you can find the link at Pulp Radio:

When the Bough Breaks 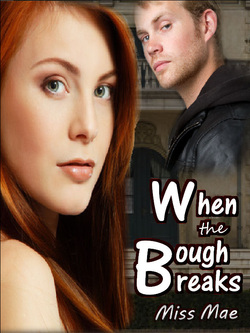 Late 1960's. Time of the Vietnam War, hippies, fishnet hose, and mini-skirts. Add a flirtatious wink from the baby blues of 'love'em and leave 'em' Parker Shane and 16-yr.-old Darlene Moore wonders if she'll ever be the same. Winner of the 2009 P&E Readers Poll in the YA category, this is more than a romance tale. Suspense, intrigue, and danger will leave the reader gasping till the very end.

Said the Spider to the Fly, Edition 2 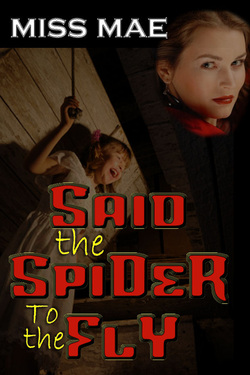 What secrets gather dust inside the house of Mona's childhood? What secrets lie cloaked in the sleepy little town of Copper Springs? What secrets does Mona's old boyfriend fight to hide? What secrets are masked behind Preston Hitchcock's lady-killer smiles? And what secrets plague Mona's tortured memories? They all converge in one tightly woven web of danger, deceit, and -- murder?

Sample chapter PDF> Said the Spider to the Fly

It's Elementary, My Dear Winifred 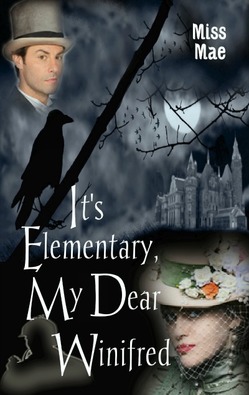 Do bizarre and unusual mysteries only occur in imaginary tales? Amateur sleuth Winifred Merryweather, along with dashing newspaper hound Remington Hawthorne, find themselves in the throes of a real life mystery when they're plunged in the bowels of a dark and ancient castle. Booby-traps abound with disappearing floors, hidden sliding panels, and spider-webbed shadowy corridors. Danger threatens to steal Winifred's very breath -- or is that the annoying allure of Remington's flirtatious charms? Winner of 2009 Top Ten Read at MyShelf.com

See No Evil, My Pretty Lady 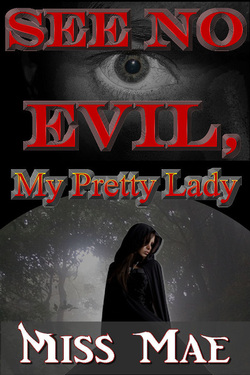 
New maid Dorcy Edwards flees the scene of where her employer's body is found. His murder sparks a chain of macabre events. Cloistered on a remote island with five strangers, including Gareth Davenport, her late employer's brooding, but darkly handsome heir, Dorcy encounters baffling questions with what she fears may be terrifying answers. Who cut the telegraph lines? Who left a mutilated animal carcass outside her bedroom door? What is the reason for Gareth's black gloves and eye patch? Can he be "Jack the Ripper", the madman suspected to be Mr. Davenport's killer? Dorcy must solve the mystery, and soon, or her growing attraction for Gareth could be her very death sentence. Winner of Top Ten Read of 2008 from MyShelf.com

Catch Me If You Can, Edition 2 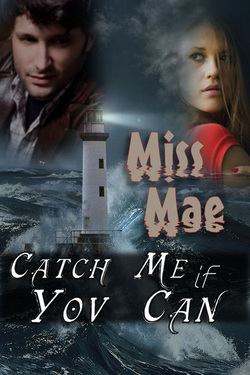 Are all rules broken when it comes to playing a game? Washed ashore a South Carolina beach, Lois Steinberg learns her shelter, an old plantation house, was scheduled to host a 'Catch Me' game convention. When the cook is the first one found murdered, the game environment instantly morphs into a terrifying evening reminiscent of 'And Then There Were None'.

Catch Me If You Can <Sample chapter PDF

Through a Glass Darkly 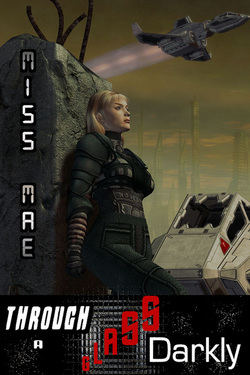 Computer viruses no longer exist, yet Vexen’s medical transport is held hostage by one. The hologram engineered to combat the deadly program develops an identity crisis. An alien intruder is discovered stowed away in the cargo bay. And the evil reptilian Delphan demands immediate surrender of her ship. Can anything else possibly go wrong?