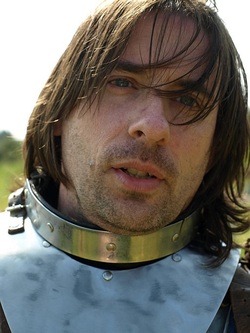 I was born just after man landed on the moon. I grew up with New Wave and Friday Night Videos as the soundtrack to my teen years. My first computer was a Commodore 64 that I bought with money I earned from Sea Cadet camp. I was a geek when it wasn't cool, tapped into an international FidoNet and an Internet no one knew about at 1200 baud.

My Mom was a Navy Wife; my Dad was an Officer and a gentleman. I stole my Dad's National Geographic and Popular Science magazines. My Mom gave me her wisdom, patience and and enough rope.

The Berlin Wall fell during my first try at University. I served during the Persian Gulf War as the first shocks of the New World Order started rippling outwards.

I was married, had a wonderful son, and divorced. I've gotten remarried, to an amazing friend and bright light in my world.

I'm a 25-year IT proffessional that started with NetWare. I'm an entrepreneur, running the JKL-5 Group. I'm an author, writing The Sauder Diaries.

I've been around the world in 180 days. I'm thinking about building an Earthship. I still fight with swords.

I'm a bit complicated, a bit hard-nosed and a bit soft-hearted. My friends are my awesome.

The Sauder Diaries - A Bloodier Rose 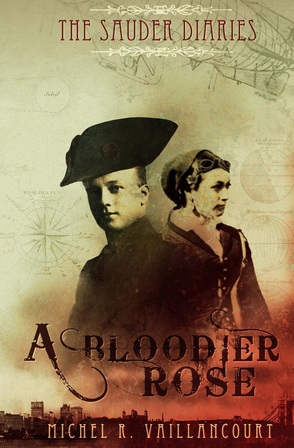 Set in the summer of 1888, "A Bloodier Rose" is the second book in The Sauder Diaries series. Picking up where "By Any Other Name" left off, Hans, Annika and the rest of the crew of the pirate airship "Bloody Rose" are once again called upon by the Allied Empires. An ancient weather weapon is at risk of falling into the hands of the Russian Empire, and the pirates are in a race against time, traveling from Europe to America then North Africa, to uncover it's location and unlock it's secrets.

Along the way, the unthinkable happens and Hans Sauder is forced to rethink his very place within the crew, and the life he has chosen as an airship pirate. The choices he makes, as the Bloody Rose finds herself trapped between two empires inching towards war, will affect the lives of his friends and crewmates forever.

The Sauder Diaries-By Any Other Name 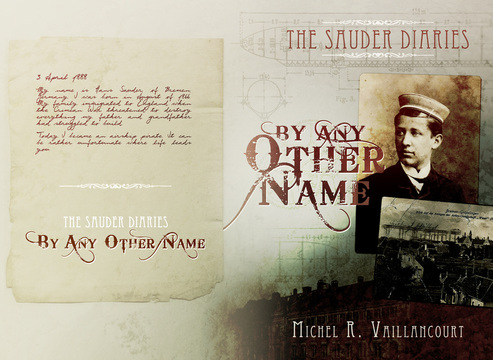 The Sauder Diaries take place in an alternate-history Earth, in the year 1888. The Crimean War ended as a stalemate and Europe is divided along the Allied and Russian Imperial borders by the Scorchlands. Large sections of “civilized Europe” cannot be traveled due to bandits, renegade armies, and rogue mad science experiments.

Hans Sauder is the son of a German industrialist, on his way to University to study airship engineering. His passenger airship is attacked by the legendary pirate ship the Bloody Rose. Hans is taken prisoner and given the choice of joining the crew, or taking his chances with parachuting into the wilds of Europe.

Thus begins the “diaries”, detailing his travels — the reader is first treated to Hans' impressions of events and then gets to see what really happened.

Hans and his new crewmates are hunted by the airship navies of Allied Europe, chased into hiding in Egypt, board merchant ships over Germany, and visit hidden black market trade centers. Things really get rough when they are hired to undertake a dangerous mission in the skies of the Russian Empire.

As the story unfolds, Hans' new life is further complicated by the romantic advances of the leader of the ship's gunner-marines, a ruthless and no-nonsense woman with a chip on her shoulder. As well, Hans is perpetually dogged by a deep conflict between his sense of morals and duty to his family, and the challenges and adventure of this new life he has discovered.

He had made remarkable friends, found an improbable love, fought, killed, saved lives, wept and laughed all over a half-a-mile in the sky for three remarkable months. He knew what it was he had been missing his entire life.

“But I cannot stay,” he said quietly to himself.