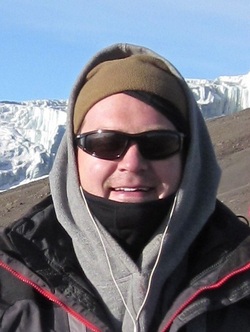 M.G. Edwards is a writer of books and stories in the mystery, thriller and science fiction-fantasy genres. He also writes travel adventures. A former U.S. diplomat, he served in South Korea, Paraguay, and Zambia before leaving the Foreign Service in 2011 to write full time. He lives in Bangkok, Thailand with his wife Jing and son Alex.

For more books or stories by M.G. Edwards, visit his web site at www.MGEdwards.com or his blog, WorldAdventurers.com. Contact him at me@mgedwards.com, on Facebook at www.facebook.com/migedwards or @m_g_edwards on Twitter. 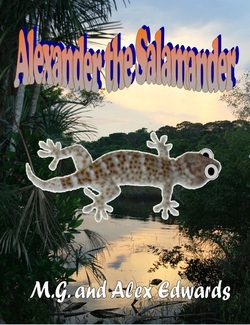 A young salamander named Alexander living in the Amazon River Basin joins his friends Airey the Butterfly and Terry the Tarantula for an unforgettable jungle adventure. Come along with Alexander and friends as they meet birds, monkeys, and other creatures, enjoy the beauty of the rainforest, and face danger along the way.

The first book in the World Adventurers for Kids Series, “Alexander the Salamander” is an illustrated story inspired by the authors’ visit to the Amazon in 2008. Fun for kids and adults alike, the story teaches children the importance of listening to teachers and other authority figures. The book is available to purchase now as an e-book and in print. 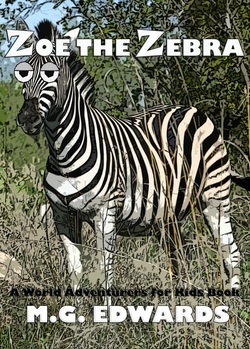 The third book in the World Adventurers for Kids Series, “Zoe the Zebra” is an illustrated picture book that teaches children about bullying. A young zebra named Zoe who lives in the African bush joins forces with her friends Emma the Impala, Barry the Baboon, and other animals to protect their friend Wally the Warthog from a pack of bullying hyenas. Can they help him and stop the bullying?

Inspired by the author’s safari adventures in Africa, the story features Zoe and a host of safari animals, including giraffes, hippos, and lions. Fun for kids and adults alike, the story will take children to the African plains and teach them how to handle bullies. 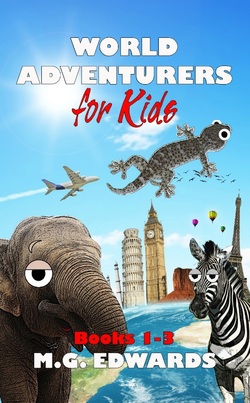 This is a collection of the first three picture books in the World Adventurers for Kids Series:  "Alexander the Salamander," "Ellie the Elephant," and "Zoe the Zebra."

The World Adventurers for Kids Series features illustrated adventure stories told in a way that children ages four to eight will find entertaining and educational. Filled with illustrated photos and moral tales, they will take children around the world in story books designed to read in one sitting.

“Alexander the Salamander” discusses the importance of listening to authority figures. A young salamander named Alexander joins his friends Airey the Butterfly and Terry the Tarantula for an unforgettable adventure in the Amazon River Basin.

“Ellie the Elephant” encourages children to follow their dreams. A young elephant named Ellie living in Thailand dreams of joining the elephant polo team and playing in the Elephant Cup polo tournament, but her parents want her to work in the rice fields. Will she realize her dream of playing elephant polo?

“Zoe the Zebra” teaches children about bullying. A young zebra named Zoe who lives in the African bush joins forces with her friends Emma the Impala, Barry the Baboon, and other animals to protect their friend Wally the Warthog from a pack of bullying hyenas. Can they help him and stop the bullying?

Kilimanjaro:  One Man’s Quest to Go Over the Hill 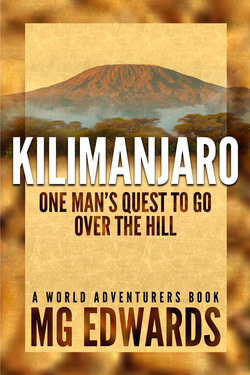 The first book in the World Adventurers Series, Kilimanjaro: One Man's Quest to Go Over the Hill chronicles the author's attempt to summit Mount Kilimanjaro, the highest mountain in Africa. At forty years old and on the verge of a midlife crisis, he tried to change his life by climbing a mountain. This is his true story of facing Kilimanjaro and other challenges at middle age.

This book is for anyone who feels over the hill and needs encouragement to make a life change in the face of difficult odds. It's also for the casual climber or hiker who is interested in climbing one of the world's tallest mountains. Filled with insights and advice for those who are contemplating their own Kilimanjaro climb, this book will put you on the mountain and inspire you to go over it.

Kilimanjaro: One Man's Quest to Go Over the Hill earned an honorable mention from the 2012 Global Ebook Awards. The book features more than 60 photos from the author's trek. 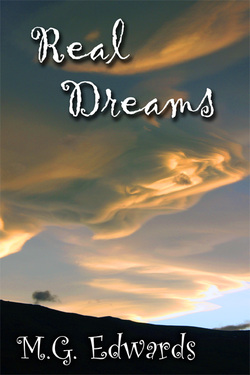 A French prisoner struggles to survive in a Nazi concentration camp during World War II. A delinquent youth is obsessed with a cemetery ghost. Good and evil fight over the soul of a zombie. A grandma thought to suffer from mental illness predicts the future. A mysterious maintenance man haunts a college dormitory. Car trouble leads to an encounter with an angel. The Greek god of the unknown fights his nemesis, the god of light. A chief must calm a volcano before it destroys his village. A human tries to dissuade elves and dwarves from going to war. A bride confronts deception in an effort to reunite with her bridegroom. A child dreams of an alien invasion. Humanity races to colonize a moon. A boy encounters superhuman army ants that escape from a military laboratory and move into his closet. A foreign exchange student learns baseball and tries out for a championship team.

These stories and more are featured in Real Dreams: Thirty Years of Short Stories, a collection of 15 short stories written between 1981 and 2011. The stories are from multiple genres with some common themes, including hope, dreams, light, darkness, perseverance, and spirituality, wrapped up in some novel ideas. Enjoy these diverse and timeless works three decades in the making.

Vichy (1990) tells the epic story of Jean-Marie Daubert, a spy for the French Resistance during World War II who was captured and sent to the Gross-Rosen concentration camp. It's a sobering story of love and loss told through letters from Daubert to his wife Corinne.

The Ballick Eye (1988) was inspired by my visit as a youth to an old cemetery in Lewiston, Idaho. Although the story itself is fiction, Ballick's tomb is reminiscent of one tomb in the Lewiston graveyard.

Evil | Live (2011) is a twist on the traditional horror story. It is based on the premise that good triumphs over evil. The story's name implies that evil and life are mirror opposites. The "paper" is a Bible tract with the image of Jesus and the verses John 3:16-21. The protagonist, Harlan, finds peace when the message cleanses his soul and gives him back his life.

The Grandma Conspiracy (2004) was inspired by a dream I had about an elderly woman whose ability to predict the future is mistaken for mental illness. The story asks whether those who have been diagnosed with mental illness are really misunderstood.

Room G-13 (1993) is a story I wrote in college about a murderer who kills a maintenance man and hides in a dormitory disguised as the victim.

The Factory Worker in the Corner Office (2007) is an allegory about a white-collar worker who is harassed by his supervisor in spite of going beyond the call of duty to help his employer.

Mysterius, Lord of the Unknown (1987) is a story inspired by Greek mythology. The ancient Greeks dedicated some temple alters to an unknown god. Mysterius is an interpretation of this deity.

How Little Big Chief Calmed the Mountain (1981) is a story I wrote after the May 1981 eruption of Mt. St. Helens. The character of Little Big Chief was inspired by a good friend with cerebral palsy.

The Emissary's Battle (2005) is a story about an envoy who uses diplomacy instead of violence to resolve a conflict. Set in a fantasy world, it is a novel take on the use of negotiation, rather than war, to cool hostilities.

Kirche and the Mirror (1992) is an allegory of the Christian Church. Kirche represents the bride of Christ, while the mirror symbolizes the devil. The groom is a depiction of Christ coming for His bride.

Suits (1989) is based on a dream I had of an invasion of the planet Mars by astronauts from Earth. The story is a nod to The Twilight Zone.

Verda (1997) was inspired by a dream I had about the existence of a moon orbiting the earth capable of sustaining life. The story explores themes ranging from space exploration and colonialism to environmental preservation and the human spirit.

G.I. Ants (1983) is a story I wrote as a youth. It precedes Disney's A Bug's Life and Dreamworks' Antz animated films by over a decade. The story was inspired by a play on the word "giant." It's one of my personal favorites.
A friend inspired the story High Flying Deutschman (1988). He was an exchange student at my high school who excelled at sports. Although he never played baseball, he was a remarkable athlete who won several competitions while living in the United States.