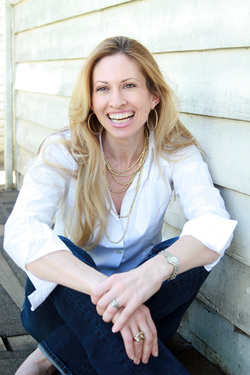 Melissa McPhail is a classically trained pianist, violinist and composer, a Vinyasa yoga instructor, and an avid Fantasy reader. With a background in philosophy and comparative religion, she is passionate about the Fantasy genre because of its inherent philosophical explorations.

Ms. McPhail lives in the Pacific Northwest with her husband, their twin daughters and two very large cats.

Cephrael's Hand - A Pattern of Shadow and Light Book 1 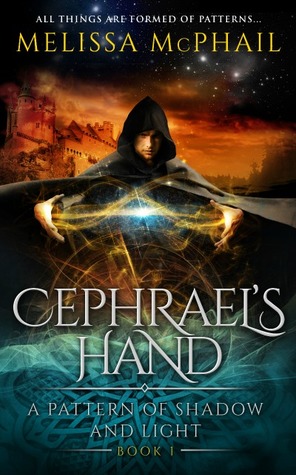 "All things are composed of patterns..." And within the pattern of the realm of Alorin, three strands must cross:

In Alorin...three hundred years after the genocidal Adept Wars, the realm is dying, and the blessed Adept race dies with it. One man holds the secret to reverting this decline: Bjorn van Gelderan, a dangerous and enigmatic man whose shocking betrayal three centuries past earned him a traitor's brand. It is the Adept Vestal Raine D'Lacourte's mission to learn what Bjorn knows in the hope of salvaging his race. But first he'll have to find him...

In the kingdom of Dannym...the young Prince Ean val Lorian faces a tenuous future as the last living heir to the coveted Eagle Throne. When his blood-brother is slain during a failed assassination, Ean embarks on a desperate hunt for the man responsible. Yet his advisors have their own agendas, and his quest for vengeance leads him ever deeper into a sinuous plot masterminded by a mysterious and powerful man, the one they call First Lord...

In the Nadori desert...tormented by the missing pieces of his life, a soldier named Trell heads off to uncover the truth of his shadowed past. But when disaster places him in the debt of Wildlings sworn to the First Lord, Trell begins to suspect a deadlier, darker secret motivating them.

Dagger of Adendigaeth - A Pattern of Shadow and Light Book 2 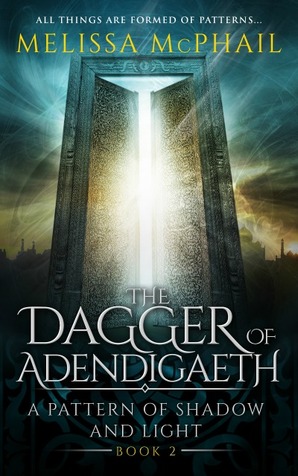 At long last, the reason for the blessed Adept race's decline has been discovered: powerful beings known as Malorin'athgul are disrupting the Balance and preventing Alorin's Adepts from awakening to their gifts. Who are they? Where are they? And how can they be stopped when they wield a power meant to unmake the universe itself?

In T'khendar...Prince Ean val Lorian has forsaken his companions in blood and battle to join the traitorous Fifth Vestal in T'khendar in the hopes of gaining some insight into the tragedies that plagued his Return. Now he must confront the man he's long thought of as his enemy and discover the role he is meant to play in the First Lord's darkly magnificent game.

The Vestal Raine D'Lacourte has followed his traitorous oath-brother Björn through six kingdoms and into the distant realm of T'khendar seeking explanation and atonement. But the condemned realm harbors shocking secrets, and Raine soon realizes he's facing his greatest enemy yet--not in Björn, but in the truth.

Elsewhere in Alorin...the young truthreader, Tanis, faces a new villain in the fiery-eyed man he followed from the café in Rethynnea; the soldier Trell struggles to reconcile his growing feelings for the girl he rescued from the river against the guilt of his unknown past; and in Tambarré, another truthreader named Kjieran van Stone treads the incense-filled hallways of the Prophet Bethamin's temple hoping to uncover a plot of treachery and betrayal before the Prophet demands his soul.

The time has come for each player to claim his role in the First Lord's masterful game. All will be tested, but only time will tell how many can survive the dagger of Adendigaeth.

Paths of Alir - A Pattern of Shadow and Light Book 3 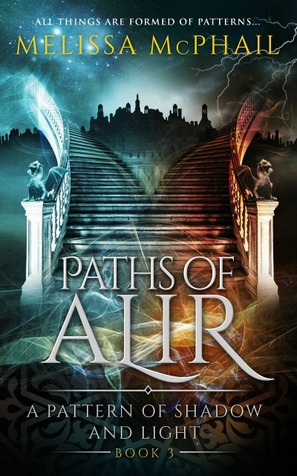 Powerful beings from the fringes of Chaos have come to the realm of Alorin. Fate bends to their will, and their will is set upon Alorin’s destruction. Alone in understanding the threat they pose, Alorin’s Fifth Vestal, Björn val Gelderan, has launched a desperate plan to stop them: a “great game” played upon the tapestry of mortal life. Now, in Paths of Alir, A Pattern of Shadow & Light Book 3, Björn’s Players have taken the field:

Along the lush Caladrian coast of Agasan…the truthreader Tanis d’Giverny returns to the place of his birth and finds mysterious and wonderful workings waiting for him. But the zanthyr Phaedor warns Tanis that ominous events lie ahead, and the lad soon wonders if even his mother’s magical lessons will be enough to keep him alive.

In the dungeons of Tal’Shira…held prisoner by the Adept Inquisitor Taliah hal’Jaitar, Prince Trell val Lorian is facing a life of enslavement. Only two paths lie open before him: one means an eternity of torture fighting Taliah’s attempts to break him; the other requires surrendering to her will. But can he really sacrifice everything he is to walk Taliah’s path of twisted magic known as mor’alir?

In the snow-bound Castle of Tyr’kharta...Prince Ean val Lorian must choose to save his brother Sebastian or his loyal men. But to choose his men means leaving Sebastian to an eternity of enslavement; while rescuing Sebastian means abandoning his friends, and his honor along with them. Either decision will test Ean’s newfound skills as well as his conviction, for as the prince soon learns, once a man becomes a Player in the First Lord’s game, not even death can give reprieve.