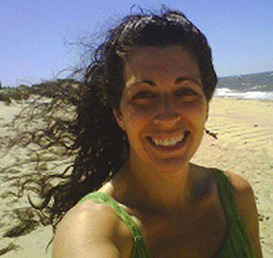 Melissa Foster is the award-winning, bestselling author of two novels, Megan’s Way and Chasing Amanda. She is the founder of the Women’s Nest, a social and support community for women, and WoMen’s Literary Café, a literary community. Melissa is currently collaborating in the film production of Megan’s Way. Melissa has written for Calgary’s Child Magazine, and Women Business Owners Magazine. She hosts an annual Aspiring Authors contest for children, and has painted and donated several murals to The Hospital for Sick Children in Washington, DC. Melissa is currently working on her next novel, and lives in Maryland with her family.

Melissa's interests include her family, reading, writing, painting, friends, helping women see the positive side of life, and visiting Cape Cod. A portion of every book sold is donated to Provincetown Cares.

Melissa enjoys discussing her books with book clubs and reader groups, and welcomes an invitation to your event.

COME BACK TO ME 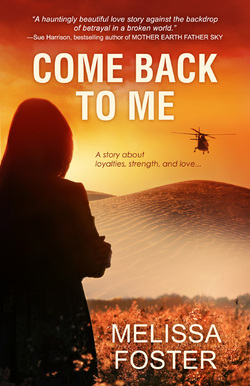 Tess Johnson has it all, Beau, her handsome photographer husband, a thriving business, and a newly discovered pregnancy. When Beau accepts an overseas photography assignment, Tess decides to wait to reveal her secret—only she’s never given the chance. Beau’s helicopter crashes in the desert.

As Tess struggles to put her life back together and deal with the pregnancy she can no longer hide, a new client appears, offering more than just a new project.

Meanwhile, two Iraqi women who are fleeing Honor Killings find Beau alive in the middle of the desert, his body ravaged. Suha, a doctor, and Samira, a widow and mother of three young children, nurse him back to health in a makeshift tent. Beau bonds with the women and children, and together, with the help of an underground organization, they continue their dangerous escape.

What happens next is a test of loyalties, strength, and love. 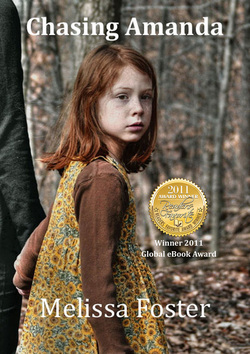 Nine years ago, Molly Tanner witnessed a young girl’s abduction in the busy city of Philadelphia, shifting her occassional clairvoyance into overdrive. Two days later, the girl’s body was found, and Molly’s life fell apart. Consumed by guilt for not acting upon her visions, and on the brink of losing her family, Molly escaped the torturous reminders in the city, fleeing to the safety of the close-knit rural community of Boyds, Maryland.

Molly’s life is back on track, her son has begun college, and she and her husband have finally rekindled their relationship. Their fresh start is shattered when a seven-year-old girl disappears from a local park near Molly’s home. Unable to turn her back on another child and troubled by memories of the past, Molly sets out to find her, jeopardizing the marriage she’d fought so hard to hold together. While unearthing clues and struggling to decipher her visions, Molly discovers another side of Boyds, where the residents--and the land itself--hold potentially lethal secrets, and exposes another side of her husband, one that threatens to tear them apart. 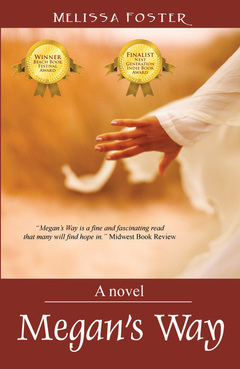 What would you give up for the people you love?

When Megan Taylor, a single mother and artist living on Cape Cod, receives the shocking news that her cancer has returned, she's faced with the most difficult decision she's ever had to make. The love she has for her daughter, Olivia, and her closest friends will be stretched and frayed.

Megan’s illness reawakens the torment of her best friend, Holly Townsend, whose long-held secrets and years of betrayal come back to haunt her. How does one choose between a daughter and a life-long best friend? Can the secret she has been keeping be revealed after years of lying without destroying everyone in its wake? Meanwhile, fourteen-year-old Olivia's world is falling apart right before her eyes, and there's nothing she can do about it. She finds herself acting in ways she cannot even begin to understand. When her internal struggles turn to dangerous behavior, even the paranormal connection she shares with her mother might not be enough to save her - her life will hang in the balance.

Megan’s Way is a journey of self discovery and heartfelt emotions, exploring the depth of the mother-daughter bond, and the intricacies of friendship.