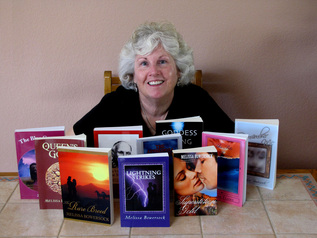 Melissa Bowersock is an eclectic writer who turns her hand to any kind of story that moves her: contemporary, western, fantasy, romance, action/adventure, spiritual. She thrives in the Sonoran desert of Southern Arizona with her husband and an Airedale terrier. She is also a certified hypnotherapist. 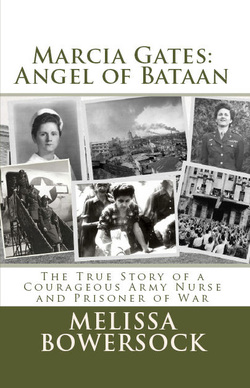 Marcia Gates was an Army nurse and prisoner of war during World War II. As an "Angel of Bataan," she spent three years in a Japanese internment camp in the Philippines. This is her award-winning story, told through her letters and the newspaper clippings, photos and letters collected by her mother. Melissa Bowersock is the niece of Marcia Gates.

Awarded Honorable Mention by the Military Writers Society of America for Biography at their 2012 award conference; featured in the documentary "Our Wisconsin; Military History of America's Dairyland," by WKOW-TV, Madison, WI. 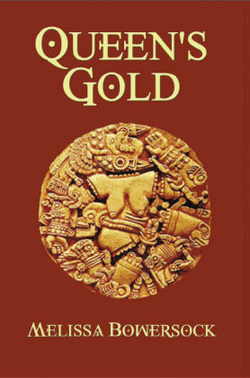 Hal Thompson is a pretty ordinary guy. A widower who owns his own small business, he’s doing his best to raise his two nearly adult children alone. When they convince him to undergo a hypnotic past-life regression, he is unimpressed that his “memories” reveal the hiding place of ancient Aztec gold. Other people, however, take it very seriously and when his family is threatened, he is forced to plunge into the jungles of Mexico, battling treacherous terrain, lethal wildlife and the haunting feeling of a love that spans centuries. Can he find the gold before it claims more lives? Or will he lose the love of his life … again? 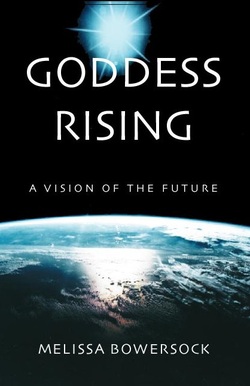 Civilization as we know it has been destroyed, not through war or asteroid impact, but by a geologic holocaust of planetary proportions. The scattered survivors live simply, primitively, bonded to the earth and the Great Goddess. Their one hope lies in the dream-given prophecy that Greer the Sibling, a female savior, will rise and restore them to greatness. An epic and magical story of one woman's exceptional destiny during exceptional times, Goddess Rising follows Greer's journey from simple obscurity to her prophesied reign. Acknowledged as the face of the Goddess on earth, Greer discovers the rewards of power-and the price-as she struggles through her own labyrinth of fear and desire, sexuality and sacrifice, love and death. 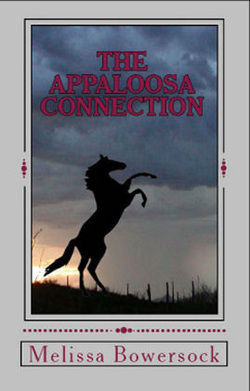 When Ross Garvey's prized Appaloosa is stolen from his Colorado ranch, he fully intends to hunt down the thieves in their New Mexico hideout and regain his best broodmare. What he doesn't count on is bull-headed, fifteen year old Jaimie Callahan, whose horse was also stolen by the same thieves. And he certainly does not anticipate the beautiful Mexican girl who's dealing with the thieves, nor the fact that an entire company of Mexican troops is in on the deal! 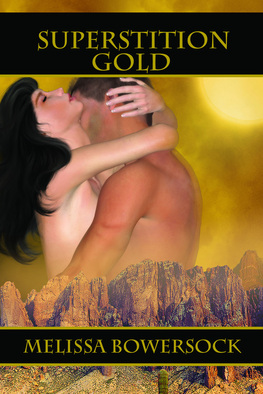 Married and widowed within a 24-hour period, beautiful Leigh Banning watches as her storybook New Orleans life crumbles away piece by piece. In a heartbroken attempt to start over, she travels to the wilds of frontier Arizona in an effort to understand the father she never knew and is rewarded with gold from the legendary Lost Dutchman gold mine in the Superstition Mountains. The gold comes with a price tag, however—the murder of innocent people. Leigh’s quest for justice leads her to a remote Apache camp in the company of a proud Pima Indian and a handsome cavalry officer. Torn between the fiery kisses of the Major and the respectful love of the Pima, Leigh joins forces with the Apaches to battle gold-hungry killers and in the process discovers her true self and her one true love. 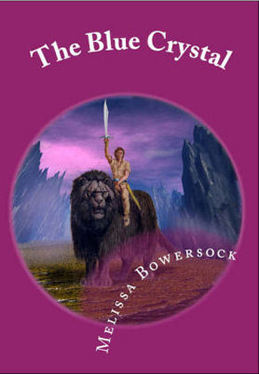 In the realm of Zor, the tyrant Mal-Zor is maniacal in his quest for the mythical Blue Crystal of power sends generations of innocents to their deaths in the crystal mines. Jared, a young farmer from a small isolated village, has paid scant attention to the distant troubles until his younger siblings are taken as slaves. Jared vows to free them and his quest soon becomes enmeshed in the most magical power struggle imaginable. Accompanied by a recalcitrant halfling, mounted on a huge black lion and supported by an aging wizard and his daughter, Jared prepares to challenge the king and claim his hidden destiny. The Blue Crystal is an epic fantasy in the vein of The Lord of the Rings. A classic struggle of good vs. evil, the story weaves together threads of honor and fear, love and death, obsession and transformation. Readers of fantasy fiction from teens to adults will thrill to the adventures of Jared and Igli as they encounter wondrous dangers and fight for deliverance from tyranny.

The Pits of Passion by Amber Flame 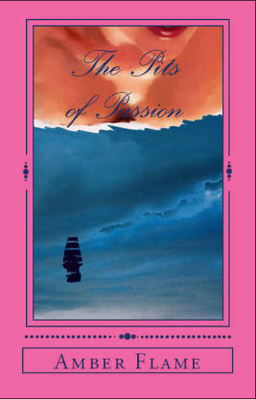 Young, nubile Elizabeth Montgomery is too beautiful for her own good. Accosted by lust-struck males every time she appears in public, she is profoundly grateful when sea captain Benjamin Elliott saves her from a would-be ravisher. Her gratitude, however, turns to shock when Elliott himself seduces her and ruins her chances for an honorable marriage. Sealed to the man in an arranged marriage, Elizabeth rides the surging tide of shock and denial, lust and love, as she is swept from the manicured gardens of England to the savage shores of Africa and the wilds of the New World, never quite sure which Captain Elliott is the man she loves. Warning! This satiric romp is NOT your mother's romance novel! 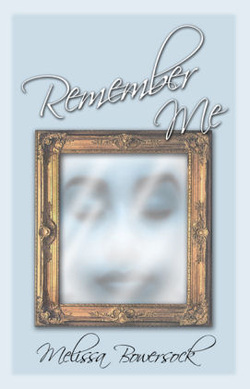 Elly Cole wakes up bruised and battered in a hospital—and has no idea who she is or how she got there. Her brooding giant of a husband informs her that she had been fleeing with her lover who was killed in the car accident that left her injured, that she is pregnant with that lover’s child and that she has nowhere else to go but home—with him. Struggling against the threat of her husband’s dangerous rage and jealousy, Elly strives to regain her memory and reconstruct the life she left behind, wondering how she could have ever loved this man who hates her. 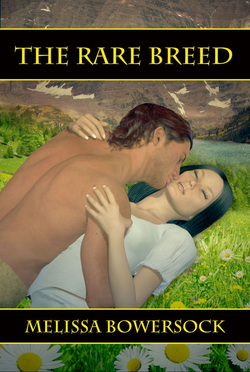 The daughter of a white woman and an Indian warrior, "Gray Feather" Catherine Boudry had spent the first thirteen  years of her life among the Cheyenne. Wrested from her home and taken to her mother's wealthy parents, Cathy grew into womanhood surrounded by all the civilized comforts of the white man's world. But at the age of twenty, the lure of her Indian heritage drew her back to the western plains. It was a journey that would awaken her to the joy and agony of passion in the arms of two very different men—Jory, the rough mountain man, and Barred Owl, the Cheyenne brave to whom she had been pledged in marriage long ago. 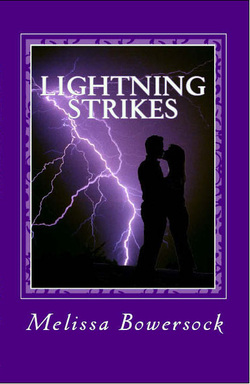 Jessie Evans is a free-lance journalist, emphasis on the "free," with no plans to tie herself down. While researching a story in Flagstaff about Indian influences in Arizona, however, she encounters Lucas Shay, a smoldering paradox who is part Indian, part architect and all man. Whether igniting her temper with his arrogance or challenging her beliefs with his laser-like insight, Jessie can't deny that Lucas sets fire to her soul as well.