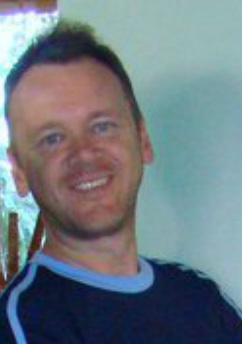 MD Eyre currently works in the Middle East. He enjoys running (slowly), playing guitar (badly) and listening to the music of The Smiths (almost constantly).

His first novel, Burnfield, is available on Amazon and he has also written an IGCSE CIE First Language English study guide published by Zig Zag Education.

His new novel, Tabnit Gisgo, Volume 1 of The Gisgo Memoirs, is also available on Amazon. 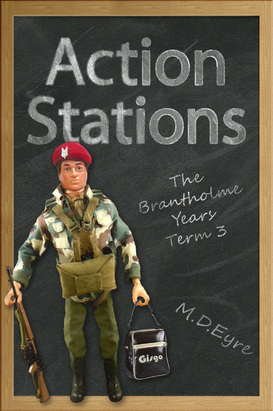 Action Stations is the third and final part of The Brantholme Years, a comedy trilogy set in the 1970s, when mobile phones, Facebook and Twitter didn't exist. There were, however, vinyl records, ice-cream vans, free public toilets and teachers who used to throw blackboard rubbers at you.

For George Tomlinson there's only one term left at Brantholme Junior High and although Donna James still doesn't want to go out with him that might change on the School Trip. There's also a Biology lesson to look forward to with The Most Boring Teacher in the World and a family holiday to the Lake District- although his mum and dad have decided to invite a witch along which might complicate matters a bit.

And then there's Barry Grouse, school hardcase and champion marble player, and Baz has plans for George and his mates, plans which end up with our hero taking part in the Battle of Big Hill... 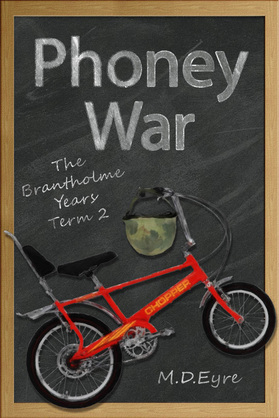 It's Term 2 at Brantholme Junior High School and for George Tomlinson and his mates 1976 has arrived with a bang. An epic snowball fight breaks out, which is a bit of a problem because Wacker Walker, the Headmaster of Brantholme, has banned snowballing but where there's a will there's a way. A school trip has also been advertised by Mr Bennett, to Adventure Camp, which is right up George's alley but how will he get the money to go? And how will he survive at Adventure Camp, a place of desolation, where shops, TV and a plug for his hairdryer don't exist...? To cap it all Wacker has gone all artistic and wants to organise a school orchestra while Baz Grouse has gone all nuclear and arranged a death match with the Brantholme Estate's foremost maniac Nobby Shuster...

Who said school was boring?

Phoney War is the follow-up to Fighting Talk, a series of humourous novels set in the 1970s that recount the misfortunes of George Tomlinson, a war-film obsessed school kid with a fondness for flared trousers, mullet haircuts and boiled-egg sandwiches. 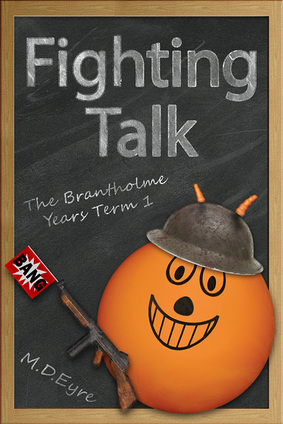 It’s 1975! Space hoppers, platform shoes, Jaws, The Osmonds! And…er… a Top 10 Military Helmets Chart.That’s all 12-year-old Georgie Tomlinson is bothered about – along with war comics, war books and war films.  But he’s also got a few other things on his mind as he begins his final year at Brantholme Junior High School; for a start there’s ‘Wacker’ Walker, headmaster and confirmed lunatic, as well as Barry ‘Baz’ Grouse, school bully and confirmed hardcase.

Featuring a large killer wasp,  copious supplies of laxative and a hippie English teacher, this is a hilarious coming of age novel about school, unrequited love and mullet haircuts… and all while wearing voluminous flared trousers and hoping to God nobody ever took a photo.

Fighting Talk: you'll be glad it's not the Seventies again. 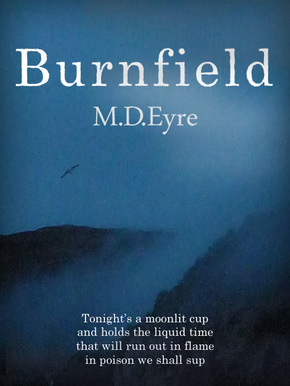 What links a religious massacre in the 16th Century, the suicide of a 1930s movie star and the murder of four boys in the summer of 1975?

Michael Watson, a teacher nearing the end of his career, believes he has found the answer, a terrifying yet strangely seductive secret that could lead to the fulfilment of all he desires-or something infinitely worse.

He lives in Burnfield, a small, obscure town situated in the north of England where nothing of much importance has ever really happened... or if it has no one has taken much notice.The local landowners, the Sinclairs, have resided there for centuries- reclusive, enigmatic, always keeping themselves to themselves, they own a house on the slopes of Burnfield's only memorable landmark, a large hill that looms over the town, a hill that Michael Watson believes to be central to what he has discovered about the town's shocking history.

But is he right or are the conclusions he's drawn simply the delusional fantasies of an old man who is running out of time?

This is a novel about the past and how the past impacts on the present in sometimes inexplicable and deadly ways.
Burnfield...an English horror story. 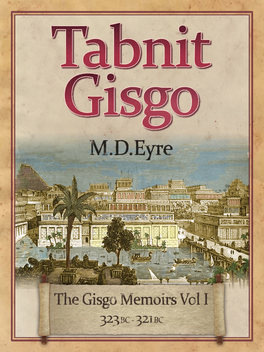 Here presented for the first time in print- unchanged and, more importantly, uncensored- are the memoirs of Tabnit Gisgo: spy, informer and occasional purveyor of fine wine and figs to the gentry of Athens.

His astonishing recollection of skulduggery, dissembling and lust takes him from the death chamber of Alexander the Great in Babylon to the banks of the River Nile, where a desperate battle takes place that will decide the future of the ancient world…

Oh, and as well as encountering the Great Conqueror himself, in all his power-crazed glory, (along with the voluptuous temple priestess of Nimip, a murderous Macedonian general who wants his blood and one enormous elephant) our scribe also reveals his disgraceful role in the greatest whodunnit of the age.