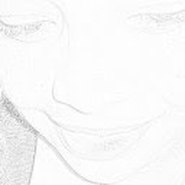 May Torres is a freelance writer born in New York City. She currently resides in New York with her children. At a young age she became fascinated by all things supernatural, as well as unexplained phenomena. She cites Stephen King as her favorite author, heavily influencing her love of the written word.

Although her love of the supernatural is the driving force in her writing, May aspires to branch out into other genres as well. Her rich experiences growing up as the only child of a single mother helped to forge an imaginative spirit. Her writing is a mixture of life experiences and pure imagination.

When May set out to write her first novel, she wrote it with her teen daughter in mind. She intends to keep writing for the young adult audience while also trying to captivate the adult reader. She hopes to be the kind of writer that keeps her readers on their toes, never knowing what to expect. After completing her first novel she was faced with the arduous task of getting it published. She struggled with the fear of her work being turned into something she would not recognize, in order to conform to publishers’ strict guidelines. She made the decision to self publish and, with a friend and fellowwriter, decided to start a company aimed at preserving the integrity of the author’s work. 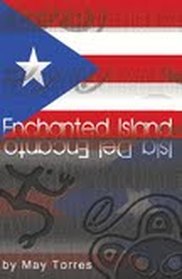 Gabriella Sanchez is an awkward, adolescent girl simply trying to fit in. Forced into a solitary existence by her classmates' unrelenting teasing, she attempts to change her lonely existence by befriending Molly Sinclair, the daughter of the wealthy couple her mother works for. Everything seems to be going well, until the day Molly decides she’s embarrassed to be friends with Gabriella.  Gabriella’s luck changes when she meets Gilberto Padilla, who accepts her just as she is. The two become inseparable, bringing both their families together as one. Gabriella is so happy she even forgives Molly and revisits their friendship.

With school out for the summer the three friends make plans to vacation in Puerto Rico. Gabriella is overjoyed to be experiencing it for the first time with her best friends. The first signs of trouble show up when a battle begins between the two girls, over Gilberto. But, while in Puerto Rico Gabriella and Molly meet Juan, a friend of the Padilla family. Molly instantly falls for him while he has his eye set on Gabriella. This infuriates Molly, who inadvertently causes a near fatal accident for her friend.

Eleven year old Gabriella then finds herself in the middle of an age old mystery after curious happenings begin to occur. After entrusting only her friends with the information, the four choose never to discuss it again, until Gabriella starts having cryptic dreams, years later. On a second trip to Puerto Rico, Gabriella, now fifteen years old, is determined to uncover the clues in her dreams.  She discovers that her dreams unlock mysteries of the ancient Taino tribe, in which she and her friends play an important role. Together they journey through time, to learn Gabriella’s fate, and a lesson of the inevitable law of Karma.