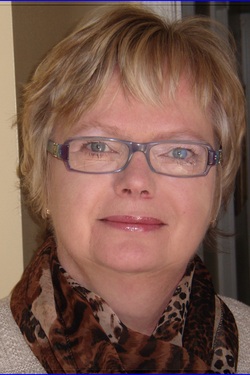 I’ve had a love affair with the written word all my life. I grew up on Nancy Drew, Tom Sawyer and Grimm’s Fairy Tales, eventually graduating to authors like Leon Uris and on to Le Carré, Grisham and Nora Roberts as well as biography and autobiography.

As a kid, summers would find me lounging against a tree in a local park, my bike parked nearby and my current
book and an apple in hand. During the cold months, I spent many a happy Saturday afternoon at the main library and was ecstatic when my grade five teacher wrote a note so I could have adult borrowing privileges.

It wasn’t until I was in second year university that I gave much thought to the future of my writing. My American Lit prof asked me to stay back after one class. I had just completed one of his (in)famous 600-word essays. He asked me if I was considering going into journalism, because he found my essays tightly organized and succinct. That ability, he told me, would make me a good candidate for reporting. That fall, I switched universities and programs, left home, took out a student loan and made my way to Ottawa, Ontario and the Carleton University School of Journalism.

Fast forward “a few” years and I never did pursue a journalism career but I did become a professional writer and editor. Now, I’m a published fiction author and what is called “a later bloomer” – I’ve reinvented myself yet again. And this time, I am pursuing my true passion: writing novels that tell stories about people who are embracing change and transforming their lives and the lives of their loved ones for the better. 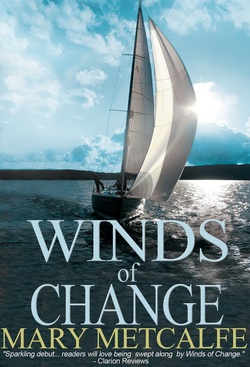 After losing her husband and daughter in a plane crash, Boston social worker Jennifer Barrett is rebuilding her life. Finding solace in her work, Jennifer helps young client Mark Powell find work at the seniors' residence where her father lives. After learning Mark hasn’t seen his father, an internationally-known broadcast journalist, in over four years, she can’t understand how a father could abandon his only son to chase war stories.

When Jennifer meets Ben Powell, she is prepared to dislike him, despite his charm and affable manner. But, when he reveals he’s been battling post-traumatic stress disorder, she realizes he didn’t want to bring his demons home to Mark, who has suffered from clinical depression. As Jennifer gets to know Ben, she realizes there may be room in her heart for laughter and new love.

Lana Fitzpatrick, a close friend of Jennifer’s and a young nurse helping care for Jennifer’s father, is also a widow, raising her youngl son Danny alone. As Lana gets to know her handsome co-worker, Mark Powell, and sees him bonding with Danny, she finds her heart filling with love.

As new family bonds form, all discover the power of friendship and love to overcome loss so they can face life with renewed hope.

"Sparkling debut… readers will love being swept along by Winds of Change.” 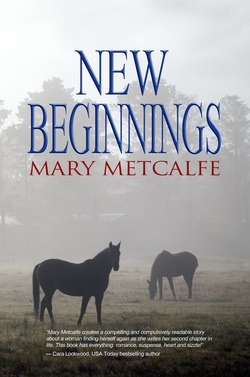 Workaholic real estate agent Carol Brock can't seem to find a good man. Her first husband cheated with a law clerk less than half his age. Then she found herself in a string of bad relationships with unscrupulous men, including a con man and art thief, who shredded her professional reputation and strained her relationship with her college-age children. Carol has sworn off men and is determined to reclaim her life and career on her terms. But, when Boston’s most eligible bachelor, restoration specialist Devin Elliott, puts in an offer on a charming Victorian, Carol admits she’s attracted. Devin’s offer unwittingly unleashes a psychopathic rage in an ex-girlfriend that spills into Carol’s life. As she and Devin try to stay one step ahead of violence, Carol must decide whether she's ready to risk her heart again.

"A compelling and compulsively readable story about a woman finding herself again as she writes her second chapter in life. This book has everything: romance, suspense, heart and sizzle!"

— Cara Lockwood, USA Today bestselling author of "I Do (But I Don't)" 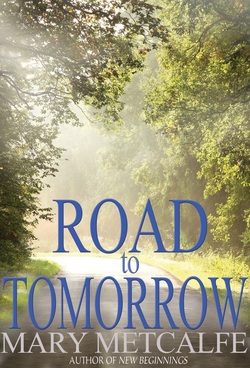 Andrea Garrett is trying to escape her abusive marriage. Fearing for her life, she leaves her two small children with her twin brother and flees her home the day before her husband is due to arrive back from a tour of duty. After falling asleep at the wheel and landing in a ditch, her life takes on a new direction when strangers step in and introduce her to a life she could only have imagined and one that could save her soul and give her children the future they deserve.