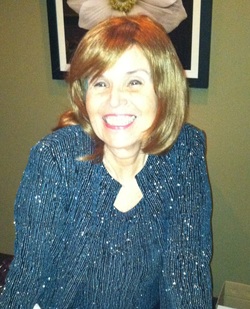 Mary Ann Bernal attended Mercy College, Dobbs Ferry, NY, where she received a degree in Business Administration. Her literary aspirations were ultimately realized when the first book of The Briton and the Dane novels was published in 2009. In addition to writing historical fiction, Mary Ann has also authored a collection of contemporary short stories in the Scribbler Tales series and a science fiction/fantasy novel entitled Planetary Wars Rise of an Empire. Her recent work includes Crusader’s Path, a redemption story set against the backdrop of the First Crusade, and Forgiving Nero, a novel of Ancient Rome.

Since Operation Desert Storm, Mary Ann has been a passionate supporter of the United States military, having been involved with letter-writing campaigns and other support programs. She appeared on The Morning Blend television show hosted by KMTV, the CBS television affiliate in Omaha, and was interviewed by the Omaha World-Herald for her volunteer work. She has been a featured author on various reader blogs and promotional sites.

The Briton and the Dane (Second Edition) 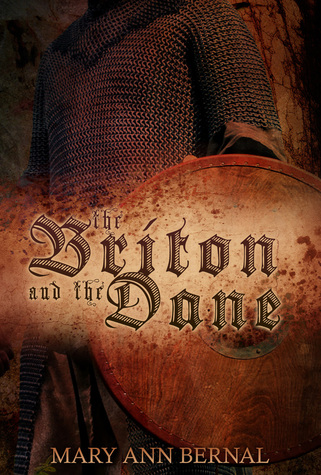 King Alfred the Great has thwarted the Viking threat against his kingdom of Wessex. Signing a treaty with the formidable Danish King Guthrum, he succeeds in pushing the heathen army back to the rolling fens of East Anglia.

An uneasy peace holds sway: The King establishes a standing army under Lord Richard, who takes command of the citadel at Wareham.

Richard and his army are accompanied by his daughter, Gwyneth, an impetuous and reckless young woman – at once striking, intellectually gifted, but dangerously vain and imprudent.

While Richard broods on the Viking threat, Gwyneth falls in love with an enemy prince - only to discover that she has been betrothed to a Saxon warrior twice her age.

Refusing to countenance her grim fate, she flees the fortress, but is soon kidnapped by a Viking warrior and taken to the camp of King Guthrum while Saxon search parties scour the land.

In captivity, a hostage to fortune, and the focus of political intrigue, Gwyneth is submerged in a world of expediency, betrayal and black treachery. Slowly, she realizes the truth is suspect, nothing is what it appears and her reality cannot be trusted.

And all the time, against this background, she desires nothing more than to be reunited with her dashing Danish prince.

Sample The Briton and the Dane

The Briton and the Dane: Birthright (Second Edition) 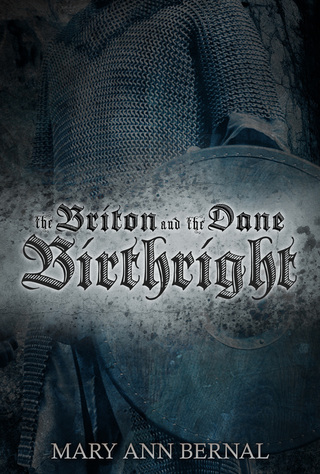 Two years have passed since Alfred the Great successfully defeated Guthrum, King of the Vikings.

The fair land of England is at peace. That is, until the harmony is threatened by Guthrum’s angry, vengeful, illegitimate son, Rigr, who is hell-bent on usurping his father’s throne.

Rigr demands his Birthright – an acknowledgement that he is the sole heir to the Danelaw, but his father refuses his claim. Rigr assembles his army; a motley, but formidable, cohort of disenchanted warriors.

Fearsome Guthrum, ruler of everything from Kent to Northumbria, is made aware of the threat and conjures his forces, meeting the rebellious host on the field at Thetford.

Thousands upon thousands of bloodthirsty warriors confront each other on the sunlit, windless plains of East Anglia. The victors will rewrite the course of history, and the fate of England is in the hands of the gods of war.

Sample The Briton and the Dane: Birthright

The Briton and the Dane: Legacy (Second Edition) 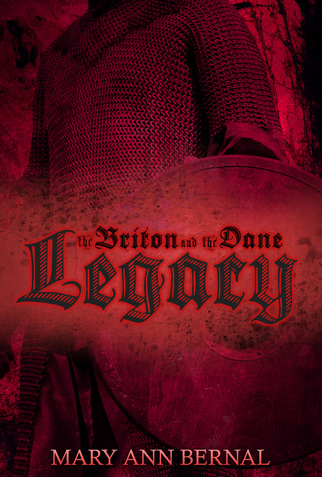 Whispered by the wise and the learned. Talked of in hushed tones round luminous firesides. Engraved by awestruck scribes in the scriptoria of the Chronicles.  Against all the odds, great King Alfred defeated a vastly superior Danish army outside Chippenham.

This victory, the sages prophesied, would guarantee peace throughout the land. Or so they thought.

Two years later, Rigr the Bastard, vengeful and seeking to claim his birthright, was defeated in the wilds of East Anglia. His blood smeared berserker warriors vanquished; no quarter asked for - no quarter given.

Now, a further two years later, the Vikings return. Noble Prince Sven instigates a seaborne invasion, fuelled partly by blind rage when he discovers that his brother, Prince Erik, has sworn fealty to the Anglo-Saxon king.

His own brother: A traitor and a fool.

Erik’s love, Lady Gwyneth, attempts to stop the invasion before it starts by uniting the two estranged brothers, but her scheming only succeeds in making matters worse. Indeed, her interference guarantees the death of thousands of warriors in the freezing, tumultuous North Sea.

So when the horns of Sven’s monumental fleet of warships are heard off the fogbound coast of Britannia, King Alfred – outnumbered, outshipped and weary of the fray - must rouse his jaded Saxon warriors and lead them to sea, to repel his most formidable enemy yet.

For a host motivated by the spilled blood of the fallen, the spirit of black vengeance, and the delights of a warrior’s reward in Valhalla, is the most fearsome opponent of all.

Alfred. Sven. Erik. Gwyneth.  Amidst the ferrous reverberation of a battle royale - one or all must die, and the fate of a nation hangs in the balance, one final time.

Sample The Briton and the Dane: Legacy
Amazon.com

The Briton and the Dane:  The Complete Trilogy 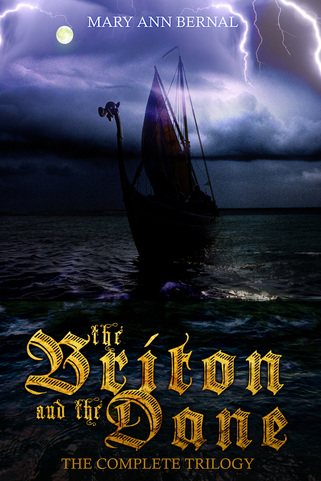 The Briton and the Dane novels bring to life the tumultuous ninth century when the formidable Vikings terrorized the civilized world. The epic adventure runs the gamut of deception, treachery, intrigue and betrayal during a time of war and conquest in Anglo-Saxon Britain.

Download a sample of The Briton and the Dane:  The Complete Trilogy

The Briton and the Dane: Concordia 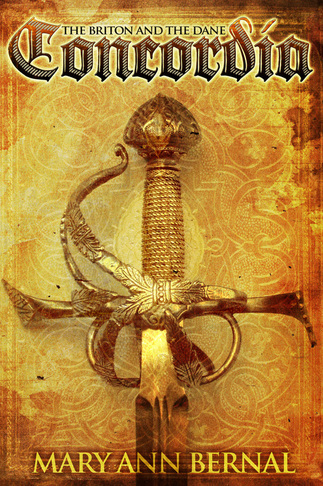 Travel back in time to late Ninth Century Anglo-Saxon Britain where Alfred the Great rules with a benevolent hand while the Danish King rules peacefully within the boundaries of the Danelaw. Trade flourishes, and scholars from throughout the civilized world flock to Britannia’s shores to study at the King’s Court School at Winchester.

Enter Concordia, a beautiful noble woman whose family is favored by the king. Vain, willful, and admired, but ambitious and cunning, Concordia is not willing to accept her fate. She is betrothed to the valiant warrior, Brantson, but sees herself as far too young to lay in the bedchamber of an older suitor. She wants to see the wonders of the world, embracing everything in it; preferably, but dangerously, at the side of Thayer, the exotic Saracen who charms King Alfred’s court and ignites her yearning passions.

Concordia manipulates her besotted husband into taking her to Rome, but her ship is captured by bloodthirsty pirates, and the seafarers protecting her are ruthlessly slain to a man. As she awaits her fate in the Moorish captain’s bed, by sheer chance, she discovers that salvation is at hand in the gilded court of a Saracen nobleman.

While awaiting rescue, Concordia finds herself at the center of intrigue, plots, blackmail, betrayal and the vain desires of two egotistical brothers, each willing to die for her favor. Using only feminine cunning, Concordia must defend her honor while plotting her escape as she awaits deliverance, somewhere inside steamy, unconquered Muslim Hispania.

Sample The Briton and the Dane: Concordia

The Briton and the Dane: Timeline 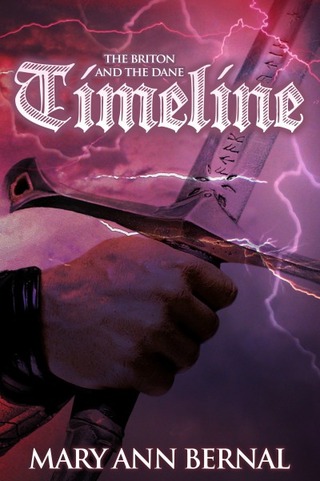 Dr. Gwyneth Franger is a renowned expert in early medieval England who is set upon learning the truth about the death of Lord Erik, the last descendant of the powerful House of Wareham.  Her quest becomes an obsession, a condition that began with the discovery of a portrait of the tall and valiant warrior with which she forms an extraordinary and inexplicable bond.

Digesting troves of mildewed scrolls and source documentation only enhances her belief that Lord Erik was brutally assassinated by a cabal of traitors in the pay of William the Bastard, shortly before the onslaught of the Norman Invasion.

On an archeological dig in Southern England, her team unearths an Anglo-Saxon fortress, a vast citadel built during the reign of Alfred the Great, which she believes was Lord Erik’s stronghold.  In the midst of her excitement, she is awakened one night from her slumbers by a disconcerting anomaly emerging from the site.

Dr. Franger finds herself transported back to the Dark Ages and at the side of the noble Lord Erik who commands an army of elite Saxon warriors, a swift and mobile force able to deploy quickly throughout the kingdom to ward off invaders.

Witnessing the unrest firsthand, Gwyneth senses that her instincts had been right all along, and she is determined to learn the identities of the treacherous blackguards hiding in the shadows, villains who may well be posing as Lord Erik’s friends and counselors.

Will Gwyneth stop the assassins?  Is she strong enough to walk away and watch her beloved Erik die?  Or will she intervene, change the course of history and wipe out an entire timeline to save the man she loves with all her heart? 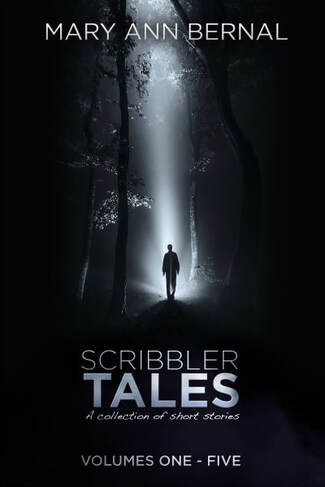 In Desperate Measures, Audrey learns of Paul’s duplicity when human cloning experiments go awry.  Forbidden Lore beckons Arianna and Ethan into a haunted cemetery where they are confronted by a gathering of witches with evil intent .  Adrian must challenge his father to marry Rina or suffer the fate of star-crossed lovers in Forever Lost.  In The Hourglass, Flair makes a covenant with the Devil to keep Brice alive.  Aaron reflects upon his childhood as a military brat in Sail with Me.

Madeline’s personal feelings clouds her judgment in Broken Promises where she must choose between love and obeying the law.  When the guilty walk, a vigilante executes the criminals in Deception.  Endgame finds a government researcher running for her life after discovering a horrific CIA secret in the isolated facility.  A modern day Don Juan’s life is turned upside down in Malice when he is falsely accused of rape.  In The Portrait, Holliday is obsessed with a formidable ancestor whose spirit wishes to possess her soul.

When a highly classified schematic of a prototype engine is stolen, the evidence points to an inside job in Hidden Lies.  In Nightmare, Melanie’s childhood demons carryover into adulthood when she returns to her ancestral home.  Detective Newport races against time to apprehend a killer targeting prosecuting attorneys in Payback.  The Night Stalker is not a figment of Pamela’s imagination as she tries to convince the police that her life is in danger.  While trying to identify a serial arsonist, a Fire Marshall suspects a highly decorated firefighter in Turning Point.

When the daughter of a wealthy entrepreneur is kidnapped, Agent Richards races against time to find her in Abducted.  In Cunning, newlywed Charlotte von Lichtner is obsessed with Transylvanian folklore when she encounters her husband’s mysterious kinsman.  Enamored finds Lady Margaret besotted with a younger man whose intentions are suspect in their unorthodox relationship.  Will the murderer succeed as he flees the crime scene in Reckless?   Doctor/patient confidentiality is sorely tested when Sarah reveals the truth about her lover’s death in Safeguard.

In her quest for immortality, Lilly considers a Satanic covenant before the portal closes on All Hallows’ Eve in Bloodlust.  When Felicity meets exotic Seth on a flight to Luxor, her fairy tale vacation is threatened by tomb robbers in Illusion.  Manhunt finds Tami and Mick suspecting the newest member of their team while planning one final heist at the Diamond Exchange.  Dr. Brenda Lancaster must develop a cure for a mutated pathogen before mankind becomes extinct in Pandemic. Angela plots her husband’s death in Revenge, unaware it may cost her the freedom she seeks.

​Planetary Wars: Rise of an Empire 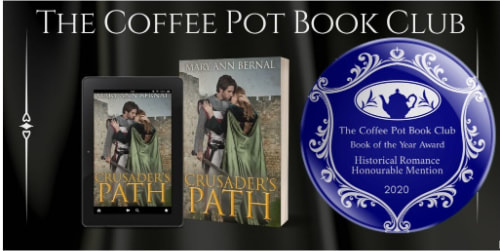