Martin Beaulieu was born in Canada, in 1948, 3rd of 7 children. At the age of 3 he developed a reputation for having a quick mind by being able to identify song titles and singers simply by noting the wear an tear on record labels - AKA, fingerprinting for 3 year olds. As a teenager, however, he became caught up in the rebellious mood of the Sixties and was, at best, an indifferent student. At age 48, he returned to school, earned an Associate Degree in Programming, and was subsequently hired by a Virginia software company to help fight the battle of Y2K. With victory in hand, he moved to Maine to work for a Local Telecom company. It was there, under the shadow of Stephen King's supremacy in all things bookish (writing, marketing, bookshelf domination, etc.), that he settled down to write the first of his 3 Science Fiction novels.

While he acknowledges Heinlein and Herbert as early influences, he depends upon 3 non-science fiction authors for his writing style: Charles Dickens for sentence construction; John Irving for his facile switches between various points of view; and Larry McMurtry for his amazing ability to create riveting dialogue.

He names Rex Stout, creator of the Nero Wolfe detective series, as his favorite author.

Martin (without the Mr.) currently resides in the hyphenated town of Perth-Andover, in NB, Canada. When he isn't writing, he maintains a lively Twitter presence, where he tweets about baseball, American politics, and of course, his novels, which have been sometimes described as gory, violent, and not for the young. Martin, however, points out that he frequently uses comedic situations in his stories to provide a balancing contrast to the sometimes lurid imagery. For those interested in a more personal insight, Martin welcomes all followers on Twitter. His Twitter Id is @beaulieubooks.

He is currently working on his 4th novel, The Child Fixer. 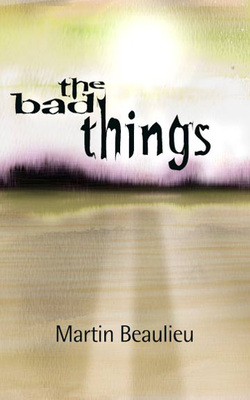 Ish is in for a busy day. Among the day's chores... search for his Master's missing children, who were probably devoured by Bad Things; avoid Ike Brewer, the nigra hunter; steer clear of Papa Nebo, the father of death; try to find a Witch Queen to put a killing hex on his Master; stay away from the graveyard that lately, is crawling with Zombies, Bakas, and ghosts... particularly, the black ones, which are hard to spot; and finally, save the world from an attack by aliens from another dimension who have their hearts set on conquering and depopulating Earth. 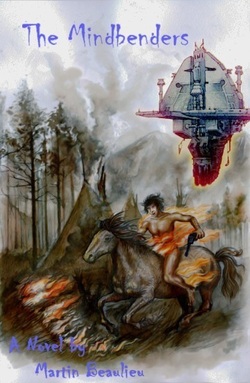 The Apaches don't want Clay. He is a demon maker and snake caller - not a combination guaranteed to make friends. The Monks don't want him either; his shocking telekinetic and mind control powers are more than they can stand. But when four aliens from the far side of the galaxy suddenly arrive to claim him, things quickly change. Now everybody wants Clay, including Royx, a mass murderer who has traveled through 4 million years of time to exploit Clay's uncanny abilities.