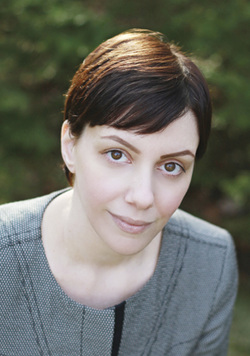 Martha Bourke grew up in Burlington, Vermont, often considered a hub of "free thinking.” She was encouraged to write, act and be creative at a very young age. An accomplished Spanish teacher, Martha has spent the last fifteen years creating Spanish programs for elementary schools. For most of her life, she has had a fascination with languages, culture and mythology – a passion that now colors and enriches her stories. She has written novels, short stories and poetry. But she admits to being totally “hooked” on YA Paranormal Romance.

Martha and her husband of thirteen years have carved out their own little piece of Vermont in the Massachusetts countryside. When not writing, Martha loves spending time with their animals, listening to good music, taking photographs, and adding to her Converse collection. She is currently working on book two of the Jaguar Sun Series, Jaguar Moon. She has three to five books planned for the series. 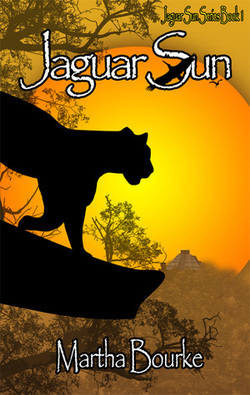 DECEMBER 21, 2012. Will that fateful day destroy our world, or did the Mayans have something else in mind?

JAGUAR SUN is the story of Maya Delaney, a typical sixteen-year-old high school junior of Mayan descent. She’s busy dealing with exams, her soon to be ex-boyfriend and fitting in. But Maya’s got bigger problems. She’s hiding a major secret from her dad and having strange visions she can’t control. In her struggle to figure out who she is, she learns that she is meant to fulfill an ancient Mayan Prophesy and bring forth a New Age on earth. Maya finds herself at the very center of a plot over the transition to take place when the Mayan Calendar ends on December 21, 2012. And on top of that, she and her friends are beginning to develop strange powers. Faced with learning to harness her new abilities in time to bring the world to a positive transition, Maya must reevaluate her relationships, identity, and her place in the world. But will the spirit magic she wields be enough to defeat Toltec, an evil society bent on keeping Maya from her destiny? Or will that destiny destroy her?