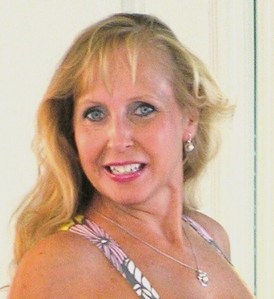 Marsha A. Moore is a writer of fantasy romance. The magic of art and nature spark life into her fantasy stories. She enjoys watercolor painting and drawing. After a move from Toledo to Tampa in 2008, she’s happily transforming into a Floridian. Crazy about cycling, she usually passes the 1,000 mile mark yearly. She is learning kayaking and loving it. She’s also a yoga enthusiast and never has enough days spent at the beach, usually scribbling away at new stories with toes wiggling in the sand. Every day at the beach is magical! 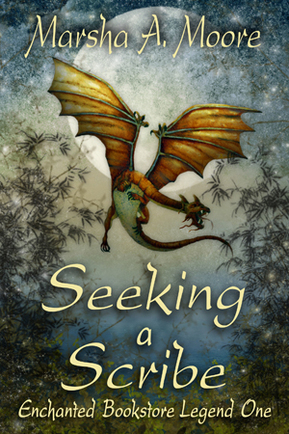 Lyra McCauley is a writer and loves fantasy novels, but until she opens a selection from bookstore owner Cullen Drake, she has no idea he’s a wizard character who lives a double life inside that volume…or the story’s magic will compel her from the edge of depression to adventure, danger, and love.

His gift to Lyra, the Book of Dragonspeir, was actually her copy, misplaced years ago. Lost in her pain following divorce and death, she fails to recognize him as her childhood playmate from the fantasyland. Friendship builds anew. Attraction sparks. But Lyra doubts whether a wizard is capable of love. She’s torn—should she protect her fragile heart or risk new love?

Opening the book’s cover, she confronts a quest: save Dragonspeir from destruction by the Black Dragon before he utilizes power of August’s red moon to expand his strength and overthrow the opposing Imperial Dragon. Lyra accepts the challenge, fearing Cullen will perish if evil wins. Along with magical animal guides, Cullen helps her through many perils, but ultimately Lyra must use her own power…and time is running out. 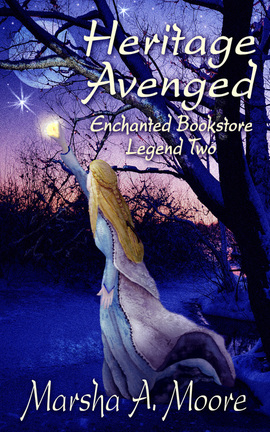 Lyra McCauley receives an alarming letter from the coroner who evaluated her deceased aunt, originally thought to have died of cancer. The news causes Lyra to take leave from her job and travel from sunny Tampa to the frozen island community in northern Michigan. Questioning whether Dragonspeir magic was responsible for her aunt’s death, she resolves to learn the truth and accepts the Imperial Dragon’s appointment into the Alliance sorcery training.

Additionally, becoming proficient in magic craft is the only way she can bridge the gap between her mortal human world and her lover’s. Cullen, a 220-year-old wizard, is dependent upon his Dragonspeir magic for immortality. He is her only family now; she cannot lose him.

Evil forces block her and try to steal her inherited scribal aura. Riding a stealth dragon, a cloaked rider pursues Lyra. Both the Alliance and Dark Realm alchemists lay tricks and traps. Her aura equals that of the first and most powerful Scribe, but will Lyra’s novice training allow her to discover the truth? Will she be able to be with Cullen, or will the Dark Realm keep them apart? 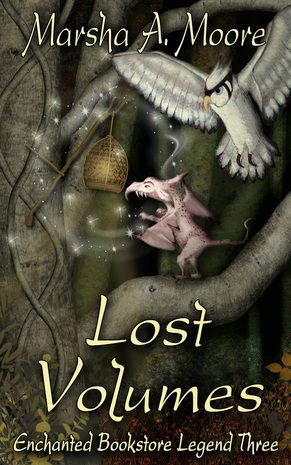 When Lyra McCauley learns residents of Dragonspeir’s Alliance are suffering with a deadly plague, she doesn’t heed the warnings of her fiancé, wizard Cullen Drake, to remain safe in her human world. After all, she’s the present Scribe—one of five strong women in her ancestry who possessed unique magic, each destined to protect the Alliance against the evil Black Dragon of the Dark Realm. With Cullen dependent upon Alliance power to maintain his immortality, the stakes are doubled for Lyra.

She leaves her college teaching and puts herself at risk for the community afflicted by black magic. To find a cure, she and Cullen travel into the vile, lawless underworld of Terza to strike a bargain with an expert. Their efforts further enrage the Black Dragon, vowing to decimate the Alliance and avenge the murder of his heir.

Lyra must secure the three lost volumes of the Book of Dragonspeir. Written by the three earliest Scribes, each book contains energy. Possession of the entire set will enable overthrow of the Dark Realm. Following clues into dangerous lands, Lyra and Cullen seek those volumes. His assistants, Kenzo the tiger owl and Noba the pseudodragon, prove invaluable aids. Only if they succeed, will the Alliance be safe and Lyra reach closer to the immortality she needs to live a life with Cullen. 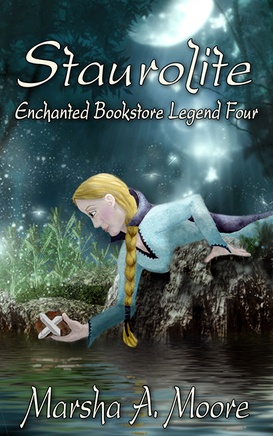 Lyra McCauley, current Scribe of the Alliance, is the only one who can decode magic hidden in the recently retrieved ancient texts written by her ancestors, the first four Scribes. Information in those writings can help Lyra locate the four missing keystones, which will restore power to the Alliance and allow overthrow of the Dark Realm. With peace restored, she and her beloved, Cullen, could finally marry.

Time is short with the Black Dragon’s Dark Realm increasing attacks to avenge the death of his heir. Many innocent lives are lost. Alliance residents are forced into hiding. Magicals and blue dragons follow leadership of the Imperial Dragon and the other three Guardians into battle to defend the Alliance.

While Lyra unlocks the ancient magic, she opens herself up to scribal powers from her ancestors. She alone can fight the deadliest of the Dark Realm’s forces—the cimafa stealth dragons—but at a cost. The energy flux threatens her health and ability to learn where to find the missing keystones. Can Lyra overcome this shrewd tactic of the Black Dragon to decimate the Alliance? 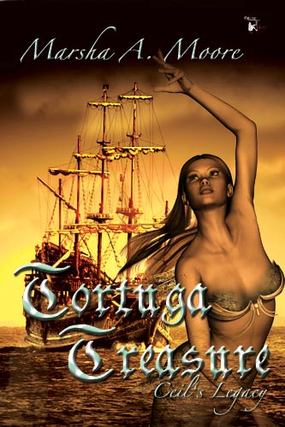 When Ciel first looks into Alvaro’s eyes she finds love. Bad timing. In the next instant he’s fatally stabbed in the back by one of his pirate mates. Her girlfriends warn her it will only bring on a heap of trouble to save him. Unable to resist, she gives him the gift of a new life as one of her kind--a merman.

Will their love encourage him to embrace life as a merman? Can love survive if he wishes to return to human form? Either way, her friends speak true. No matter how much mermagic and dark vodou Ciel and her friends cast, blood-thirsty buccaneers chase them across the Caribbean until Alvaro finally decides. 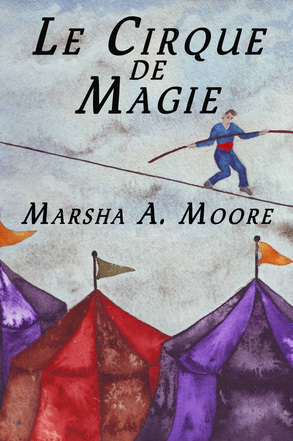 The circus is a blur of commotion with last minute preparations for the spring tour. Ravi, the high-wire heart throb, becomes jittery when he meets the company’s newly-hired female dwarf. Hours before departure, his magical perceptions are on fire as he witnesses her involvement in a gory bump off.

The circus manager can’t be found. Ravi is desperate to protect his sweetheart and performing partner, Alice. The train creaks away, beginning the long journey with danger stowed on board. Nicknamed the Great Birdman, Ravi steps forward and exposes his true identity—a real risk during edgy, vigilante times of prohibition. A brave move—but will his Suparna abilities be enough to snuff out this fierce demon? 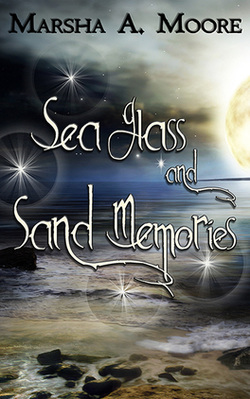 Looking forward to a relaxing week at a Lake Michigan coastal resort, Kate finds much more than the picturesque dunes she intends to paint. Adventures start when her requested room is switched beside an unusual couple—a witch and her lover, a ghost.

During Kate’s stay, the handsome ghost, Anson, tries to ensnare her into helping him escape the malevolent witch who took his life. She enslaved his spirit and holds him captive on the property of his mother’s resort. Anson wins Kate’s heart and loyalty, but is that enough to set him free? 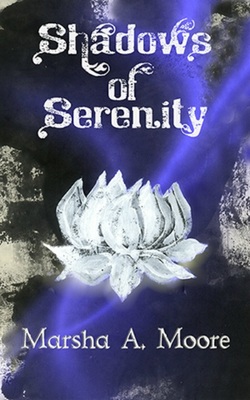 Joyce Runsey spends her life savings to open a yoga studio in an historic Victorian St Augustine house, only to discover the property is haunted. A female ghost’s abusive and very much alive husband still tortures her by using dark witchcraft. The disruptive energy thwarts Joyce’s ambition to create a special environment to train students to become yoga teachers.

Joyce engages in a deadly battle with not only the tormented spirit, but also the dangerous husband. To protect her students from harm, she must overcome mounting obstacles. An unknown swami pays an unexpected visit to give advice on how to free the anguished ghost. Can Joyce comprehend and follow the wise man’s guidance in time to save everyone who depends on her?