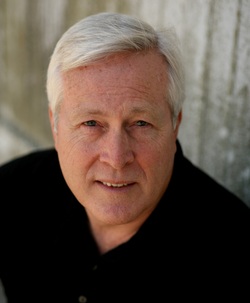 Mark was a police officer with the Santa Rosa Police Department in California for twenty-six years; an award-winning journalist; and a Vietnam combat veteran. He served with several law enforcement task force operations, including the presidential Organized Crime and Drug Enforcement Task Force targeting major drug traffickers, and the federal Organized Crime Task Force charged with identifying and prosecuting prison gang leaders. He lives in the Pacific Northwest with his family. 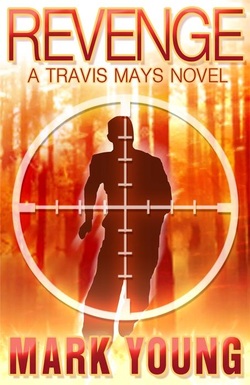 When a trained killer threatens ex-cop Travis Mays—and those Travis loves—he finds a skilled adversary and an unexpected fight.

After a high stakes gamble ends in personal tragedy, Travis walks away from years of training and a highly successful law enforcement career. Determined never to look back, he starts a new life and a new career, teaching criminology at the university and building a cabin in the idyllic Idaho Mountains. He hires a beautiful river guide, Jessie White Eagle from the Nez Perce tribe, to guide him safely down the Lochsa. The turbulence of the whitewater, however, is just the beginning of his troubles. Travis finds himself in the crosshairs of a killer—calling himself Creasy—bent on revenge.

This fast-paced thriller takes readers on a wild ride down Idaho’s whitewater rivers, along the historic Lolo Trails once tread by the Nez Perce nation, and onto the city streets of California. Tighten your helmet. This ride never stops until the last shot is fired and the final body falls.

Off the Grid (A Gerrit O'Rourke Novel) 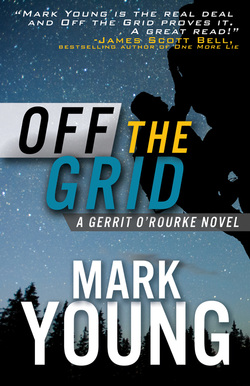 Murders, bombings and a cryptic message force police detective Gerrit O’Rourke to live Off the Grid for his own survival—and that of the nation.

MIT educated, Force Recon trained, Gerrit joined the Seattle police department seven years ago after his parents perished in a car bomb in that city. A government-sanctioned coalition recruits Gerrit to retrieve information vital to U.S. interests, where he discovers the murdered body of a scientist dumped in a Vienna, Austria hotel room. This discovery—coupled with an intercepted message about a covert operation called Project Megiddo—hurls Gerrit into an international thriller that forever changes his world. 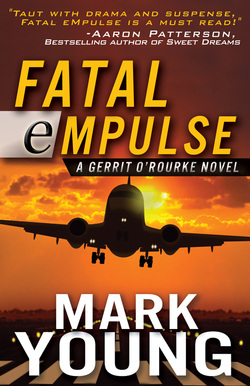 "Taut with drama and suspense, Fatal eMpulse is a must read!"
--Aaron Patterson, Bestselling author of Sweet Dreams

A presidential edict hurls Gerrit O’Rourke and his international team deep into the heart of the Mid East to prevent an aerial attack threatening to start another world war. To make matters worse, a traitor close to the president alerts others of Gerrit’s mission. Only days away from the attack, the team must stay alive long enough to complete their mission and thwart whoever is trying to orchestrate their deaths.

Racing from the blue waters of Florida’s Key West and California’s Lake Tahoe to the Persian Gulf and the Caspian Sea, everything comes down to this—who will survive? Gerrit’s past again rises to create conflict between himself, his Mossad-trained partner Alena Shapiro, and a flame from the past—CIA agent Shakeela Vaziri. Beyond romance, beyond survival, Gerrit and his team must race against the clock as attack planes launch. Every second counts.