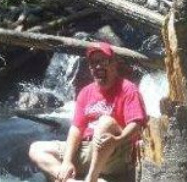 Mark Tufo was born in Boston Massachusetts. He attended UMASS Amherst where he obtained a BA and later joined the US Marine Corp. He was stationed in Parris Island SC, Twenty Nine Palms CA and Kaneohe Bay Hawaii. After his tour he went into the Human Resources field with a worldwide financial institution and has gone back to college at CTU to complete his masters.

He has written the Indian Hill trilogy with the first Indian Hill - Encounters being published for the Amazon Kindle in July 2009. He has since written the Zombie Fallout series and is working on a new zombie book.

He lives in Colorado with his wife, three kids and two English bulldogs. Visit him at marktufo.com or Zombiefallout.blogspot or facebook for news on his next two installments of the Indian Hill trilogy and upcoming installments of the Zombie Fallout series. Follow at Twitter 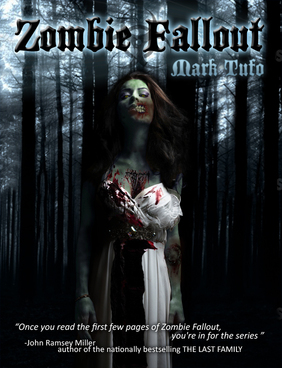 Reuters – Estimates say that nearly three thousand people nationwide, and fifteen thousand people worldwide have died of the H1N1 virus or Swine flu and nearly eighty thousand cases have been confirmed in hospitals and clinics across the United States and the world, the World Heath Organization reported. The influenza pandemic of 2010, while not nearly as prolific as the one that raged in 1918 still has citizens around the world in a near state of panic.

There would be no more headlines.

It started in a lab at the CDC (Center for Disease Control), virologists were so relieved to finally have an effective vaccination against the virulent swine flu. Pressure to come up with something had come from the highest office in the land. In an attempt at speed the virologists had made two mistakes, first they used a live virus and second they didn’t properly test for side effects. Within days hundreds of thousands of vaccinations shipped across the US and the world. People lined up for the shots, like they were waiting in line for concert tickets. Fights broke out in drugstores as fearful throngs tried their best to get one of the limited shots. Within days the CDC knew something was wrong. Between 4 and 7 hours of receiving the shot roughly 95% succumbed to the active H1N1 virus in the vaccination. More unfortunate than the death of the infected was the added side effect of reanimation, it would be a decade before scientists were able to ascertain how that happened. The panic that followed couldn’t be measured. Loved ones did what loved ones always do, they tried to comfort, their kids or their spouses or their siblings, but what came back was not human not even remotely. Those people that survived their first encounter with these monstrosities usually did not come through unscathed, if bitten they had fewer than 6 hours of humanity left, the clock was ticking. During the first few hysteria ridden days of The Coming as it has become known, many thought the virus was airborne, luckily that was not the case or nobody would have survived. It was a dark time in human history. One from which we may never be able to pull ourselves out of the ashes from.

Print and Kindle at Amazon.com     Print and Nook at Barnes&Noble.com       Smashwords.com

Zombie Fallout 2: A Plague Upon Your Family 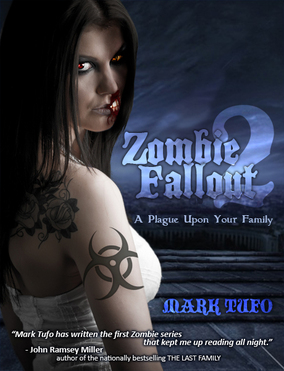 This story picks up exactly where book one left off. The Talbot family is evacuating their home amidst a zombie apocalypse. Mankind is on the edge of extinction as a new dominant, mindless opponent scours in search of food, which happens to be non-infected humans.
In these pages are the journal entries of Michael Talbot, his wife Tracy, their kids Nicole, Justin and Travis. With them are Brendon, Nicole's Fiancee and Tommy previously a Wal-Mart door greeter who may be more than he seems. Together they struggle against a ruthless, relentless enemy that has singled them out above all others.
The Talbots have escaped Little Turtle but to what end, on the run they find themselves encountering a far vaster evil than the one that has already beset them. As they travel across the war torn countryside they soon learn that there are more than just zombies to be fearful of, with law and order a distant memory some humans have decided to take any and all matters into their own hands. Can the Talbots come through unscathed or will they suffer the fate of so many countless millions before them. It's not just the brains versus the brain-eaters anymore. The stakes may be higher than merely life and death with eternal souls on the line.

Print and Kindle at Amazon.com     Print and Nook at Barnes&Noble.com 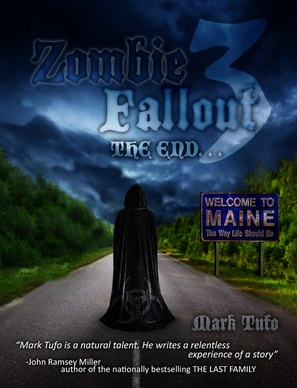 Continues Michael Talbot's quest to be rid of the evil named Eliza that hunts him and his family across the country. As the world spirals even further down into the abyss of apocalypse one man struggles to keep those around him safe.

Side by side Michael stands with his wife, their children, his friends and the wonder Bulldog along with the Wal-Mart greeter Tommy who is infinitely more than he appears and whether he is leading them to salvation or death is only a measure of degrees.

Print and Kindle at Amazon.com     Print and Nook at Barnes&Noble.com 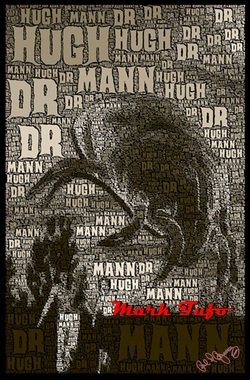 Before there were zombies.....There was the virus that started it all.

Zombie Fallout 4: The End Has Come and Gone 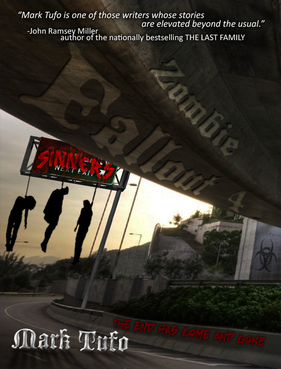 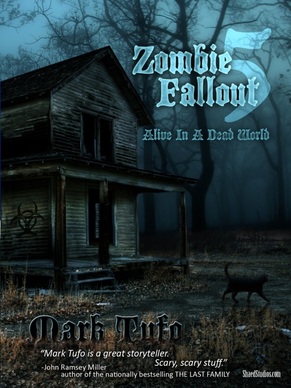 Eliza turned to Tomas
"This is the end...he is no longer alive in a dead world."


Zombie Fallout 6:  'Til Death Do Us Part 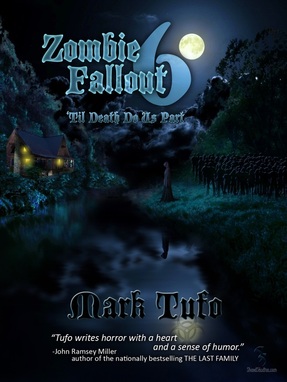 BT, Gary and Mrs. Deneaux race to the Talbot compound in a desperate bid to turn the tides of a lost war.
Is Michael dead? Is the question plaguing the Talbots as they prepare for the final showdown with a merciless enemy hell bent on their absolute destruction. 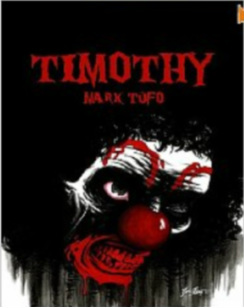 Timothy was not a good man in life and being undead did little to improve his disposition. Find out what a man trapped in his own mind will do to survive when he wakes up to find himself a zombie controlled by a self-aware virus.

Timothy is a 30,000 word novella from the best selling author of the Zombie Fallout series. 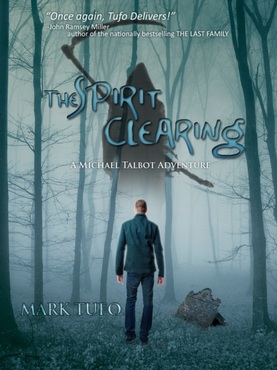 After a horrific accident Mike wakes to find himself blind in one eye. He now sees things that others can't and nobody will listen to him.

That is until he meets Jandilyn Hollow. Will she be able to pull him out of the depths of his despair?

Can love transcend even death? 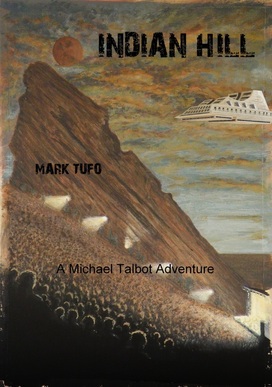 This first story is about an ordinary boy, who grows up in relatively normal times to find himself thrust into an extra-ordinary position. Growing up in suburban Boston he enjoys the trials and tribulations that all adolescents go through. From the seemingly tyrannical mother, to girl problems to run-ins with the law. From there he escapes to college out in Colorado with his best friend, Paul, where they begin to forge new relationships with those around them. It is one girl in particular that has caught the eye of Michael and he alternately pines for her and then laments ever meeting her.

It is on their true ‘first’ date that things go strangely askew. This is where the story truly takes a paranormal twist. Mike soon finds himself captive aboard an alien vessel, fighting for his very survival. The aliens have devised gladiator type games. The games are of two-fold importance for the aliens. One reason, being for the entertainment value, the other reason being that they want to see how combative humans are, what our weaknesses and strengths are. They want to better learn how to attack and defeat us. The battles are to the death on varying terrains that are computer generated. 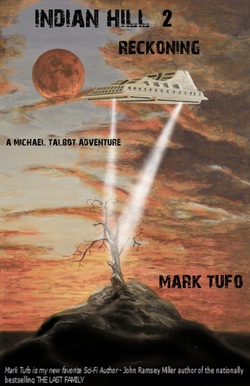 This story starts where book 1 ended our hero Michael Talbot after escaping from the Progerian Alien vessel with their Supreme Commander is now given the opportunity to hide in obscurity with the rest of the human race or rise to the occasion and once again find himself immersed in a battle that he wants nothing to do with.
Mike goes home and while reconnecting with a family that believed him dead he decides to join whatever resistance force can be mustered to repel the oncoming invasion. As the world of man gets thrust towards the abyss of extinction, two women in love with the same man make a desperate bid to travel across the country to reunite with him.

Mike will suffer the ultimate betrayal from those he loves the most, will mankind fall and be ground to dust like so many other civilizations or will the tiny hu-mans thwart a takeover? Only time, and shed blood will tell.