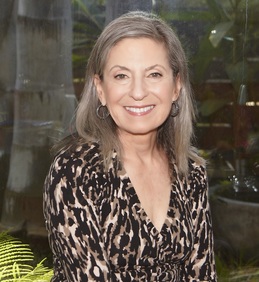 Madeline Sharples is the author of the memoir, Leaving the Hall Light On: A Mother’s Memoir of Living with Her Son’s Bipolar Disorder and Surviving His Suicide, released in a hardback edition in 2011 and re- released in paperback and eBook editions (Dream of Things, 2012). It tells the steps she took in living with the loss of her oldest son, first and foremost that she chose to live and take care of herself as a woman, wife, mother, and writer.

Madeline’s articles appear regularly at the Naturally Savvy, PsychAlive, Aging Bodies, and Open to Hope websites. She also posts at her blogs, Choices and Red Room, and she is currently writing a novel.  Madeline’s mission since the death of her son is to raise awareness, educate, and erase the stigma of mental illness and suicide in hopes of saving lives.

Leaving the Hall Light On: A Mother's Memoir of Living with Her Son's Bipolar Disorder and Surviving His Suicide 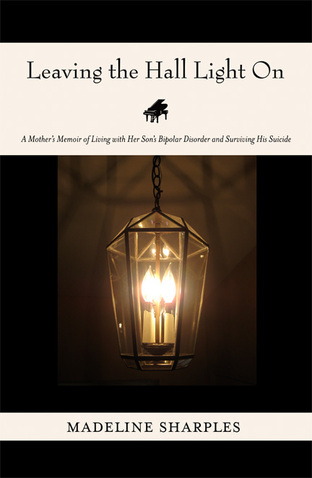 Leaving the Hall Light On is about living after loss. It's about finding peace and balance and various ways the author, Madeline Sharples, brought herself together after feeling so helpless and out of control during her son Paul's seven-year struggle with bipolar disorder and after his suicide in September 1999.  Sharples explains: "I write about the steps I took in living with the loss of my son, including making use of diversions to help ease my grief. Leaving the Hall Light On is also about the milestones I met toward living a full life without him: packing and giving away his clothes, demolishing and redoing the scene of his death, cataloging and packing away all his records and books, copying all of his original music compositions onto CDs, digitizing all of our family photos, and gutting his room and turning it into my office and sanctuary with a bay window that looks out toward a lush garden and a bubbling water fountain."

The author's book shares several aspects of her son's illness and how she and her husband, and their other son, Ben, survived Paul's suicide, as it:

• Describes the frustration, anger, and guilt of trying to care for an adult child with mental illness
• Gives mothers and fathers who have experienced a child's death ways to get out of the deep dark hole they are in
• Tells people the realities of mental illness
• Describes the steps Sharples took in living with this loss; the first and foremost that she chose to live and go on with life and take care of herself as a woman, wife, mother, writer
• Shows readers that grief is love in action. To let ourselves grieve is to feel the depth of our love for as long as it takes. For those of us whose children have died, that may take the rest of our lives, but we will discover the gifts of our loss in the process.