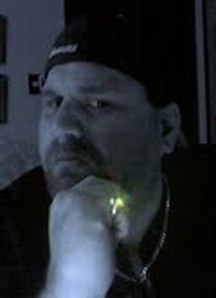 The jewel you see glowing in the ring in my authors photo isn't really a jewel at all. It is the crystallized tear of a real dragon. In my novel "The Royal Dragoneers" you might find the moment where this wonderfully magical tear drop fell from a green dragons eye. It hardened on its way down to land in a mess of troll corpses that the dragon was laying on.

My grandfather died before I was born, but the ring was given to me by my mother, after my grandmother recently died. My grandfather had apparently won it in a poker game near the Red River between Texas and Oklahoma sometime in the early 1900's.

It has been a boon, the magic of the teardrop, for it brought you here to me didn't it? Now treat yourself to something fantastic and try out the free sample of one of my novels. I hope you enjoy the journey. It will be spectacular. 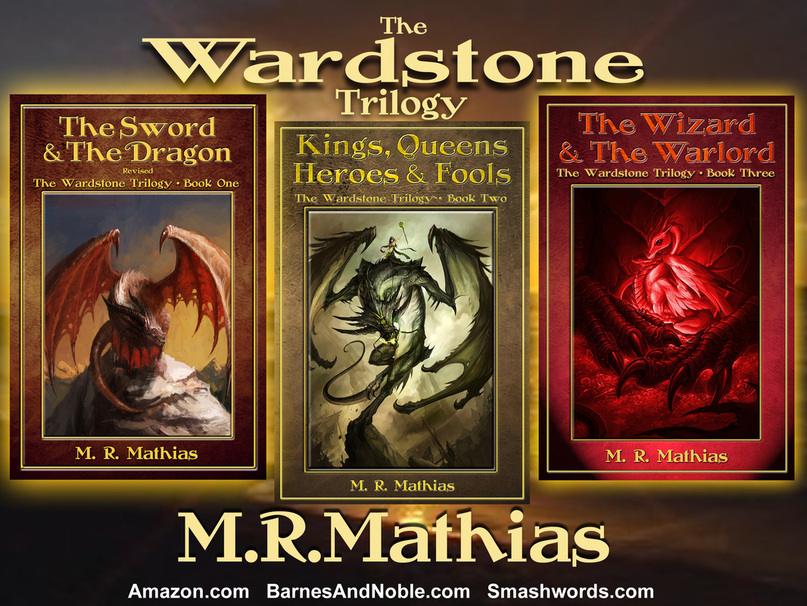 The Sword and the Dragon (The Wardstone Trilgy Book One)

Deemed one of the top 10 indie Fantasy releases of 2010 by Fantasy Book Critic, and listed in the first ever Publishers Weekly Indie Select issue, this 235k word epic title was originally written in longhand in a Texas prison cell by M. R. Mathias.

When the Royal Wizard of Westland poisons the king so that his puppet prince can take the throne and start a continental war, a young squire is forced to run for his life carrying the powerful sword that his dying monarch burdened him with from the death bed.

Two brothers find a magic ring and start on paths to becoming the most powerful sort of enemies, while an evil young sorceress unwillingly falls in love with one of them when he agrees to help her steal a dragon's egg for her father. Her father just happens to be the Royal Wizard, and despite his daughter's feelings, he would love nothing more than to sacrifice the boy!

All of these characters, along with the Wolf King of Wildermont, the Lion Lord of Westland, and a magical hawk named Talon, are on a collision course toward Willa the Witch Queen's palace in the distant kingdom of Highwander. There the very bedrock is formed of the powerful magical substance called Wardstone.

Who are the heroes? And will they get there before the Royal Wizard and his evil hordes do?

Whatever happens, the journey will be spectacular, and the confrontation will be cataclysmic.

Join Hyden Hawk Skyler, and some great new friends, on an adventurous quest, over land and sea, to find the Silver Skull of Zorellin.

Fight with Mikahl, Ironspike, and fierce King Jarrek as they try to free the enslaved people of Wildermont from King Ra'Gren and his Dakaneese Overlords.

Patrol the skies with Shaella, and her new black dragon, Vrot. With her father's spell books, and the Priests of Kraw, she decides to aid King Ra'Gren, while scheming to free her lover, Gerard, from the hellish Nethers.

Demonic love, valiant battles, and foolhardy heroics await readers in this 175k word (600+ page) continuation of the epic 'Wardstone Trilogy' that was written in a Texas prison cell, by author, M. R. Mathias.

The ***MAP*** of the Mainland Kingdoms can be found at: MRMathias.com

The Wizard and the Warlord (The Wardstone Trilogy Book Three)

**The Wizard and the Warlord - The Wardstone Trilogy-Book III** is the gripping conclusion to the epic fantasy trilogy that M. R. Mathias wrote in a Texas prison. This compelling volume brings the elves, dwarves, giants, and the dragons into the story again as our heroes, led by High King Mikahl and the great wizard Hyden Hawk, are forced to fight for the fate of the Kingdoms. This time, they do so against the terrible creature that Gerard Skyler has become, and the legions of demon-beasts that he commands.

From M.R. Mathias,
This is the CONCLUSION to The Wardstone Trilogy. It has taken me several years and a lot of sleepless nights to complete this grand work. When I decided to become a writer I gave it my all, from the moment I put the inkpen to paper in prison, to the new epic I am halfway through writing now. I hope you like reading Wardstone as much as I enjoyed writing it and bringing it to fruition.

You may see some of these characters and locals again, but the story of Claret and mighty Ironspike comes to its magnificent end here. 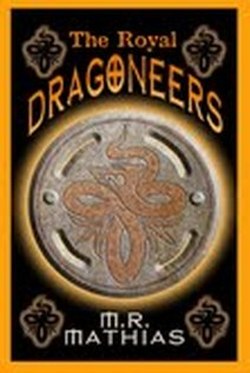 Hold on to your dragon! You're about to journey through a brave new world of hearty survivors straight into a dragon riding, troll fighting adventure for the ages.

After struggling for more than two centuries to tame the inhospitable, dragon infested Islands where they washed up, the descendants of the survivors of a lost passenger ship are now striving to tame the Mainland they have found.

But the Goblin King, an Ivory antlered demon called Gravelbone, has a different plan for the men who are invading his territory. He and his Nightshade are rallying the trolls to defend their lands.
With the help of the dragons, goblins, and orcs they plan on rendering the wall the humans have built useless, so that they can drive man back to the islands from where they came.

When stubborn King Blanchard finally accepts that the kingdom really is under attack it may be too late, and the only ones who can save the people on the Mainland have been locked away in the dungeon.

Join some brave young men and their mentor, a grizzled old King's Ranger, and a particularly clever young magic wielding woman, as they traverse the wild frontier, and sail to King's Island to warn the King of the warring trolls. Then hold on for your life as you tear through the pages, because the pure blooded dragons they have befriended have another plan all together. 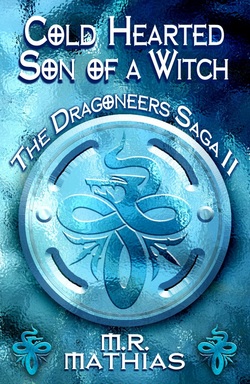 Zahrellion, Rikky, and their dragons, embark on a quest to find the special mushrooms Mysterian needs to save Prince Richard from Gravelbone’s poison.

Meanwhile, Jenka and his loveable dragon, Jade, escort the King's Rangers back to Kingsmen's Keep. When Jenka and the half-elvish mute, Lemmy, find a map at the Temple of Dou, they follow it and find more trouble than they bargained for.

Ultimately, the five Dragoneers come together as they are forced to stand and face a terrible threat that is only just revealing itself... Hold on to your Dragon! 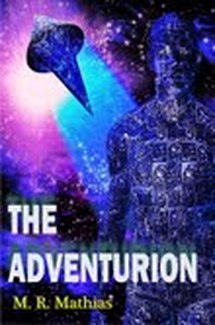 When Fizz and Rodger, two twelve year old boys, get caught up in a DTB (Direct To Brain) virtual reality experiment they are thrust into the Advanced Technology Gaming company server where virtual worlds are created for video games, and military training units. Trying to get away, they manage to find their way out of the server into the surreal Ethernet where websites and online game worlds actually exist. A wild and thrilling adventure ensues as the boys fight (and think) their way through several virtual worlds to find an elusive "Extraction Point".

A dangerous World War II game scape, an online dragon hunt, and a gripping space battle on the Starship Parallax are but a few the thrills they find.

Along the way Rodger makes a habit of lying and smarting off which causes him to be taken captive by ethereal aliens. Fizz is forced to try and save the day in a climax that will have even the adult readers curling their toes and cheering him on.

This is a quality read for intelligent kids, and adults who want to go on a thrilling ride through the inner workings of the digital world we live in.