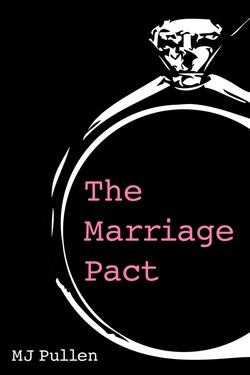 Marci Thompson always knew what life would be like by her 30th birthday. A large but cozy suburban home shared with a charming husband and two brilliant children. A celebrated career as an established writer, complete with wall-to-wall mahogany shelves and a summer book tour. A life full of adventure with her friends and family by her side. Instead, Marci lives alone in 480 square feet of converted motel space next to a punk rock band, hundreds of miles from her friends and family. She works in a temporary accounting assignment that has somehow stretched from two weeks into nine months. And the only bright spot in her life, not to mention the only sex she’s had in two years, is an illicit affair with her married boss, Doug. Thirty is not at all what it is cracked up to be. Then the reappearance of a cocktail napkin she hasn’t seen in a decade opens a long-forgotten door, and Marci’s life gets complicated, fast. The lines between right and wrong, fantasy and reality, heartache and happiness are all about to get very blurry, as Marci faces the most difficult choices of her life. 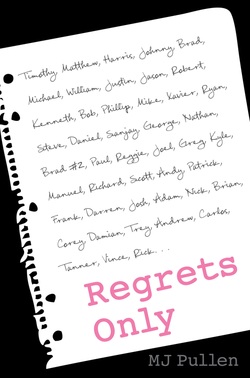 M.J. Pullen follows up her debut novel, The Marriage Pact, with this fast-paced and charming sequel, centering on Marci's famously finicky best friend, Suzanne. Readers who enjoyed the first will love this addition, while those who haven't read the first will find REGRETS ONLY stands on its own.

At thirty-three, Suzanne Hamilton has it all. A successful party-planning business with an elite client list. A swank condo in a hot Atlanta neighborhood and a close group of friends – especially her longtime best friend Marci. A list of men a mile long who have tried to win her heart and failed. Plus, she’s just landed the event that will take her career and social status to the next level. What could she possibly have to regret?

Then a freak accident changes everything, and Suzanne discovers that her near-perfect life is just a few steps away from total disaster. She is humiliated and at risk of losing it all… except the surprising support of her newest celebrity client. With nothing else to go on, Suzanne follows him into an unexpected job and unfamiliar territory. Soon she will question everything – her career, her past, her friendships, and even her own dating rules.

But when her catalog of past relationships turns into a list of criminal suspects, she is faced with the horrifying possibility that she may not live to regret any of it…