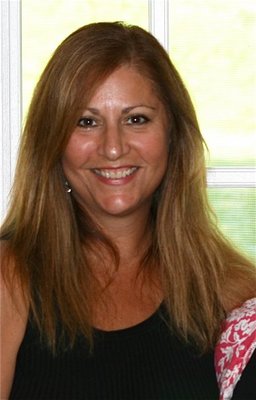 Lynne’s love of the written word began early. An avid Nancy Drew reader in elementary school – the highlight of her week was going to the store with her father and buying the next book in the series. When the day arrived that she was able to solve the mystery half way through – she reluctantly set them aside and moved on to other books. For as long as she can remember, she has been prodded to “get her nose out of the book” when vacationing with friends. Her love of mystery and suspense is as strong today as it was back then and she is a voracious reader of thrillers and suspense.

Lynne wrote her first book, Circle Dance, with her sister Valerie. Writing Circle Dance was a journey of love fueled by the desire to pass on to their children the traditions and experiences unique to them as second generation Greek Americans. Lynne was raised in a close-knit family surrounded but extended family and “adopted” family through the Greek community. Both she and her sister wanted to leave a legacy for their children and future generations of a bygone era.

Lynne attended Hellenic College where she earned her undergraduate degree in Human Development. She went on to earn her masters degree in Business Administration at Johns Hopkins University. She has an extensive marketing background and over eighteen years of business experience. She left the corporate world in 2000 to pursue her writing full time. She has written for magazines and journals but her true passion is fiction.

A native of Baltimore, Maryland, Lynne relocated to the New York area with her husband and children. In addition to her writing, she is active in her church and local community. She serves on the board of her town’s Women’s League – a philanthropic organization dedicated to helping women and children. She is passionate about education, reading, health, and wellness. She enjoys traveling, spending time on the beach and talking walks with her family and their adorable golden retriever. Lynne is currently at work on her next book, a thriller. 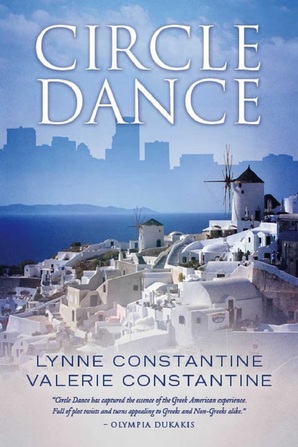 The beautiful Parsenis sisters led charmed lives – or so they thought. Born into a prosperous Greek American family, sisters Nicole and Theodora have achieved the perfect balance between the old world rich in Greek tradition and the freedom of life in America. But when Theodora marries a rich and handsome man from outside the Greek community, events are set in motion that threaten to disrupt the enchanted “circle” of the sisters’ lives.

Headstrong and independent, Nicole plunges into life head-first. Her talent and astute business acumen make her the perfect heir to her father’s empire, but his old world attitudes prevent him from giving the top spot to a woman. Nicole’s world spins out of control when she falls for a married senator who shares her heritage and her dreams.

As the dramatic plot unfolds, the two young women must confront deceit and betrayal and the consequences of their personal choices – while they struggle to preserve the values they cherish.

Set in Baltimore, Annapolis and the tiny island of Ikaria, Greece, Circle Dance gives the reader a view into the lives of a dynamic family that has successfully achieved the American dream without abandoning the customs and traditions handed down through their Greek heritage. Artfully intertwined plots bring generations together in a dance of rejoicing and mourning, loss and healing that will keep viewers enthralled until the last frame.

Read a sample of Circle Dance

The two sisters behind the Circle Dance 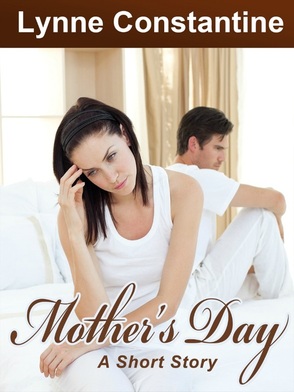 It’s another Mother’s Day and Miranda is still not pregnant. Her unsuccessful attempts have left her defeated and despondent. Everyone, it seems, is a mother except her. As she prepares to spend another Mother’s Day surrounded by family, Miranda must come to terms with how her infertility has affected her relationship with her husband, her sisters and her friends. But the ultimate challenge is learning to forgive her own body for its betrayal and recognizing when hope has changed from an ally to a foe.

The Deception, A Short Story 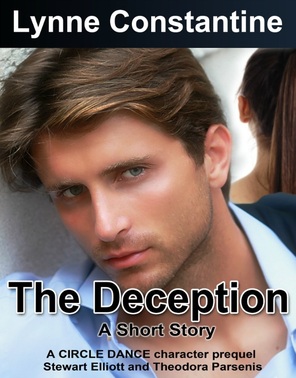 Theodora Parsenis believes that Stewart Elliott is the man of her dreams: charming, chivalrous, and charismatic.  Despite her father’s reservations about their ten-year age difference, she throws herself into the new relationship with abandon.  Stewart is a master at letting others see only what he wants and soon has Theodora’s father fooled into thinking he is the perfect choice for Theodora. 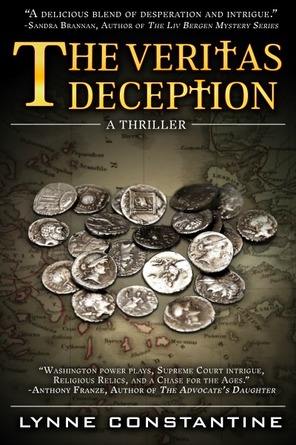 Days after he changes his vote on a bill he sponsored, US Senator Malcolm Phillips is murdered and his death disguised as an accident. He contacted one man before he died: investigative journalist, Jack Logan. He leaves Jack one clue that is supposed to help him uncover the truth and keep Phillip’s widow, Taylor, safe: search for Jeremy. But Jeremy who?

Friedrich Dunst, pardoned for war crimes and living in the States, never gave up the quest for what he believed to be relics of evil that provide untold power. Upon his death, his adopted son, Damon Crosse, took up the cause, and now helms a vast network of corrupt authority, controlling everything from social media and television programming to law enforcement and US legislation. His elite and well-known training facility recruits top students from around the world, but its legitimate programs are a front for something more insidious. Shrouded in secrecy and guided by dark forces, Crosse’s true agenda is known only to his own son who has now jeopardized it all by betraying him.

As Taylor and Logan begin to unravel the complex web of lies, they discover that the hunt for the set of ancient relics, dating back to the time of Christ, has driven Crosse and those before him to acts of atrocity and violence. But what do these relics have to do with a senator’s death? How long has a puppet master been pulling their strings—and will Logan and Taylor trust the right people long enough to win what becomes a colossal battle for souls?