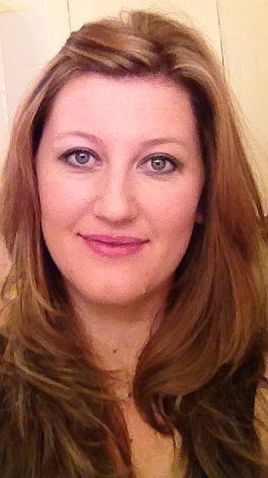 Lori (I thought writing this in third person would be more exciting) lives in Nevada with her loving man and three wonderful sons. (These little boys drive me nuts!) Though she's always lived there, she would rather be in the woods where the rain actually reaches the ground. (And the werewolves run wild...)

She writes paranormal romance (vamps), YA (spirit guides and werwolves), and Sci-Fi romance (plague and mass infection, but they end up in love in the end!), and self help (foot care) When she's not writing, she enjoys sharing a tub of buttery popcorn with her kids at an action flick. (mmmm) 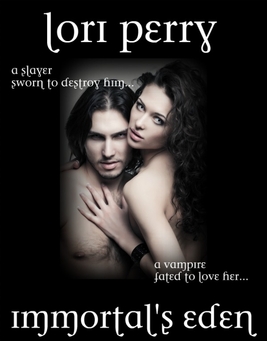 A slayer sworn to destroy him...

Anastasia spent centuries slaying the beasts of the night, reincarnated time and again until she became Danielle; a modern day head hunter with dreams of a beautiful huntress, and the vampire she wants to hate.

A vampire destined to love her...
Though he's witnessed her hunt his kind, Michael's draw to her cannot be denied. Nothing, not even time will stop him from claiming her.