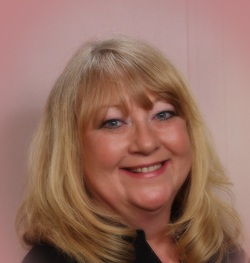 Lori Gordon has created stories since childhood. In recent years she has displayed notable diversity as an author, penning fantasy, science fiction, family novels, and thrillers. She had had short stories published in a variety of anthologies, and is currently working on her second thriller. Lori has taken turns in sales, as a marketing executive and entrepreneur and is now focusing on her writing. She has lived all of her life in Chicago and has an avid interest in gardening. 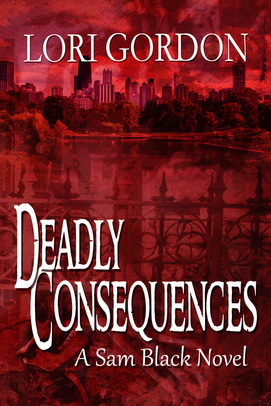 
The Sam Black series of suspense novels feature the detectives of the fictional major crimes unit working out of 18th Precinct… the Gold Coast...where the rich and fabulous live...and die.

Nothing good ever happens on Saturday nights. Not in a city the size of Chicago, and not for the detectives of the 18th Precinct. Detective Sam Black and partner Alec Winters respond to a chilling call. A dead body’s been discovered near the lagoon in Lincoln Park Zoo, one of the city’s largest tourist attractions. The Superintendent of police and Mayor are screaming for a quick resolution before the media creates a frenzy.

Sharp twists and unexpected turns force the detectives to put personal animosity aside when another girl goes missing. With the suspect pool quickly eroding, Sam follows a hunch that leads her to the killer’s lair and brings her face to face with a mad man determined to make her his next victim. 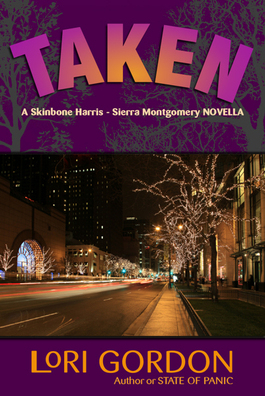 Coming face to face with the man who once tried to kill her, memories come rushing back to haunt Sierra. She soon learns that it’s easier to forgive than forget. As each of the players in the deadly game known as Foxtrot struggle to come to terms with Ethan’s return, a close friend of Wally “The Shark” Marx turns up on their doorstep and all bets are off.

A teenage girl has vanished on Chicago's Gold Coast. Skinbone and Shark investigate the obvious suspects while Sierra retraces the girl’s last steps. They lead her to an exclusive boutique on State Street, which Sierra quickly determines is a front for the Russian Mafia.

When Sierra goes missing, tension mounts and tempers flare. Skinbone races to find her while Shark and Ethan are forced to work together, a collaboration that ends in betrayal. The hunt to find the missing women heats up and a terrifying plot unfolds exposing Chicago's underbelly and its dark inhabitants.

State of Panic introduced a cast of compelling characters. Taken continues their journey, pitting brother against brother, trust is tested, and new alliances are formed. 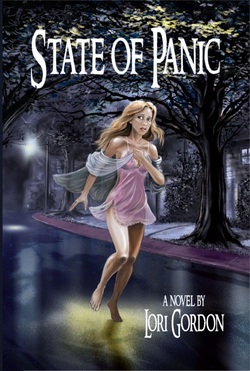 State of Panic streaks at heart-throbbing speed through a dangerous tale of murder and deception.

Run or die... An insidious plot. A chilling charade. A brutal murder is only the beginning. When her fiancée is burned alive and the murderer realizes there is a witness to his fiery crime, Sierra finds herself running for her life as she tries to unravel the mysteries surrounding the death of the man she'd planned to marry...

Armed with a single clue — a dog-eared photograph with the word Foxtrot scribbled on the back — Sierra’s life quickly spirals out of control. While on the run she uncovers her lover’s cruel charade, and a secret explosive enough to get her killed.

Faced with a puzzle where none of the pieces fit, she enlists the aid of a cyber genius known as The Shark. Together they are drawn into a maze of smoke and mirrors where no one and nothing is as it seems.

As they race to discover the killer's identity Sierra fights a growing attraction to Skinbone Harris, a mysterious stranger with dark secrets of his own. The sparks between them result in a terrifying game of cat and mouse. Sierra and Shark discover they can trust no one. Determined to expose the truth before it’s too late, they embark on a dangerous journey where not everyone survives.

Print and NOOK at Barnes&Noble.com
Click to set custom HTML