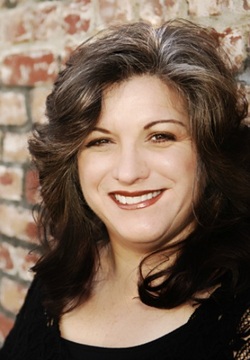 I am Lorena Bathey the author behind LorenaBBooks.com. I’ve always read copious amounts of books and scribbled stories. Losing myself in a good tale was my happy place.

My first book was Happy Beginnings, a hysterical memoir of my journey to find myself after my world fell apart while I was facing my mother’s death and my own divorce. Somehow these horrible circumstances pushed me to change and inspired me to learn to become my own fairy godmother. This meant I had to make my own wishes come true rather than waiting for them to happen to me. After I wrote the book I discovered I was a not only a damn good speaker but a great weaver of stories.

My first novel I wrote quickly. I developed the characters allowing you to spend time in their world. I paid astonishing attention to the dialogue and send the reader on a sensory bonanza filled with descriptions of food, locations, and personalities.

After that the ideas poured in and I find myself with seven new novel ideas in my creative queue. 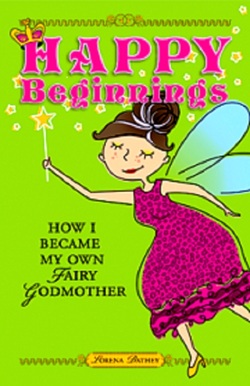 
It was clear eleven years, two kids, and one golden retriever later that my fairy-tale marriage was less than magical. After my husband read from neatly printed 3x5 cards each reason why he was leaving me I began recording the changes taking place in my life. It was time to re-evaluate the roles I had been playing in my life.

Realizing that no amount of wand waving could save my marriage, I began a new journey. This journey included starting over, making friends, finding new love, and occasionally sipping a martini or two while mastering self-empowerment.

Happy Beginnings: How I Became My Own Fairy Godmother (LorenaBBooks.com, $14.95) is a firsthand account of devastation, loss, recovery, and renewal told by me, a courageous witness to my life changing. It is a story of determination that exhibits the renewed purpose that I strenuously fought for and achieved n every facet of my life. 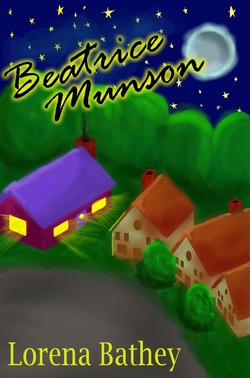 The story is about that girl in high school that always seemed to defy the awkward phases that all teens go through. Beatrice Munson is a book about that girl, only thirty years later.

This mainstream novel is the story that you stay up until three o'clock reading. The draw is these characters are familiar. You know these women, in fact, you might even BE these women.

When Beatrice Munson moves into this neighborhood she ignites an excitement within the women of suburbia that they forgot they had. Beatrice awakens them to see the passions and dreams they have given up in this life, which were mostly the theings they loved most. They see they have become settled and suburbanified. Through the five main characters and the events Beatrice brings to light, we see how lost these women have been. You understand these characters and how they cope with what their life delivers.

Beatrice Munsons's defining moment in life was the decision to either get a boob job or go to Egypt. When she chose to travel to Egypt it forever changed not only her soul but her countenance. Now Beatrice has moved back to her hometown to adopt a child and she begins to wake up the lives of the women of San Martino. Beatrice's mysterious and insightful ways, her broad use of colors only found in exotic bazaars, and the ability to make a lethal yet delicious cocktail begins to color the world of these women who had begun to look like their planned community homes, all the same.

Throw in a handsome attorney love interest for your narrator Marisssa, drag queens, an attempted rape, divorce, some tears, laughter, and amazing party planning and you have the basis for my first novel, Beatrice Munson.

This book is a waking up, a love story, and insight into the minds of women who give up themselves to the idea of home, children,and being wives. You'll meet Marissa, the statistical divorced mother of two. Her nemesis, who was the girl that stole the boy Marissa loved in high school, moves in across the street. Beatrice Munson is that girl and now exemplifies high school heartbreak and insecurity for Marissa.

This novel opens your eyes to the idea that love can exist in the most outrageous of places. And that love truly can create change even when it doesn't appear to make sense. 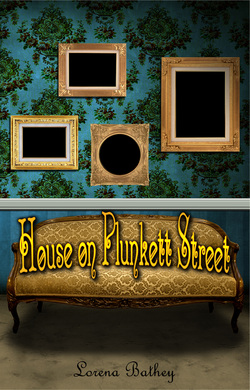 Phoebe Bertram is boring, bland, and unexciting. She works a job that is inadequate of her abilities. She has a boyfriend that is tolerable. She is on the treadmill of her life and doesn't know how to get off.

When changes occur in her job and her apartment goes condo, she must find a new place to live. Her friend, Meghan, brings her to the perfect apartment and the moment Phoebe steps in the door she knows there is something special and atypical about this perspective residence. She can feel it.

When Phoebe moves in the real fun begins. Three women ghosts from the past make their appearances. Isolda is from the suffergette era and tells how she made a stand to change women's fates. Polly, the second ghost, is from the roaring twenties and introduces Phoebe to fun, embracing color, and living in the moment. The last ghost, Hazel, is from the time of Rosie the Riveter and acquaints Phoebe with being powerful and having healthy realtionships.

Add a love interest in the handsome and inwardly dorky Blaine, serious self-realization, and even drama as Phoebe is thrown into a coma and finds out what being lost in space is really about.

Be there as these women share their stories and their worlds with Phoebe giving her real insight into who they were and how they changed the world.

Question is....will Phoebe learn some lessons and change her humdrum life into one filled with razzle dazzle and the potential for powerful relationships or will she decide bland is better? 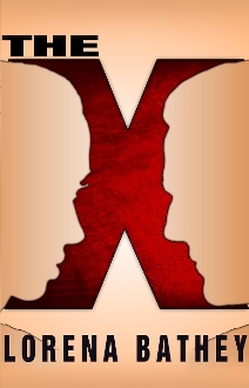 Clarissa Hadonfield had it all. She lived in a lovely home surrounded by affluent intellectuals, had a successful husband, and two phenomenal teenage boys.

With the ring of a doorbell she finds her life substituted by one where she has to fight for her children against an evil she never knew existed and had been sleeping next to for the last twenty years.

When Clarissa's X shows his true colors, she finds she must become a strong woman who cannot only grow prize-winning flowers but can place a devastating roundhouse kick. Teaming up with Bryce Brightman, an ex-FBI agent, she uncovers a woman whose only goal is to save her children.

This story is about what a woman can do when she put her brains, her brawn, and her boots into changing the course of her life and protecting the ones she loves. 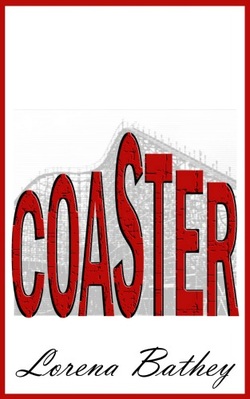 When a bomb explodes at an amusement park eight people are killed. The tragedy and loss change the lives of those around them.

What happens when disaster touches someone's life?
Will it inspire them, strengthen them, or destroy them?
And who perpetrated this terrible crime?

Coaster is a character study in grief and loss melded with a whodunit. The twists and turns Lorena Bathey has created will have you holding your breath, grabbing your chair, and wishing for more when it's done.