My name is Lizzy Stevens. I'm married and the mother of two wonderful boys. I've been writing for years and got my first publishing contract in 2008.

I like to write whatever comes to mind. I don't stick to a genre. I have paranormal romance, Romance, Mystery, Woman's Fiction.

A Surprise For Christmas 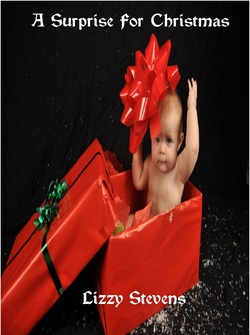 Samantha wasn’t expecting what she got for Christmas this year. Her doorbell rang and there sitting on her porch was a baby in a basket. This changes her life for the good. But then something happens. The baby’s father comes for his child. How can Samantha convince him that she is the best thing for the child? 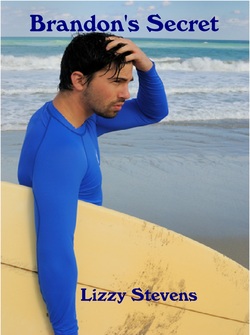 Rochelle moves to the beach to get her life back on track after her mother dies in a car accident. Shortly after she arrives she meets tall, dark and sexy Brandon. Night after night he shows up at her beach house and they have a great time together, but he never comes around during the day. Where does he go all day? He says that he is at work all day , but Rochelle decides to do a little digging around and unveils more than she wants to. What secret is Brandon keeping? “Brandon’s Secret” is a short story packed with romance, mystery, and secrets.

Emily Malone returns home to Texas, after almost three years of living in New York. When she gets to her uncle's ranch she meets Austin. Emily really likes Austin, but she has decided to keep a deep dark secret from him. While in New York, she had a horrible expierence. She was raped late one night. This was the worst night of her life, but she later found out that she was pregnant. Emily loved her child more than anything and it didn't matter her the father was. She chose to keep raise the child as a single mother. When she began to have feelings for Austin, she thought it was best not to tell him about the rape. She wanted to know that he felt the same way about her that she did him. She felt that if she told him, she would get his pitty instead of his love. Just when things are going great for Emily and Austin, the rapist escapes prison and comes after her. He blames her for all his problems and is out for revenge. Can Austin save her in time? Review from Satin and Lace Reviews: An emotionally seductive tale of a woman and a man who both love each other very much yet fear the result s of bearing their soul to the other. This novel is not only entertaining but plays on the fears and hesitations of most single and divorced adults in today's society. The combination of selfish ignorance, dramatic events and deep unavoidable love creates a must read tale.

Lizzy is on the run from an abusive boyfriend. Her boyfriend, Mark, takes a two week hunting trip every year. She takes this as her chance to run. Bruised and battered she packs a bag as quickly as she can and goes on the run. She starts a new life for herself as the owner of a small diner and gift shop. She starts to fall in love with the manager of her dinner, Logan. Just when Lizzy thinks her life is back on track, Mark finds her. Can Logan save her from Mark’s anger?

Rachel Connors loved her life, and her job as a manager at a ski resort in Aspen Colorado, but after learning she was ill, she decided to take a long needed vacation to her parent's home. This was when she met Kyle Landers, who in her absence had moved into her parent's lives, and before he'd even met Rachel, Kyle had decided not to like her. Kyle had been alone in the world when Rachel's parents had taken him in; and he couldn't understand why their ungrateful daughter had chosen to distance herself from them.

Rachel and Kyle grew closer, and she knew she was falling for him, but it wasn't until his accident when she learned that he also loved her. Rachel was scheduled to pick Kyle up from the hospital upon his release, but a call from her doctor summoned her back to Aspen, telling her parents there was a problem at work. When Kyle hears of this, he boards a plane to find her, learning the truth of her condition. Their love blossomed but it was to be short lived when on their flight back to the ranch the plane crashed. Despite an extensive search, Kyle was never found, and Rachel was forced to go on without him.

Four years had passed, and Rachel's relationship with Marcus, her new boyfriend, was moving to a different level, but at the same time, the thought dead Kyle had come out of his coma; his mind lost in the events four years earlier. After Rachel accepted Marcus' proposal, Kyle returns, leaving Rachel with a dilemma. For four years Marcus had been by her side, but now Kyle was back, wanting her just as much as he had the day of the crash. She needed to get away to make her decision, so she left for Aspen, only Kyle followed her to try to convince her that they belonged together.

Who will Rachel Chose? Is Kyle’s love enough to bring her back to him?

Ten years has passed since Rachel’s death and Kyle finally falls in love again. He falls for a new doctor in town, Amanda. Amanda is a widow with a four year old daughter and Kyle has two children of his own. As their love blossoms and they marry, Amanda becomes pregnant with Kyle’s child.

While going to the bank for what should be a quick stop, Amanda gets caught in the middle of bank robbery. The robber gets nervous when he hears the police sirens and grabs Amanda as his hostage.
The police notify Kyle that his wife has been taken hostage. The first thoughts going through his mind are that he can’t go through this again. He can’t lose his wife to a kidnapper again.

Can Kyle get to Amanda in time? Can he save her?