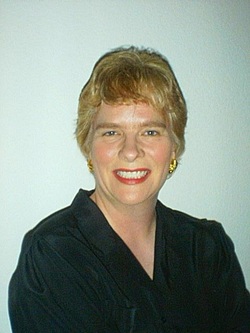 I am LITA BURKE, an indie fantasy author. As an avid reader, I enjoy downloading titles by new authors onto my Kindle and reading during my commute on the train. I work a day job and write my fantasy stories early in the morning before the day clutters up my brain.I've written fantasy fiction since I was 10 years old. As a teenager, I kept a daily journal where I recorded my observations of life and my place within it. As anintrovert, it puzzled me how others could be so outgoing and cool (which I wasn't--I was a geek before it was popular).

I wrote my first novels about the magical world, Enchanters of Sye, in Wrathand Tredan's Bane when I was in college. These early novels were the coming of age explorations of a young Enchanter. I don't plan to publish these earlier stories, but Sye still calls to me, and so I write about it.

The Clockpunk Wizard stories came much later. I drafted them for a publisher requesting fantasy novellas. This publisher declined the stories, but I kept writing the series because Wizard Kadmeion and his assistant magician Sir Bright still had things happening in their plate-shaped world.

I have revisited the Clockpunk Wizard stories, made them presentable, and now offer them for your enjoyment. Forever Boy starts things off with an adventure for Kadmeion's familiar, Furgo. Ephraim's Curious Device takes the two magicians on a quest for a magical object that will free the kidnapped Furgo. The latest Clockpunk Wizard story, Old Bony Blue Eyes, takes our three heroes on a dangerous journey to Sir Death's castle as a favor for a love-starved dragon named Lady Betrayal.

One thing I love about the fantasy genre are the imaginative works produced by indie artists and musicians. I enjoy combining their genius with my humble words to create videos of fantasy worlds. When you have a few free minutes, please visit Lita's elsewheres for Film Noir, Floating Lands, Steampunk London, and Evil Circus.

Whether you visit the Enchanters of Sye, immerse yourself in one of Lita's fantasy world videos, or ride an airship in Clockpunk Wizard, I hope you enjoy the journey. Do not fear during your travels. It matters not what perils you find in those fantasy worlds, for I will see you safely home. 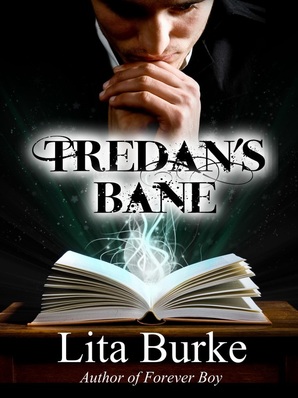 A magician’s ghost warns Lanith about fire and kisses. Fire for endings. Kisses for magical power like she’s never tasted before.

Lanith and her husband Tredan, magical curio merchants in the seaside town of Isor, have a quiet life until the day Lanith meets the ghost. She rushes home to find their store on fire and Tredan gone. Keeping a promise to Tredan to seek help if he ever went missing, Lanith teams up with Enchanter Nyle. The reclusive Enchanters are so attractive, the Church declares them a danger to a person’s soul. The warnings are valid. Before Nyle will help her, she must taste his magical essence with a kiss. It is a revelation shattering everything she knows about magic.

They discover Tredan is not what he seems. For years a Church spell compelled him to write a secret journal with magic that will ruin the Enchanters. Enchanter essence powers everything in their world. Without it, many will die from lack of magic to nourish their bodies, fuel their machines, and even make the water flow.

Now a Church magician has come to Isor and he will stop at nothing to acquire Tredan’s journal. Lanith has to keep him from getting the journal and enslaving the Enchanters. In addition, she must conquer her desire for Nyle and his delectable magic before it sullies her marriage vows and damns her soul. 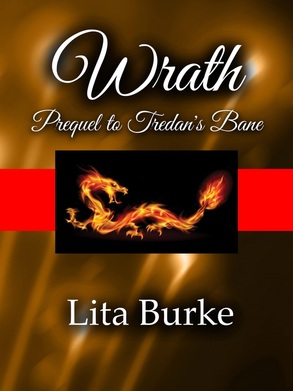 A charm hidden in a shipping box brings Tredan’s disgraceful past to his door.

Retired Enchanter Tredan and his wife Lanith, magical curio merchants in the seaside town of Isor, have been model citizens for years. But Tredan has harbored a terrible secret. As the victim of a Church-induced spell, he created a journal with spells to enslave the Enchanters’ magical essence to the Church.

Enchanters generate the essence powering everything in Tredan’s world. The Church has long resented the Enchanters’ exclusive control over essence. The head Church magician, His Divine, is determined to acquire Tredan’s journal and take the Enchanters’ power for his own.

With Lanith out on an errand for the morning, Tredan opens the box containing an Enforcer’s compulsion charm. This Church magician will stop at nothing to collect Tredan’s journal for His Divine. The ensnared Tredan must battle the Enforcer’s superior magic and keep the journal safe. Tredan must also find a way, even if he must enlist the help of the dead, to warn an unsuspecting Lanith before she returns home and falls prey to His Divine’s wrath. 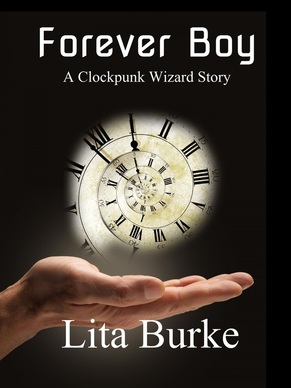 Life is dirty, difficult, and all too short for the dogs digging up the deadly mandrake roots that wizards animate with minor demons. A pup named Go Fer has an odd magical talent. He does not die from the fatal screams of newly unearthed mandrakes. Go Fer’s master, a prideful minor magician, sees Go Fer’s talent as a fluke saving him the cost of replacing dogs killed by the mandrakes’ cries.

One morning, a young Wizard Kadmeion and his half-elf assistant Bright watch Go Fer at work. This mandrake extraction goes horribly wrong, and Go Fer runs away during the hubbub. After seeking out the wizard, the dog’s life is not the same. In fact, Kadmeion discovers Go Fer is not a dog after all.

An exciting life as the wizard’s familiar awaits Go Fer. Instead of using mandrakes, Bright has built clever clockwork men who pilot Kadmeion’s wonderful airship. Go Fer would have a new name, a new boy appearance, and he would fly with his new master between islands that float above the sea.

But Magic Guild law makes the mandrake harvester Go Fer’s master, and Kadmeion will not go against the guild. Go Fer must return to the dog-murderer, lose his wondrous boy form, and dig mandrake roots until he dies. Which will be the very next time, unless the clever clockwork man and the kindly wizard can get him out of this fatal mess. 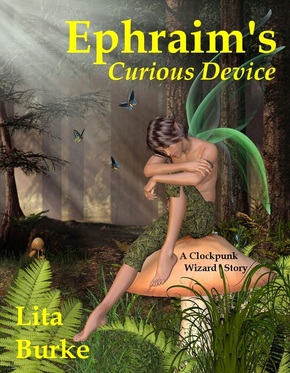 Wizard Kadmeion struggles with getting his magician-for-hire business off the ground. With their funds running low, and his familiar Furgo missing, the wizard and his clockmaker assistant Sir Bright answer a summons from a powerful local lord. Finally, they have a job.

Not true. His Lordship has kidnapped Furgo. Kadmeion must find the magical gadget called Ephraim’s Curious Device and use it to buy Furgo’s freedom. He and Bright have a few short weeks before the noble executes Kadmeion’s familiar.

With no information except a coded map, clues lead them to an oracle’s riddle with three impossible tasks. Even worse, they must go to one of the dying lands–a floating island heading for oblivion in the Rim Winds of their plate-shaped world. The island’s magic has soured, and Kadmeion struggles to save his companions and the island’s desperate fey-folk.

Fighting off seductive swamp inhabitants who feed on wizard’s flesh, and keeping His Lordship’s thick-witted bodyguards from getting them all killed, are constant inconveniences. Bloodthirsty harpies and worse opponents delay Kadmeion and Bright from locating Ephraim’s Curious Device and saving their kidnapped friend.

The wizard and his clockworks man know that time is not on their side. They must deliver Ephraim’s Curious Device to His Lordship before time runs out. If they fail, then tick tock. Furgo dies. 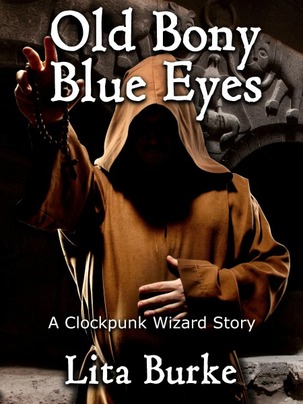 Wizard Kadmeion’s magician-for-hire business has improved, plus the harpies and certain fey-folk flourish under his magical care. All is well until a dragon named Lady Betrayal summons him.

Kadmeion owes the dragon a favor. He agrees to fetch the book Dragon Loreand cast its spells for Betrayal. Career-enhancing magic fills the book. If Kadmeion acquires it, then his reputation will bring wealthier customers.

Dragon Lore has a deadly guardian. To help their quest, Kadmeion, Bright, and Furgo first enlist the help of Luck, who they discover is no lady. Then they must convince the bickering egos of War to give them a weapon. The last task is visiting Death’s library, where a wizard may check out the Dragon Lore and keep it until the end of his days.

The problem with visiting Death’s island is coming back alive.

A wizard may roll dice with Sir Death for a safe return passage or fight his way out. Even with Luck and War helping, Kadmeion might not succeed. Despite their cleverness, Death’s blue eyes might be the last thing the wizard and his friends ever see.