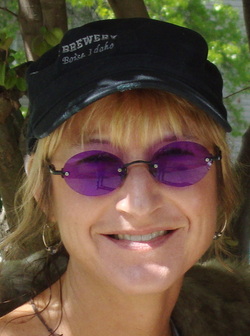 Lisa Vaughn, a proclaimed 'hippie-chick' and freelance artist, has taken her creative voice to a whole new medium, with her memoir, The Gifted Ones. A true story of resilience that sends a strong message of acceptance and the power of love - told in a raw, honest format, much like talking to an old friend.

Everyone has a story...this just happens to be hers.

Lisa currently resides in Florida along with her loving husband and four cats, where she continues to create her visions of self-expression. 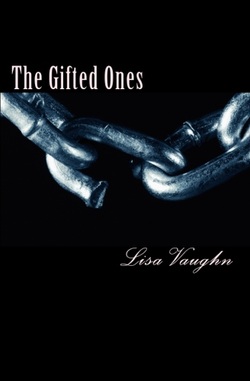 Lisa was conservatively raised in a Catholic family in no-where middle America, where excitement is scarce and dreams are for sleeping. Little did she know, at age thirteen, she would suddenly find herself on a totally different path. Through an unlikely chance meeting of a fellow classmate, she's surprisingly mesmerized, almost consumed, to befriend a girl who is obviously from the other side of the tracks...the cool side. Lisa does whatever she has to just to be accepted into this small club of coolness. Little did she realize, she was signing up for a lot more than social status. The two best friends find themselves innocently taking their relationship to a foreign level neither had experienced or saw coming. A rollercoaster ride littered with choices and challenges Lisa never fathomed facing, especially in no-where middle America. She will find out what she is made of as she faces the consequences and struggles that come along with going against the grain. Throughout their six year relationship, you will witness a touching story of human nature at it's best...and at it's worst. Showing just how far the human spirit can be challenged and pushed to a point where your “fight or flight” instincts naturally kick in. Struggling just to survive in a world where you are not like everyone else, but at the same time you really are. The daily struggles-both internal and external-are exhausting, yet necessary in their quest for one simple human need...love. Finally breaking through all constraints that hold them back, reaching levels of one-ness that few actually obtain in a lifetime with their partner...only to find once they've reached that special place, it's not quite the right fit...for one of them, at least. This contemporary story will lead the reader through highs and lows, giving insight to the every day challenges of the socially unaccepted, which will no doubt leave them rooting for the underdog. A true story of human resilience and the power of love...plain and simple.