I live in the Northwoods of Wisconsin, on the shores of Green Bay. I have always been a voracious reader of romances, mostly historical romances and sweeping historical sagas. I love researching different time periods and imagining what life was like back then so it seems only natural to write historical romances. My one vice, aside from reading romances, is coffee. I melt beneath the intoxicating sway of a strong white mocha latte promising to embrace my senses and carry me away. Mmmm . . . I can visualize the steam rising from that frothy cup as I sit here thinking of it. I write Historical Romance novels and non-fiction essays on women and feminist movement throughout history. I completed two degrees at the University of Wisconsin, in History and also in Humanistic Studies with an emphasis in Ancient and Medieval Research. 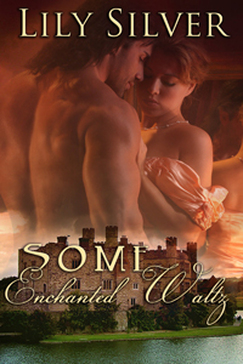 When a violent storm spawns power outages, radio DJ Tara O’Neill must keep broadcasting severe warnings to local residents without electrical power. As the storm intensifies and dead air devours the airwaves, Tara must reboot the transmitter to get back on the air. Lightning strikes as Tara reboots the system, hurtling her through time . . .

Lord Dillon needs a bride, immediately, to escape his enemy’s snare. He has always respected the Fairy Race. As a boy, he played with them in the secret glen and was warned that one day he would be called upon to shelter one of their own who has lost her way among mortals . . .

Tara appears just when he needs her, a strange woman with no memory; a wounded woman needing his protection. A beguiling woman with fey features and a strange tattoo of fairy wings across her back . . .

Memories collide with terrifying dreams of being kidnapped by a Darkling Fey Prince, making Tara uncertain of her true origins. Has she been sent to Adrian as he insists to save him from some disastrous fate? If only she could remember this time of Irish history . . .

As they journey to Dublin, little does Tara realize her husband’s business there is rebellion. The United Irishmen are preparing to seize the government and free Ireland from her British oppressors.

Is True Love stronger than the call to patriotism?

Can Tara prevent Adrian from dying for a cause destined to fail? 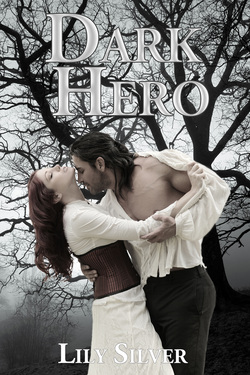 Guard Your Dreams . . . Lest They Emerge from the Mists to Embrace You!

After her mother is murdered, Elizabeth’s grandmother casts a spell summoning a champion to arise from the mists to rescue them. When a beguiling Irishman appears at their cottage one magic summer eve, he seems to be everything Elizabeth imagined in a hero.

But Donovan is much more than she bargained for when she said ‘I do’.

Once they arrive at his isolated estate, a dismal place where ghosts linger and sorrow pervades, Elizabeth fears her new husband may be courting madness. She struggles with his black moods, his eccentricities and their growing estrangement.

Tormented by dark memories and stalked by a malicious ghost cursed by an ancestor, Elizabeth is forced to embrace her Druid heritage in order to confront the disturbing secrets hidden in her soul. And yet, the price of honesty may be too steep; if Donovan learns her horrifying secrets she may lose his love forever.

The Rock Star Next Door 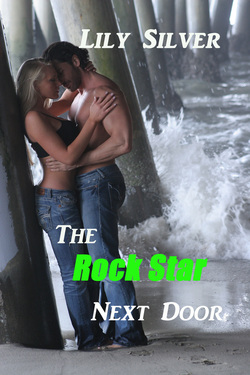 Some souls are destined to be together as true love transcends time . . .

From the first moment he saw her, Lex recognizes Jessie.
He knows they were lovers in a past life and their souls are destined for a reunion. Can he convince her they belong together?

Jessica Kelly has reached the pinnacle of success with her hot new rock band. She and her friends have rented a house in Malibu. Living next door is the notorious rock legend. When Lex takes a personal and passionate interest in Jessie, can she afford to lose her heart to The Rock Star Next Door?

Lex learns someone is stalking Jessie. She refuses to let him help her and hides the identity of her tormentor. Will their tragic past be repeated, separating them for another lifetime? Can Lex prevent Jessie from being taken from him again by a malicious and violent force reaching across time to destroy them?