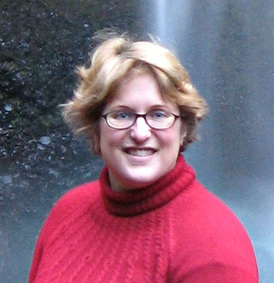 Lia London has been writing on-demand scripts and narrations for over 30 years. Her first full length musical was produced when she was only 19. In the last few years, she has turned to writing novels and novellas in a variety of genres, and in 2012, she began writing collaborative fiction with her readers. These stories get everyone's creative muses sparking and promise to generate some very entertaining books in the future.

Lia has traveled extensively on three continents, and brings her love of diverse cultures with her when she creates fantasy worlds. She currently lives in the Pacific Northwest of the United States with her husband and two children. When not writing, she teaches a variety of subjects, practices taekwondo, and sings when ever she can. 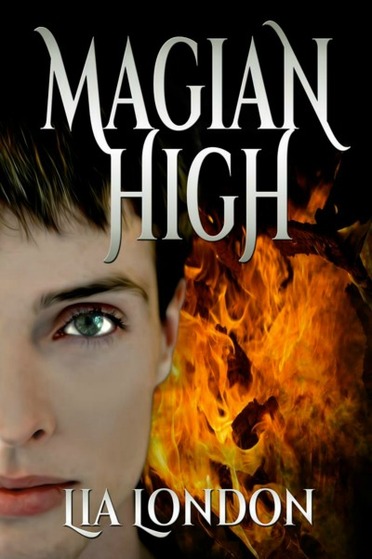 The Punkers moved towards us, and Amity and I were forced to back down the steps. When we reached the bottom, they formed a ring around us, all flying just a few inches above the ground.  With their shoulders almost touching, they locked us in and began to rotate slowly around us, like a hovering wheel of stupid.  Except that they all either had Water Balls or flaming thumbs.  We’re not supposed to use any magic on campus except Flash Jumping to get to outbuildings for classes, but I knew no one would really see what they were doing. Amity and I found ourselves back-to-back like the trapped heroes in the movies always do, except that I knew we didn’t have any awesome moves to bust out with.

The Circle of Law 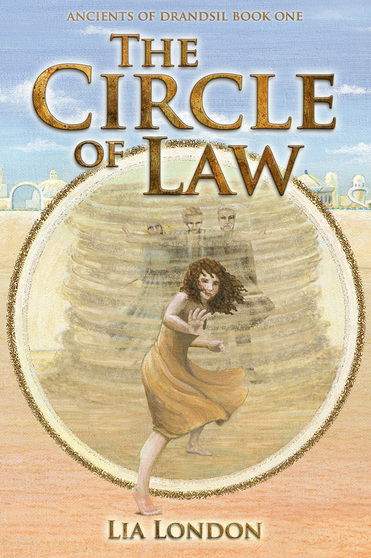 "I didn't know Ancients had to follow laws," said Marki.

"Through the Circle of Law, we come to know what it means to be an Ancient--to have been given such a Gift, and such a responsibility," explained Bobres.

Pride Leads to Ignorance, Humility to Knowledge
Integrity is Power
Unity is Strength
Serving Others Serves Self; Serving Self Serves No One Else
Listen
Understanding and Anger Cannot Live Together
Truth is Recognized, Not Created
Empowerment is Not Entitlement

Marki considered these ideas as she reviewed the events of the last two days. Her parents had died in the drought. She had been thrown down a well by an angry mob. She had been attacked by buyu, great cats and a shining, black serpent. And life was only going to get more dangerous as the Ancients gathered to save Cadeven from the tyranny of the Realm.

With a deep breath, Marki pulled on her Mantle, accepting the Circle of Law--and her role as the Governor of Death.


Click for a PDF sample of The Circle of Law 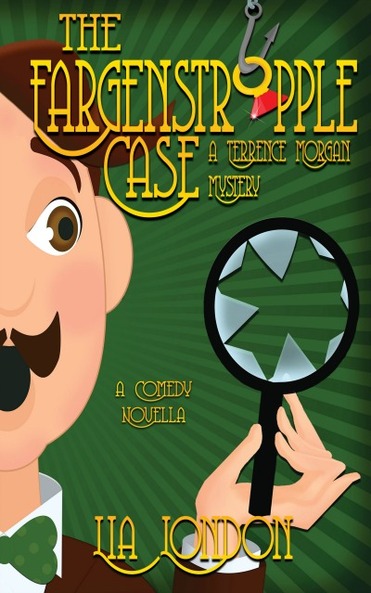 When Chief Inspector Terrence Morgan was called up to the Fargenstropple estate again, he assumed it was for another wild goose chase. He was wrong. This time stolen family jewels, an enigmatic debutante and radio-controlled ferrets make the case a real mystery. Full of witty dialogue, slapstick humor, and plot twists, THE FARGENSTROPPLE CASE is sure to amuse and intrigue you.

THE FARGENSTROPPLE CASE is the first published result of collaborative fiction on Ms. London's website. Each day, she wrote a chapter, received feedback and suggestions about where the story would go next, and then wrote the next chapter. When the story concluded, she polished and revised it, releasing the final product for reader enjoyment. Ms. London welcomes new participants in these writing projects daily, and hopes you will join her soon at LiaLondonbooks.com

Click for a PDF sample of The Fargenstropple Case

Parables & Ponderings: when God speaks to us through everyday items and incidents 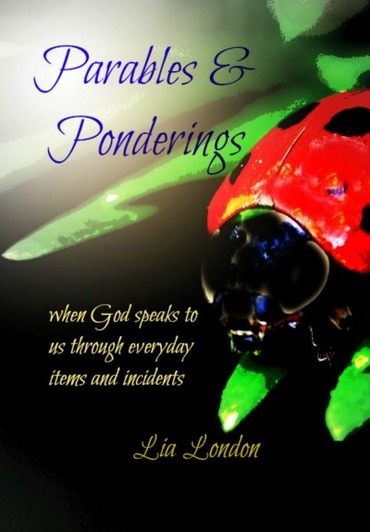 God is talking to us every day through the things around us. From nature to housekeeping, from traffic to sports–there are lessons in these things that He wants us to learn about life. With short, humorous, and very down-to-earth stories, this book simultaneously challenges and uplifts any soul seeking to be a better person and a better disciple of Jesus Christ.

Great for devotionals or daily meditations. 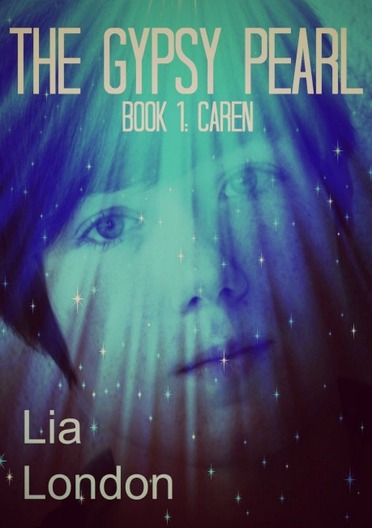 The creature caught my arm with superhuman strength. Sharp nails popped from the tips of its fingers like retractable claws. In a flash, the creature slashed my right shoulder. Holding a tiny white ball between its thumb and forefinger, it spoke with a gravelly voice. “No one steals a gypsy pearl!”

“I didn’t steal anything!”

With a violent shove, the creature crammed the ball into my wound and hurled me free of the space buggy...

Caz hates living in space. All her life, she has just wanted the chance to explore the Surface of any one of the three planets in the Granbo System. Her chance comes when she is sentenced to a Reformatory for violent youth on the blue-green planet Caren.

But the same strange creature that attacked her in space now follows her to the Surface and continues to make her life a living nightmare--until the day she realizes her life's purpose is to save the creature and its whole species. To do so, she must travel to all three planets on a quest to cycle a gypsy pearl and obtain untold power.
Amazon.com 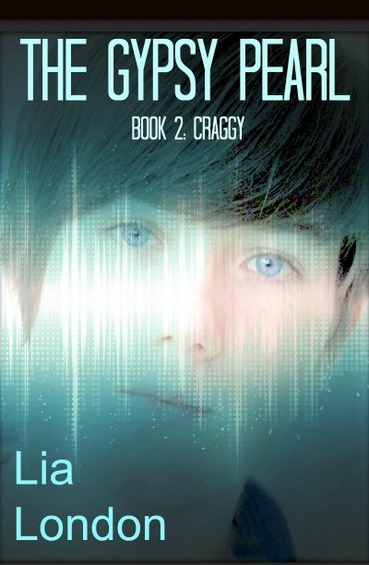 For those of us who had never been to Garvey, an attendant from the Ivan shared a short holographic presentation. As the blue shapes flickered before a semi-circle that included me, Alf, Maddy and another boy about our age, I willed moisture into my mouth. Even through the image, I could feel the dryness of the planet. Only a breathable atmosphere made it better than a giant asteroid. Solar panels, dizzying and blinding, covered all of the squat, hexagonal buildings. There were no bodies of water discernible from space, so all drinking water came from small subterranean streams. The temps at the mines would be at or below freezing most of the time. By the time the holograph faded, I wanted to apologize to everyone on the Arxon for ever whining about wanting to go to the Surface. Caren had been beautiful and lush, but this terrified me.

Nerves cracked my voice as I thanked the attendant, himself a native of Craggy. Fortunately, he credited this to a pubescent vocal changes. “Voice drop. Good. Means beard grow soon.” At least I’m passing for a boy.

Turning back down the corridor, I whispered into Maddy’s shoulder, “Why would anyone civilized want to live in such a barren wasteland?”

“Because no one civilized would want to live there.”

“That makes no sense.”

Alf poked me from behind. “No one civilized means no rules, yeah?”

“Oh, there are rules,” said Maddy. “Only two, though. Don’t get caught, and don’t kill anyone who covers for you.” 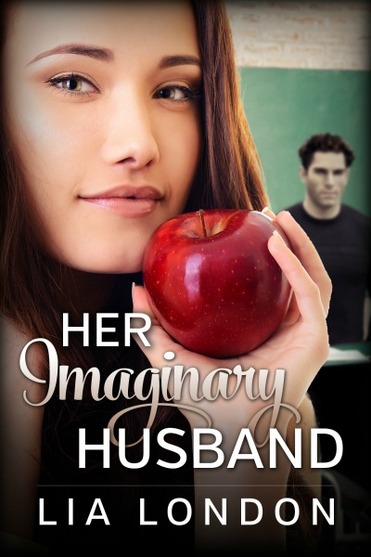 New teacher Nikki Fallon is trying to ward off unwanted advances from the hunky football coach. She should…

a) slap him silly.
b) report him for harassment.
c) invent an imaginary husband.

Of Mice and Momphibraks (A Maze of Tales #1) 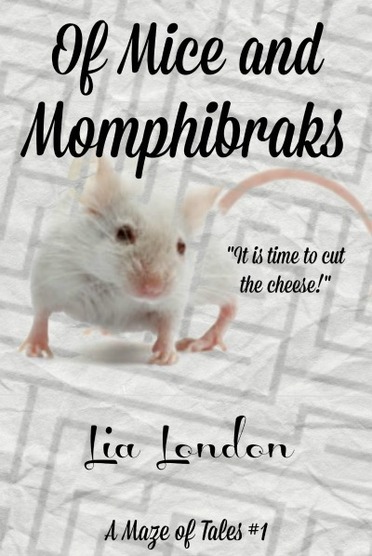 King Abnegolde, when he saw armored horses and banners cresting the hill into his valley, assumed that the approaching company must have been sent to seek out his daughter’s hand in marriage. He hoped so. The sooner she was off his hands, the sooner he could really get on with his taxidermy hobby–something which made Pennilopintha terribly squeamish, so he tried not to practice it during supper.
Princess Pennilopintha, on the other hand, sincerely hoped the approaching soldiers were merely lost.

Enter into A Maze of Tales–not your little sister’s bed time stories. No. Much sillier. Best read if you’re wearing your smarty pants pajamas. Happy endings over and over (and upside down).

Saccharine White (A Maze of Tales #2) 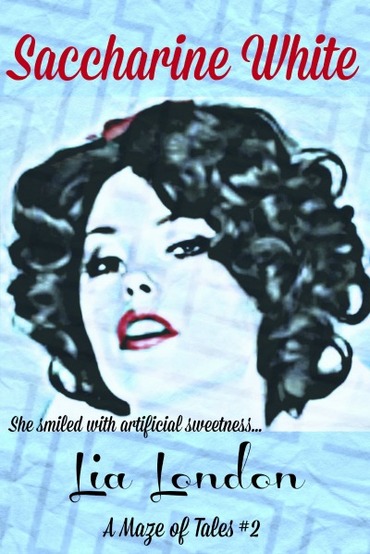 Once upon a time, there was a princess who had hair as black as night, lips as red as blood, and skin as white as snow, so naturally, everyone who saw her freaked out.

Her ghostly appearance created such an uproar that she often found it easier to retreat into the woods amongst the man-eating spiky bindles who were not as skittish.

One day, while gathering mushrooms and thistles (she was not the “flowers and berries” sort of princess), she happened upon a charmingly squat little cottage. Peering in through the open window, she marveled to see that all the furniture inside was very small. She counted seven little wooden chairs around a long, cluttered table. Up against the far wall, she saw a rocking chair, a broom, a mop and a basket full of moth-eaten socks.

Oh no! she thought. I’m not falling into this kind of trap. I’m not doing anyone’s cleaning or mending. I’m a proper princess!