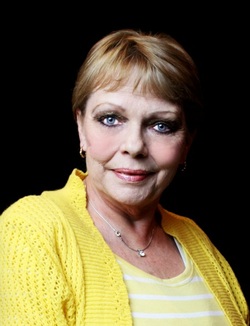 Laura Oneale hails from Johannesburg, South Africa, a majestic ever-changing country where mountains soar, wild animals roam, and a rainbow nation is emerging. Laura attended Athlone Girls High School and then studied accounting. She presently works as a financial manager in the engineering industry. She has three sons who pursued careers in music and art. From an early age, reading and writing have always been a passion. Known to her friends and family as a caring positive and supportive person, and with their encouragement to pursue her writing, she embarked on this project. She wanted to write a novel which included the culture and history of the Zulu people and embraced this project from the… inspiration of well-known writers of the fantasy genre, and spending time with the Zulu elders. She enjoyed writing this novel and has since the completion started the second novel in this series, taking Sipho on more daring adventures.

The Anglurian Story Book 1: Sipho and the Star Pearl 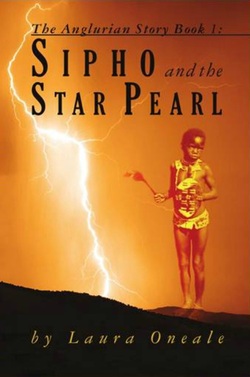 In the world of The Anglurian Story Book 1: Sipho and the Star Pearl, there is a sister planet to Earth called Anglur. It is the same environment as Earth, and its inhabitants live much the same as humans do, but there are many key differences. The Anglurians are spiritual beings who can communicate with their God Most High. There is no war, illness, or crime on Anglur. Food is free and in abundance. Death is not looked at as a bad thing; rather, it is viewed as an adventure to what comes next. The Anglurians wish to end evil on Earth, and create a more idyllic environment like theirs as that is their only mission. To that end, they have decided to recruit the Zulu inhabitants of Africa to assist them.

Several chapters into this creative book, a Zulu child named Sipho is born. He is a human-alien hybrid who has been chosen to accomplish the Anglurians’ mission. He is inexplicably linked with two English children, Emma and Irma. Together, these three extraordinary young ones embark on a journey from serenity, straight into the depths of hell. Their terrifying mission is to retrieve objects called Star Pearls from Satan himself. Satan has stolen these objects, and by retrieving them, the children will preserve goodness, and eliminate evil on Earth. Guided by the Anglurians, they embark on one frightening and awe-inspiring adventure after another, which they must continue to do until all evil is eliminated. They battle demons that are beyond comprehension.

Sipho and the Star Pearl is a unique story that stands apart from the rest, due to the fact that the author has chosen children as the heroes in a situation where most others certainly would have chosen adults. It speaks to a greater theme of trusting young generations to be the heroes of our future, and that children have a unique ability to combat evil. It is a fast-moving, exciting story that is sure to entertain all ages.