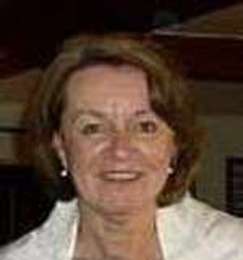 Mainly, she (and, until she killed them off, her pen personalities, Bryce Webster and Nicky McBride) wrote and wrote and wrote, no matter what else she was doing, because....

Oh, right. There is no because. Writers write. Even if they are wrangling horses 30 hours a week, or stashing homemade gourmet meals in the freezers of people with more money than time. In the end, it's all in aid of writing.

At the moment, the disparate energies in her restless soul are writing the next Shelf & Chloe Barker whacky mystery, a non-fiction book about societal idiocy, and a book of poetry. 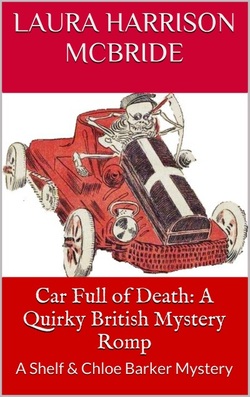 Lurch through East Anglia, UK, with the most lovable D.I. (Driving Instructor) in history ever to become a P.I. (Private Investigator), and plunk his bum on a stool in Brooklyn, NY, eating Junior's Cheesecake—real New York cheesecake.

Go with him as he attends a Mafia funeral to rival a royal wedding. And then worry and scold like a Yiddishe mama as he risks life and limb to solve a murder best described as a dripper.

Driving instruction? Oh, yes. He does some of that, and his driving students are, well, unusual. Some won't drive. Some won't stop. Some kill things along the way to driving competence. Like author Jonathan Gash's Lovejoy, the antiques-dealer-turned-sleuth, Shelf Barker is an encyclopedia of oddness, but a lot less snarky.

But he is non-politically correct--or maybe a better way to say it is omni-ethnic--about it all.

So how DOES a mild-mannered Brit go from giving driving lessons to the great British public of terrified driving students to solving a double murder? He has help. Like Janet Evanovich's almost helpless Stephanie Plum, Shelf works under the watchful eyes of two able helpers. One's an Italian beauty who can barely boil pasta, and the other is one of his ex-wives whom he fondly compares to a deadly snake. Not exactly Stephanie Plum's Ranger and Joe Morelli. More interesting.

He labours under myriad delusions, Shelf does, not least of which is that as a former university professor (his slide from grace has been bumpy), he knows everything about everything. Including English. When he chides his wife about her mistakes in English, she assures him her university studies taught her proper English. “I always add 'proper AMERICAN English',” he replies, “and that always gets me a fine Italian phrase in return, a sneer and sometimes a familiar hand gesture.” She probably learned the gesture from her Mafia forebears.

Go figure. Poor Shelf has to grapple with US idioms, suffer through the vagaries of British jurisprudence, and keep his astonishment hidden through an Italian funeral where bodies surf along Brooklyn roads and demented mafiosi retirees give the game away. To top it off, a central African warlord who sounds like Eddie Murphy in Coming to America plays a central role.

Still, Barker knows who he is, and isn't embarrassed to tell. “I might once have been a world-class anthropologist....I might have. But I wasn't. Just an ordinary bloke, educated beyond where it is wise to educate a member of the proletariat, trying to make a living.”

Barker is not a dab hand at handling a gun, but he can handle concepts just fine. And he has a fan-thing going for Lorena Bobbitt and her shorn husband, John. Remember them? Twenty years ago, Lorena trimmed her husband's private parts a bit too close. “A fiction writer couldn't come up with a better name for an egomaniacal American who fancied himself a matinee idol and who was shorn where it hurts—bobbed, you might say—than John Wayne Bobbitt,” Shelf notes.

Shelf has fun, he really does. See for yourself. He samples the best New York Cheesecake. He spends some quality time with the local constabulary. He falls in love. Again. And again? Maybe. 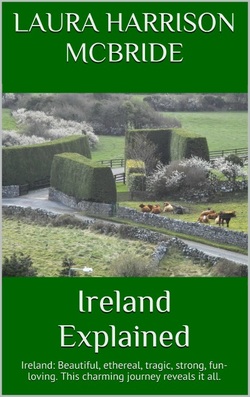 Ireland. An introduction to the matchless Irish experience of hospitality and good times, strength in adversity, spiritual intelligence when none might be expected, and a vibrant culture millions share, and millions more long for. Travel to Ireland in this book and come home with memories, or take it along and use it as a cultural compass to the Emerald Isle.

A Nation of Serfs: How the Greatest Generation Has Enslaved Us All 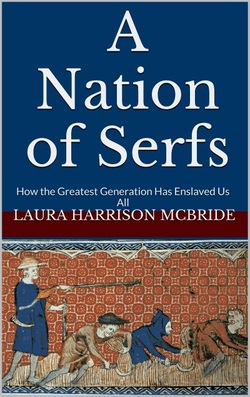 It's bad for most of us these days. Low incomes, high expenses, a Congress that seems more like a playpen full of unruly and somewhat stupid children. It's all George's fault, right? He did preside over the financial debacle at the end of his unfortunate term. Some think it's Obama's fault, but the truth is, he inherited problems too big for one man to fight alone...and he has been, mainly, alone. It is time to put the blame where it belongs, on the single generation that, like an architect drawing plans for a huge building that must not fall, wrote the blueprint for all our problems. Who? The generation Tom Brokaw gorrmlessly glorified as the Greatest. In fact, it was the greediest, from having too many kids with no regard for them or the planet, to ensuring their golden years would glow with a light provided by their children's and grandchildren's rising taxes and diminishing paychecks.. Indeed, looked at rationally, it was the so-called Greatest Generation that has made us all A Nation of Serfs. In just nine chapters, A Nation of Serfs explains it all for you. 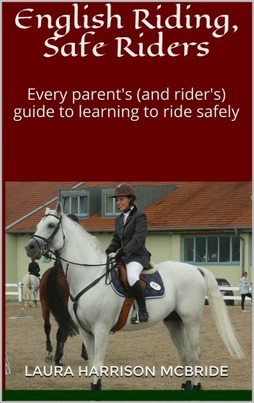 About age ten, many little girls (and fewer boys) want to learn to ride horses and jump. Every parent's nightmare! This book tells what to look for in riding instruction, and is geared to non-riding parents...as well as to the increasing numbers of adult beginning riders.

After a decade as a horsemanship instructor, McBride found a need for a book to tell parents how to find good, safe instruction for their children. Since it targets a relatively small niche market, it was the first book she self-published. 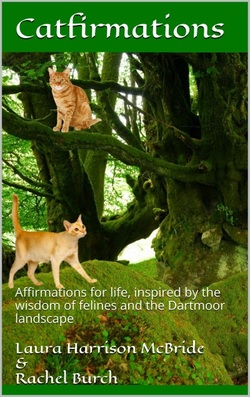 No self-respecting cat would teach you everything it knows...but our Dartmoor cats offer abundant Catfirmations to help you in your daily life. And there are some gorgeous pictures of cats and magical Dartmoor as well.

With Catfirmations, you can access the wisdom of cats when you need it. In this charming little book, by author Laura Harrison McBride and landscape photographer Rachel Burch (who tracked these kitties across the wilds of Dartmoor*), Dartmoor cats offer affirmations to help with virtually all of your life's major challenges, from health to safety. As a bonus, you get vibrant photos of magical Dartmoor scenes, and a collection of cat photos that would make almost any cat person's heart sing.