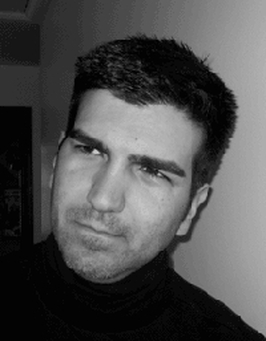 Larry Nocella sold his first article at age fourteen, and has been writing ever since. He is the author of the novel Where Did This Come From? the world's first CarbonFree novel, according to CarbonFund.org. During his writing life he was the editor of QECE: Question Everything Challenge Everything zine, eXtreme Conformity zine, and ROFL: Random Outbursts from Lar! blog. You can read all these and more at LarryNocella.com. His most recent project is the disturbing novel Loser's Memorial, available now on Amazon. 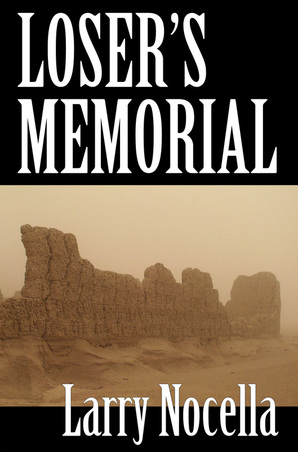 "I promise I will never join the military. I will deal drugs instead. I will steal. I will go to jail. Whatever it takes to survive, I will do, except join the armed forces."

So goes the oath that Pete's radical father forced him to take in 2004, but just a few years later, escaping jail by taking advantage of the newly signed "Cons-to-Soldiers" bill, Pete finds himself in the middle of the Iraq War.

Thousands of miles away, an innocent Moroccan boy named Jamil is kidnapped and sold by bandits who collect bounties for capturing suspected terrorists.

Together the two young men descend into the lawless world of unsupervised military contractors and secret prisons, caught in the profiteering born from the War on Terror, where the surreal becomes horrifyingly real.

Both end up fighting a losing battle to retain their humanity as they learn that sometimes the only hope of escaping a twisted situation is to become more twisted.

Loser's Memorial is Apocalypse Now for a new generation. Two young men from different countries are driven to madness as they are dragged into the global war on terrorism. Through alternating perspectives across several years, Loser's Memorial takes you on a journey into the disturbing and surreal world of war without end, war without purpose, war for profit alone. Told with a masterful blend of intensity, humor and humanity, Loser's Memorial is of that special breed of novel that spares no one from its skepticism, yet still remains entertaining and thrilling to the very last word and beyond.

Where Did This Come From? 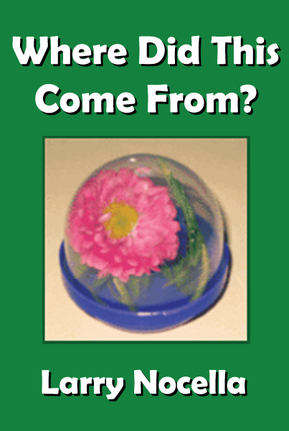 Based in the fictional South American nation of Palagua, the novel Where Did This Come From? follows the Huapi tribe's desperate struggle for survival. When American tourist Joe Vera saves the life of the Huapi chief, he is rewarded with a rare and beautiful crystal unknown to the outside world.

Back in America, Joe gives the crystal as a gift to the terminally-ill son of his ex-girlfriend, but it isn't long before the crystal attracts the interest of a leading U.S. toy manufacturer, MajorCo Toys. In an instant, Joe is rich and the crystal is selling like crazy. MajorCo stock is skyrocketing, just before the Christmas shopping season.

The news from Palagua is much more grim. Mining operations are tearing apart the Huapi land. Civil war erupts as factions battle for control of the huge wealth suddenly found in this once-poor nation.

The Huapi find themselves and the jungle that supports them on the brink of annihilation. Joe struggles to stem the forces of desire he has unleashed. How do you fight want? How do you fight greed?

Can Joe and the Huapi hope to resist the apathetic hunger of consumers who never bother to ask, Where Did This Come From?

This book is suitable for Young Adult readers.
Amazon