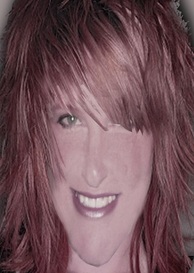 Before pursuing what seemed to be a shelved dream of becoming an author, L. Carroll worked in corporate management and training, first in the field of retail home décor, and then for a small book chain.  It took being surrounded by books day in and day out for her to finally realize that her passion for writing had been squelched long enough, and so the world of Lor Mandela was born.

With four young adult children and one pre-teen of her own, she's had a wealth of inspiration for her characters; her writing is strongly influenced by her own parent/child experiences.Currently, she resides in Eagle Mountain, Utah with her husband, Chuck, and their five children. 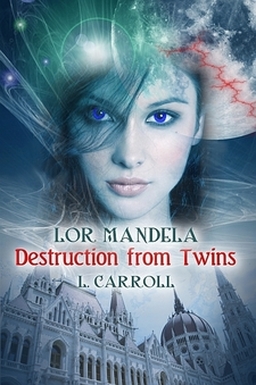 A selfish twin enchantress unwittingly sentences the world of Lor Mandela to its untimely death.  Only one can save it—the appointed Child of Balance, Audril Borloc—But how can a small child solve a prophetic riddle that baffles even the wisest adults?  And who will save Lor Mandela when, shortly after her fourth birthday, Audril disappears without a trace?

Audril Borloc must be found. When a group of spies travel to Earth looking for the little girl with black hair and bright blue eyes—traits that on Lor Mandela are exclusive to the ruling Borloc family—they find sixteen-year-old Maggie Baker.  While the age difference between the girls is obvious, Maggie has the Borloc traits—evidence enough for the desperate spies.

Following an earthquake that no one feels but her, Maggie’s mundane existence is launched into a thrill ride of twists and turns as she begins bouncing back and forth between her hometown of Glenhill, Iowa and the strange and diverse lands of Lor Mandela. Amid battling a ferocious two-headed beast, being abducted by a lawless band of Shadow Dwellers, and falling head-over-heels for the captivating son of an evil warlord, Maggie soon discovers that her blasé reality could be the real fantasy, and that the world of Lor Mandela may just be hers alone to save.

Download a Kindle sample of Lor Mandela - Destruction From Twins 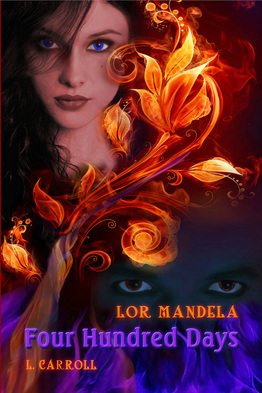 When Audril, the heiress to the Lor Mandelan throne, sneaks away to Earth to save one of her dearest friends, she finds that a power hungry tyrant from her own world has begun systematically obliterating towns and cities to get her to turn herself over to him.

On Earth, she meets a wildly eccentric old lady named Teedee Venilworth whose imaginary butler/fiancé supposedly holds the key to her success. But how can someone help if he doesn't exist? Could it be that creatures who dwell in shadow are not exclusive to Lor Mandela?

Book number two in the Lor Mandela Series, Lor Mandela – Four Hundred Days, is an action-packed whirlwind of intrigue and fantasy. Join the extraordinary characters from the first book, (both the good and the evil), as they traverse the haunted corridors of Alcatraz Penitentiary, travel via portal to an ancient castle on the cliff shores of Ireland, and meet a foreboding race of mystic warriors known as the Solom.

Soar on the back of a large horse-like creature to the Northern High Forests and discover that on the picturesque world of Lor Mandela, your friends can become foes, your enemies your allies, and just because someone dies, it doesn’t always mean that they’re dead.