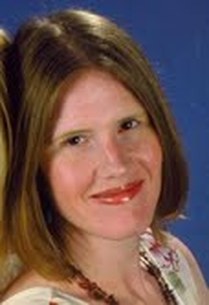 KT Grant is a self-proclaimed eccentric redhead who not only loves to read a wide variety of romances, but also loves writing it. Under her alter-ego, she is a well known book reviewer and blogger who doesn't shy away from voicing her opinion. A proud native of New Jersey, KT is multi-published and known for writing "out of the box" romances. KT has been quoted in such publications as the Romance Writers Associations’ Romance Writers Report and Night Owl Reviews. She has also been mentioned in the Guardian.UK, Publisher's Weekly's Beyond the Book and at Bookseller.com. KT is a top ten best-selling author at Amazon, as well as being a multiple All Romance Ebooks best seller and a Night Owl Reviews Top Author Pick.

For the Love of Mollie 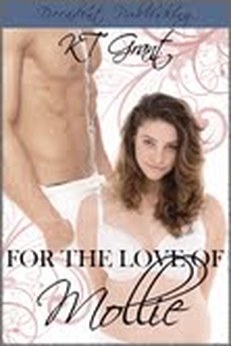 Mollie McGree is on a mission to seduce her best friend, the sexy masseuse Juan-Carlos. But she wants to lose a few extra pounds first. She joins a gym run by self-made millionaire and personal trainer, Conner Bean. Conner thinks Mollie doesn't need to lose any weight, and is perfect just the way she is. He plans to seduce the curvy Mollie by giving her his own special training sessions in passion and desire.

Soon Mollie is enjoying a no-holds-barred love affair with the vibrant and skilled Conner. But self-esteem issues on her part, as well as her unresolved feelings for Juan-Carlos, cause her to second guess Conner's motives. Conner will stop at nothing until he claims Mollie's heart for his own. 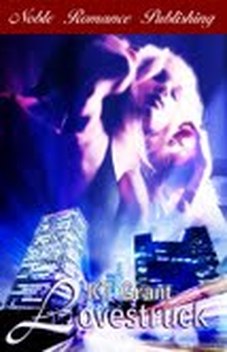 CEO hotel mogul Barbara Jennings has three months to decide whether to close her Manhattan hotel or cut costs by firing some of her employees. She meets her much-younger employee, Jennifer Caffey and is instantly smitten. Now Barbara has another mission, and that is to seduce the innocent Jenny.

Jenny is also attracted to the powerful and beautiful Barbara, but has never really had a steamy love affair with another woman. Unwittingly, she allows herself to be swept away by her passion for this older woman who may ruin her life. 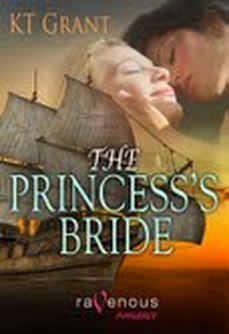 Daisy de Fleurre, an exiled princess from a far away land longs for true love. She almost experienced that at the tender age of seventeen, when she and her servant Chelsey, engaged in a smoldering love affair for one brief summer before they were both separated forever. Eight years later, Daisy is now engaged to a man who wants to offer her the world. But Daisy still longs for the woman she has never forgotten.

The dastardly lady pirate C.W. Dread, lives for revenge against Lord Humphrey, the man who murdered her family. She will kidnap Humphrey's fiancée, hold her for ransom, and introduce her to the delights of the flesh. Then her revenge will be complete! But Dread is in for a shock when her prisoner is a blast from her past who she once adored deep down to her very core.

Danger, adventure and passion are only a few things in store for this lady pirate and her princess as they both are overcome with lust for one another that can no longer be denied and contained.


Available in Print Kindle at Amazon.com

Available in Print and NOOK at Barnes&Noble.com