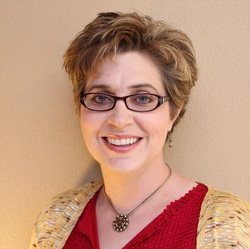 The youngest of four children, I’ve lived all my life (except for nine+ months in Spain) in Southeastern Michigan. I love the change of seasons and can’t imagine a Christmas without white snow, spring without drenching rain, summer without humidity (although that would be pretty nice!), or fall without patched-colored trees. But mostly, I think it’s the blazing blue skies and white puffy clouds that keep me here.

I’ve always been a reader, but didn’t start writing fiction until my second son was born. I found myself creating stories in my head as I rocked him in the wee hours of the night. Finally, I put my fingers on the keyboard and the magic started to happen. I initially concentrated on writing women’s fiction and even placed in a writing contest in California with one of those stories. But I didn’t dabble in that genre too long before I finally found my inner-tween voice and the stories began to flow. It also helps to have two tween boys living with me. Well, then there’s my husband…:)

You may notice that many of my stories have hockey as their basis. Part of that is because my oldest son plays hockey. But mostly it’s because it’s in my blood – my dad played, my brother played, even my older sister played hockey. I’ve watched a lot of hockey games and have even considered learning to play myself. Until that happens, I’ll live vicariously through my hockey loving and playing characters. 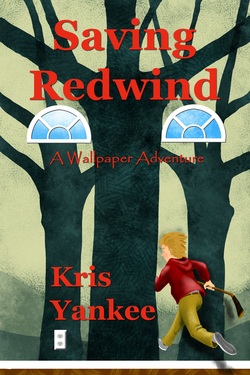 All eleven-year-old Nick Stevenson wants is an adventure like his dad’s. Oh, and for the creepy ceiling in his new bedroom to stop storming and spinning. When he’s asked to help save a world that exists inside his bedroom’s wallpaper, Nick thinks he’s found his very own adventure. But he has no idea it will involve talking rocks, dream-stealing birds, and becoming friends with wizards. Can Nick save Redwind and his new friends before his mom calls him home for hockey practice?