Kodai Okuda served in the United States Air Force at the end of the Cold War Era as a Thermo-Nuclear Weapons Specialist. After his term of service, he moved to Colorado and apprenticed to become a gunsmith. He worked in this trade for nearly a decade and gained considerable knowledge of ballistics and the skills to manufacture firearms. Presently, he is a small business owner. 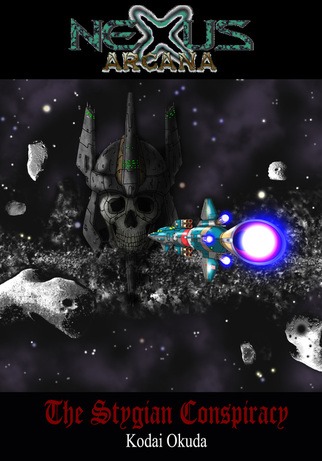 The Prodono ruled the galaxy for thousands of years.

Their civilization was built on the ashes of the galactic powers that came before.

Prosperous and extensive was their dominion until they found the Sol system and the dark secret held within.

Now, millennia after the fall of the Prodono, an intelligent race has emerged from the third planet orbiting this cursed star.

A race of hominids called Man.

Only two ancient orders know the extent of the danger posed by the antediluvian horror within our solar system. One seeks to possess and control it, the other endeavors to destroy it.

In the midst of the struggle between the pair of secret societies, one man's plot is driven by his insatiable desire for power as he moves to release an ancient alien evil that has lain dormant for over 500,000 years.

Will mankind succumb to this alien evil, or will it discover it quickly enough to stop The Stygian Conspiracy?