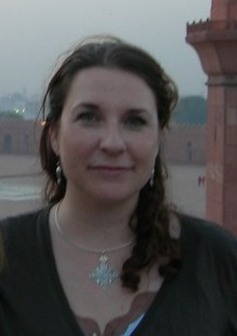 Kirsten Weiss worked overseas for nearly fourteen years, in the fringes of the former USSR and deep in the Afghan war zone. Her experiences abroad not only gave her glimpses into the darker side of human nature, but also sparked an interest in the effects of mysticism and mythology, and how both are woven into our daily lives.

Now based in San Mateo, CA, she writes paranormal mysteries, blending her experiences and imagination to create a vivid world of magic and mayhem.

Kirsten has never met a dessert she didn’t like, and her guilty pleasures are watching True Blood and drinking good wine. 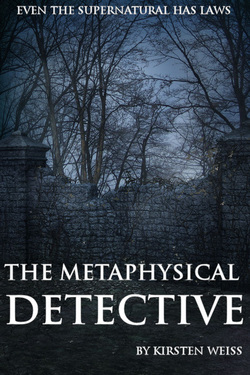 When Riga Hayworth finds her new client, Helen Baro, dead, she smells a set up of metaphysical proportions. Now, to find a killer, Riga must travel from San Francisco to the underworld – and make it back alive…

Riga’s parents named her for silver screen goddess, Rita Hayworth, but they had no idea she’d grow up to be a dead ringer for the actress. It’s just one of the many oddities that Riga’s had to learn to live with – along with blacking out streetlights and dealing with wisecracking ghosts.

Riga’s client, Helen, believes her husband is trying to kill her. One problem: Helen’s husband is dead. Riga isn’t sure what to think. Is Helen mad? Is someone else trying to harm the woman? Or is this really a case of attempted murder from beyond the grave? But then Helen is found dead, leaving a strange haiku and Tarot for a clue, and Riga is hurtled into an investigation that threatens the detective and those she loves.

A paranormal mystery based in the San Francisco Bay Area, the Metaphysical Detective explores the power of the archetypes through the double lens of Tarot and Greek mythology. 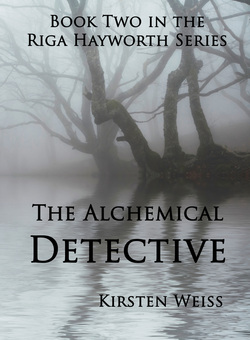 A psychic has been murdered in an occult ceremony and the police pay a visit to Riga Hayworth, metaphysical detective. But this time, she’s not a consultant on the case, she’s a suspect.

There’s a storm on the horizon. Riga’s lost her magic, and has come to Lake Tahoe to recover and spend quality time with her new love. But life for Riga is never that simple. A psychic’s been murdered, and the police believe Riga has a connection to the crime. They’re right. And if that’s not enough, Riga is drafted as the host of a reality TV show about the local lake monster, and her niece is rejecting her metaphysical abilities. Juggling demons, daimons, and angry tarot card readers, Riga must catch a killer before she becomes the next target.

The Alchemical Detective is a paranormal mystery that explores a world of alchemy and the imagination. 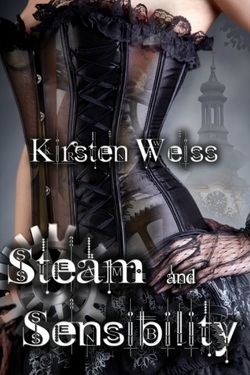 California Territory, 1848. Gold has been discovered, emptying the village of San Francisco of its male population. Steam-powered technology is still in its infancy.

At 19, Englishwoman Sensibility Grey has spent her life tinkering in her father’s laboratory and missing the finer points of proper British life. But when her father dies in penury, she’s shipped to San Francisco and to the protection of an uncle she’s never met.

The California Territory may hold more dangers than even the indomitable Miss Grey can manage. Pursued by government agents, a secret society, and the enigmatic Mr. Krieg Night, Sensibility must decipher the clockwork secrets in her father’s final journal, unaware she’ll change the world forever.

Magic, mayhem, and mechanicals. STEAM AND SENSIBILITY is a proto-Steampunk novel of paranormal suspense set in the wild west of the California gold rush.